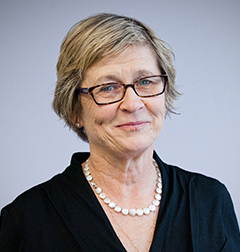 Kim has over 30 years of legal experience. She has worked in various government roles including the University of Sydney and Registrar in the District Court of New South Wales. Since 1989 Kim has largely acted on behalf of injured workers and police officers.

Her vast experience extends to specialising in duty of care claims for Police officers with psychological and/or psychiatric injuries. In 2000 Kim was responsible for successfully running the first of this type of litigation in NSW and which enabled many police officers and other emergency workers to obtain substantial awards of damages to compensate them for their psychological injury caused by their service.

“Over my 30 year experience, I have provided police officers with advice acting for them in all areas of the law”.