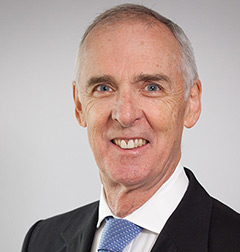 Paul O’Callaghan is one of the most experienced compensation lawyers in .

He is Special Counsel at Carroll & O’Dea’s office, which has a team of 10 lawyers, including two accredited specialists in personal injury law.

Paul has been involved in several major Australian test cases, in which important issues in compensation law were resolved and court decisions were enshrined into law.

The benefit of working with Paul is not just about his technical legal skill, but also he understands what clients need when it matters: practical support, compassion and someone to make sense of the legal process.

Paul is actively involved in the local community, volunteering at a senior level for a range of roles. He has been involved with the Catholic Care Advisory Board and is a member of the Finance Council for the Maitland/Newcastle Diocese.