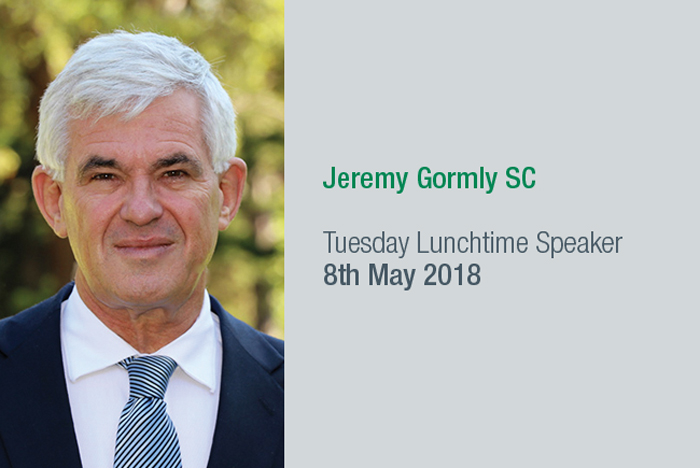 Jeremy Gormly SC has appeared, usually as Counsel Assisting, in many inquiries including the CAA Seaview Aviation Royal Commission, the Thredbo Landslide inquiry, the collapse of the NSW Grains Board, the Tripodi inquiry and the CCC Mallard Murder Conviction Inquiry in W.A., the McGurk Tapes inquiry in the ICAC, Operation Winjana in the PIC concerning use of the proceeds of crime legislation by the NSW Crime Commission, an ICAC investigation into Tonette Kelly’s actions in Maritime NSW and most recently, the Lindt Siege Inquest.

On a joint Ministerial Commission, he completed the mediated resolution of the outstanding HMAS Melbourne claims and later chaired NADRAC which was the advisory council to the Commonwealth Attorney-General on ADR from 2011 to 2013. He now chairs the national ADR body ADRAC. He has chaired and been a member of numerous Bar and other committees. He was a Board member of the Legal Profession Admission Board for 11 years and a member of the Legal Profession Advisory Council.