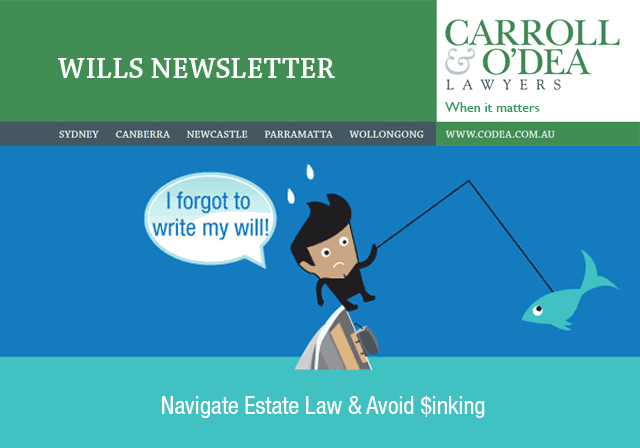 Welcome to the July issue of our Newsletter.
In this issue we include:

We trust you will find the material useful and interesting.

These days we all invest in Superannuation. Since the introduction of the Superannuation employer guarantee scheme in 1992, employers must withhold from salary earners’ pay-packets a prescribed percentage (currently 9.5% per centum) of their gross employment remuneration and remit that money to either:

If the trust deed for a super fund so permits, a Binding Death Benefit Nomination (BDBN) can be signed by a member to direct the trustee of their super fund to pay that member’s death benefits after the death of the member.  This area of superannuation can be confusing to readers as commentators sometimes loosely speak of “dependants” who are eligible to receive a member’s death benefits in 2 entirely different contexts.

Typically people operating businesses would prefer to contribute to a super fund which they managed themselves with the assistance of their accountant and financial adviser. In this way they can control what investments are made, subject to the investment restrictions in the SIS Act, and keep management fees at a minimum.

This decision of Slattery J considers the legislative provisions on how a claim for executor’s commission is determined.  Section 86(1) of Probate Administration Act 1898 (“PAA”) relevantly provides:

This case is a review of the Registrar’s decision to allow commission to be awarded from the estate of the late Rhonda Brenda Farrell to Mr Hawkins (a retired Anglican minister and a longstanding friend of the deceased) for his executorial duties.  Ms Barkley-Brown (a niece of the deceased) was the co-executor and one of the residuary beneficiaries in the Will.

There were no express provisions in the Will stipulating that the executor be awarded commission or any legacy for the executor in lieu of commission.  Accordingly Mr Hawkins made a claim for commission and requested for the estate accounts to be passed.

This case was heard in the NSW Supreme Court (Court of Appeal) on 17 July 2015 before Basten JA, Macfarlan JA and Gleeson JA and concerned an appeal from the decision of Lindsay J.

The case concerned a dispute between the deceased’s widow (the Appellant) and his two children from a former marriage (the Respondents). The deceased had died leaving the entirety of his $1.7 million estate to his widow, effectively excluding the Respondents from any benefit under the will. The Respondents had commenced proceedings in November 2013 and were awarded a legacy of $100,000 each pursuant to their successful family provision claim under Part 3.2 of the Succession Act 2006 (NSW). The Appellant brought the current proceedings seeking to have the legacies set aside and costs orders made against the Respondents. 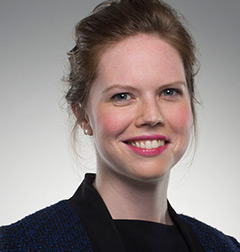