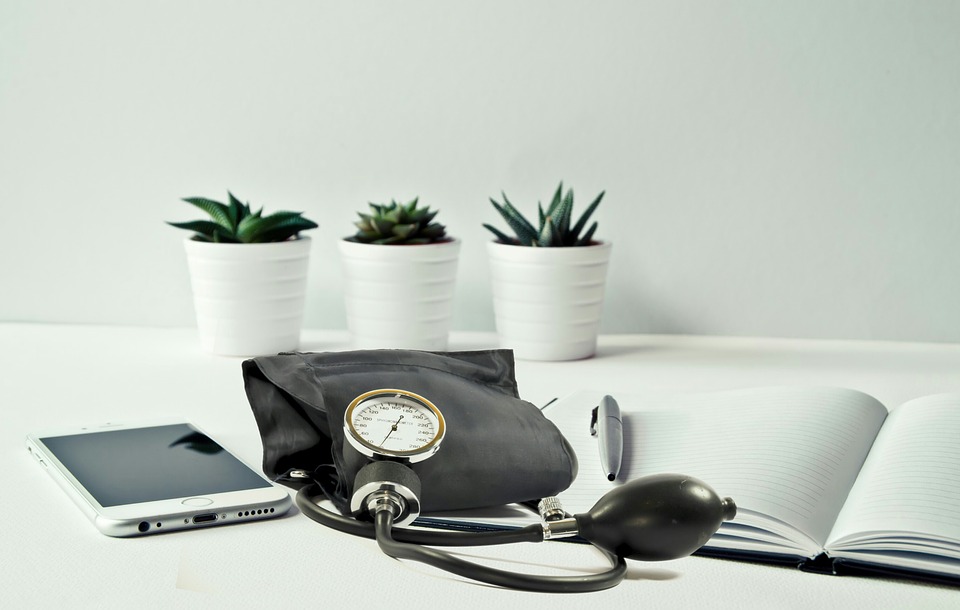 Two public inquiries examine the adequacy of responses by public health authorities and the Medical Board of New South Wales to multiple complaints about a medi- cal practitioner.

Dr Emil Gayed was a specialist obstetrician and gynaecologist who first started practising in Australia in 1994. He ultimately surrendered his registration and was later disqualified from registration for 3 years. Two inquiries were established to examine the adequacy of the responses to his complaints’ history by public health authorities and the Medical Board of NSW (as it then was).

This article discusses the background to and the broader application findings of Ms Gail Furness, who conducted both inquiries.

A professional misconduct finding in relation  to Dr Gayed was published by the Civil and Administrative Tribunal of NSW (the Tribunal) in October 2018.[1] The Health Care Complaints Commission (HCCC) of NSW alleged that the practitioner had engaged in numerous incidences of unsatisfactory professional conduct and that together they amounted to professional misconduct. By then, Dr Gayed was no longer registered as a medical practitioner, but the Tribunal would have cancelled his registration had he been so. The Tribunal disqualified him from registration for 3 years.

The Tribunal decision followed earlier proceedings under s 150 of the Health Practitioner Regulation National Law (NSW) (National Law) in 2016, as a result of which extensive conditions were imposed on the practitioner’s registration. Later, on appeal, his registration was suspended.[2]

The Tribunal proceedings were in respect of Dr Gayed’s professional conduct in the years 2015 and 2016 while he was practising in the regional town of Taree in NSW.

However, there was a longer history of complaints regarding Dr Gayed, dating back to 2001, arising from treatment of patients in 1996–98, about 2 years after his registration as a specialist obstetrician and gynaecologist. Concerns in relation to that longer history and the adequacy of the responses gave rise to two separate inquiries, both conducted by Ms Gail Furness SC, a member of the NSW Bar with extensive experience in health practitioner matters. Ms Furness was assisted by Dr Greg Jenkins.

The primary inquiry began on 21 June 2018 with the appointment by  the  Secretary  of  NSW  Health  of Ms Furness under s 122 of the Health Services Act 1997 (NSW), which outlines various functions of the Secretary including, under s 122(c), “to inquire into the administration, management and services of any public health organisation”.[3] The findings of that inquiry were released on 7 February 2019.[4]

The secondary inquiry, though its findings were published first, followed a simultaneous request by the Medical Council of NSW that Ms Furness inquire into the actions of the former Medical Board, now the Medical Council, in response to concerns raised about the professional performance of Dr Gayed. The findings of that inquiry were released on 9 November 2018.[5]

Dr Gayed had been a visiting medical officer at various local health districts, most recently the Hunter New England Local Health District which operated the Manning Hospital at Taree. The report of Ms Furness begins by providing a history of various events concerning Dr Gayed at hospitals in Grafton, Cooma, Kempsey, Mona Vale and Taree. She noted that, in most years from 1999 to 2016, there was a complaint or concern raised about Dr Gayed’s clinical treatment of a patient.[6] They were expressed by nursing staff, anaesthetists and other medical practitioners as well as, more recently, patients themselves.[7]

Those concerns continued notwithstanding the findings of a Professional Standards Committee in 2001 and the conditions then imposed on Dr Gayed’s practice; assessments by the Medical Board and Medical Council at various times over a decade and the imposition of further conditions on his registration; and the cessation and/or the effective termination of his contract at three hospitals: Cooma in 1999, Delmar (a private hospital) in 2007 and Mona Vale in 2007. Of most concern was that a repeated theme in the complaints and concerns was the unnecessary removal of organs, unnecessary or wrong procedures, perforations of organs and reluctance to transfer to tertiary facilities.

The report focused in particular on Manning Hospital, noting that the hospital did not have access to the private rooms records of Dr Gayed, that the hospital’s requirement for regular performance reviews were not complied with in respect of Dr Gayed and that there were no clinical supervision plans of him as required by hospital policy.[8]

In relation to Incident Information Management System[9] (IIMS) reports (the system for which commenced in 2003), aggregate reviews of incidents recorded on IIMS were not completed or not documented. The doctors did not record concerns on IIMS at all and the nurses did so selectively. There was no evidence avail- able to show that there was any review of the IIMS undertaken to enable any pattern to be detected or reviews followed up.[10]

Of particular interest is the comment by Ms Furness that “there was an attitude which prevailed that what occurred outside Manning Hospital with Dr Gayed was irrelevant to the experience of Manning Hospital.”[11] Hence, following the report of the Professional Standards Committee in 2001, the Mid North Coast Area Health Service (as it then was) did not carry out a review of Dr Gayed’s clinical privileges or a risk assessment as to Dr Gayed’s continued appointment at the hospital. The local health district did not make any enquiries of previous places of employment, the Medical Board/ Medical Council or the HCCC when Dr Gayed reapplied for appointment as a visiting medical officer in 2003, 2006, 2007 and 2011. It did not carry out a review of Dr Gayed’s clinical privileges after it was notified by the Director of Clinical Governance at Northern Sydney Central Coast Area Health Service of its effective suspension of Dr Gayed. After that notification, the local health district did not have Dr Gayed’s performance reviewed by one or more clinicians who were of the same speciality and did not have an appointment with or worked as a staff specialist  at  Manning  Hospital.  Ms Furness commented that such a review would have avoided any conflict or bias towards a visiting medical officer who carried a large burden of the roster of the hospital and was a colleague of many at Manning Hospital.[12]

Ms Furness made three primary recommendations as set out below. The first and third are clearly matters within the control of a local health district, whereas the second, concerning access to private patient records, would appear to require the cooperation of visiting medical officers and perhaps the consent of patients:

I recommend that governance processes of Hunter New England Local Health District be reviewed to ensure that IIMS reports are monitored at a local health district level to enable issues of patient safety relative to a particular clinician to be identified and to ensure that relevant staff have undertaken the reviews and investigations which the IIMS records as to be or having been undertaken.

I recommend that public hospitals which have arrangements with Visiting Medical Officers to undertake procedures on their private patients, using public facilities, should establish mechanisms to ensure access to suffıcient information about those patients to be satisfied that the procedures are being performed to an appropriate standard. The hospital was reliant on Dr Gayed providing most of the obstetrician and gynaecologist services. Local health districts need to identify these circumstances, particularly in regional, rural and remote areas, and ensure there is external oversight of the performance of medical practitioners providing such services [emphasis added].[13]

The secondary inquiry: Medical Board/ Medical Council of NSW

Paragraph 39 of the secondary inquiry report  by  Ms Furness identified three key issues that arose during her inquiry into the actions of the former Medical Board, now the Medical Council, in response to concerns raised about the professional performance of Dr Gayed. Those three issues were:

The report noted that legislation in relation to information sharing had, unsurprisingly, changed over the years since 1998 and therefore focused on the current legislative regime.[14]

Ms Furness stated in the secondary inquiry report that there remains no clear requirement on the part of employers to notify the regulator of a decision by the employer to withdraw or restrict privileges.[15] She did not expressly recommend that such a requirement should exist, but noted that the possibility of such an amendment to the National Law was identified in a recent consultation paper issued by the Council of Australian Governments (COAG) Health Council.[16]

As for the notification obligations of a practitioner, Ms Furness noted that there was a discrepancy between public and private employers.[17] Section 99(2) of the Health Services Act requires a practitioner to notify a public health organisation of an unsatisfactory professional conduct finding. She recommended that the obligation be extended to a private hospital at which the doctor is a visiting practitioner.

The report went on to discuss the performance assessment program and the monitoring of Dr Gayed, however the information sharing issues are arguably the most significant, as described above.

Responses to the inquiries and concluding remarks

NSW Health on 7 February 2019 announced that all local health districts had been advised of the requirement that, where services are reliant on a sole medical practitioner or a small specialist team, these services are subject to external oversight from practitioners in other parts of the district, particularly in regional, rural and remote areas. It is not immediately apparent what will be taken to be a “small specialist team” nor what form the oversight by practitioners in other parts of the local health district will take.

It was also announced that a review of the incident management reporting system to improve system over- sight is currently underway across the NSW Health network. Foreshadowed were discussions with “key stakeholders” to put appropriate processes in place such that visiting medical officers who provide care for their patients using public hospitals shall provide sufficient information to ensure that their care is appropriate.

Again, it is not immediately apparent what form that information may take. Ms Furness referred to the records of Dr Gayed and the test results for patients seen in his private rooms.[19] Arguably the recommendation may also extend to the reporting of adverse events and notifications of civil claims against visiting medical officers by patients. There does not appear to have been any reported or online civil claims against Dr Gayed, as at February 2019.

As for the Medical Council, it acknowledged that the response of health regulators to numerous complaints about Dr Gayed did not prevent his substandard professional performance for several years. Aspects of his management by the Medical Board, and later the Council, were unsatisfactory. Since it was established in 2010, the Council had made modifications to its performance and monitoring programs. Ms Furness’s recommendations were described as a valuable contribution to the revision of the performance program[20] currently underway.

[2] This decision appears not to have been reported or made available online.

[4] G B Furness SC Review of Documentary Material in relation to the Appointment of Dr Gayed, Management of Complaints about Dr Gayed and Compliance with Conditions Imposed on Dr Gayed by Local Health Districts (21 January 2019) www.health.nsw.gov.au/patients/inquiry/gayed/Documents/gayed- report.pdf.