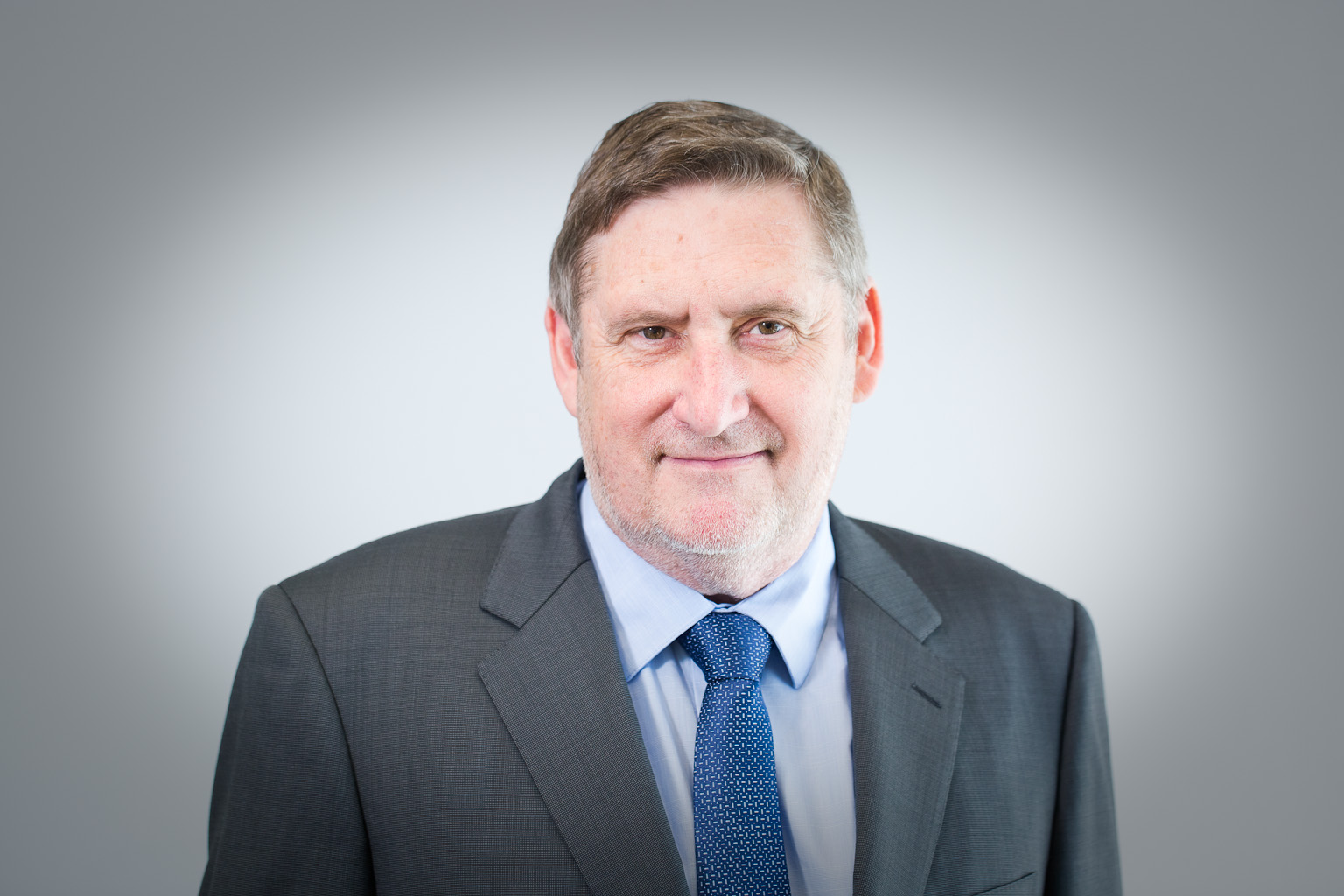 Expert witnesses: Inside the fight against ‘hired guns’

Expert witnesses play a crucial role in professional indemnity cases, and yet they are viewed with a lot of distrust.

A common option for those in a legal pickle — whether it’s to right some wrong, prove one’s own innocence or another’s guilt — is to obtain the services of an expert witness. And providing those expert witnesses has become something of a business.

You can see that simply by roaming around the web. For instance, Google “expert witness” and you will come across ExpertsDirect, just one of many services offering to locate experts on subjects ranging from herbicides, dingoes and machine failures to weather routing, cardiology and renal disease.

For the medical profession, there is much scepticism about this system; that expert witnesses are not there just to share their informed insights on abstruse, technical topics. Aren’t they just guns for hire, recruited by lawyers to spin the evidence as required? Isn’t truth in the legal system less about a dispassionate assessment of the evidence base and more the product of an adversarial tussle whose ultimate objective is to sway a jury of right-thinking men and women?

Lawyers wanting help with their case go to ExpertsDirect, supply an outline of what they are looking for and get a quote from the appropriate expert witness.

Fees start at $3000 for a medicolegal report, but can cost many more dollars for complicated cases, according to ExpertsDirect founder and lawyer Richard Skarnik. But he stresses this is not about offering up a list of guns for hire.

“The best way we have found to weed out hired guns is to look at their past case history. It’s very easy to do by going on [the Australian Legal Information Institute website]. You can see bad judgements against them. We sometimes look for judges who have said that the expert witness didn’t provide a well-reasoned report.”

He also looks at how many times an expert witness has been called by the plaintiff or defendant to see if they are skewed in presenting reports from both sides.

“We want experts who are independent,” says Mr Skarnik.

“If you’ve got a good case, I’d rather go to an independent expert as the judge will give more weight to that expert rather than run the risk of the evidence not being accepted.”

Does the hired gun still exist? Mr Skarnik says yes, but these gunslingers are not what they once were. They’ve been run out of town, shunned by the mainstream.

In 2007, Dr Valendar Turner, then a WA-based consultant emergency specialist, was engaged by the defence team of a SA man who had been convicted of endangering life by having sex with three women without telling them he was HIV positive.

The man, Andre Parenzee, was seeking leave to appeal his conviction based on what his legal team said was new evidence that proved his innocence.

In an affidavit provided to the Supreme Court of SA, Dr Turner said he was a member of the Perth Group — a group of scientists and activists who believe the HIV virus has never been properly isolated from AIDS patients — and that there was no basis in antibody testing that suggested Mr Parenzee infected the women with HIV.

In short, he was arguing that HIV did not exist.

In response, the prosecution raised a small army of HIV experts, led by Professor Robert Gallo, director and co-founder of the Institute of Human Virology at the University of Maryland School of Medicine in Baltimore, US. He was the man credited with finding the HIV virus back in the 1980s.

It was a protracted hearing where the science of HIV seemed to be on trial.
In his decision not to allow the appeal, Justice John Sulan seemed exasperated. He lashed out at Dr Turner in his judgement, saying he had “no practical experience” in treatment of viral diseases, and that his opinions seemed to be based on reading and critiquing the scientific literature.

Justice Sulan found that Dr Turner had attempted to authenticate his views in a misleading way, by claiming collaboration with a well-known HIV expert on new experiments.

The expert, however, said there had never been a collaboration as such, adding that he had only agreed to provide blood samples.

Dr Turner’s case is seen as a cautionary tale. But the issue remains a concern, particularly for those doctors caught up in medical negligence claims where a rogue expert witness can, through their evidence, drag out claims that have little merit, with all the collective misery that often brings.

It is worth pointing to the AMA’s code of ethics, which calls on expert witnesses to provide “informed, fair opinion based on impartial, expert evidence when reasonably called upon to do so”.

There are also practice notes issued by courts that outline the expectations of expert witnesses to provide relevant and impartial evidence in their area of expertise.

However, in Australian jurisdictions, expert witnesses involved in judicial proceedings have immunity from prosecution for what they tell courts, even if what they say seems to stretch the truth as we know it — even to the point that it breaks.

The argument for this immunity is simple — the court system wants to ensure that witnesses are able to give their evidence freely for the higher interest of justice without being worried about facing prosecution.

Immunity — the same immunity given to dodgy barristers or bad judges — is also about ensuring there is an end point to the law and that litigation doesn’t run forever.

However, this immunity has been discussed and questioned in Australian legal circles, as a result of a 2011 Supreme Court of the UK ruling, which ditched the protection altogether.

The case involved Paul Jones, who had been knocked off his motorbike by a drunk driver, and decided to sue for damages saying he had physical and psychiatric injury. But he later claimed his expert witness, the psychologist Dr Sue Kaney, had ended up signing a court report that his psychological reaction was only an adjustment reaction, not PTSD as Dr Kaney had originally told him.

Mr Jones alleged that Dr Kaney had not changed her mind as a result of new evidence, but had simply been under pressure. As a result, he had been forced to settle his legal case for considerably less damages than he deserved.

The UK Supreme Court ruled that Mr Jones had a right to claim damages against Dr Kaney. The court said it was not convinced the removal of immunity might make experts reluctant to provide their services, noting there was no immunity against disciplinary proceedings where an expert witness has negligently given an opinion. Nor was it convinced that removing immunity would create lawyers legal work for life in an endless merry-go-round of litigation.

Last year, Australian legal firm HWL Ebsworth wrote in an article on the case that the floodgates to litigation had not been opened by the ruling.

“There has been some industry reports that experts are more careful and are giving more measured advice in order to avoid having to make concessions at a later stage in the proceedings when their views are found to be unsupportable,” the firm wrote.

“Whilst expert witnesses are still afforded immunity in Australia, it is a timely reminder to lawyers to ensure that experts are fully briefed with all relevant materials and for experts to ensure that they set out the basis of their opinions in their reports.”

Call in the watchdog

Meanwhile, there have been calls for other ways to tackle expert witnesses who go rogue — namely, through the greater use of AHPRA to investigate.

Speaking at the Medico-Legal Congress in Sydney last month, Bill Madden, special counsel with Carroll and O’Dea Lawyers, said if someone were being deliberately selective with evidence, they should face disciplinary action.

“It would be useful to have more scope for disciplinary action for dubious expert evidence … If there was a doctor who started giving a lot of evidence that HIV didn’t exist, then I imagine the Medical Council would be very interested, very quickly.”

There is one precedent in Australia. Mr Madden mentions the case of Dr Zelko Mustac, a psychiatrist who was suspended for six months in 2004 by the Medical Board of WA for misusing the Test of Memory Malingering against two workers trying to claim compensation.

The test was designed to detect feigned amnesia and claims of pervasive difficulties learning new information.

But the board found Dr Mustac used the test to claim the patients were lying about their need for compensation.

Those damning assessments were written up in his medicolegal reports, which were used by a WA Government insurer to determine workers’ compensation.

Dr Mustac, who did go back to practise and has recently relocated to Sydney specialising in addiction psychiatry, did not respond to Australian Doctor’s calls.

Dr Jonathan Phillips (pictured), a psychiatrist with 40 years’ experience as an expert witness, says this punitive approach through AHPRA should be used in extremis, simply because expert witness misconduct can vary widely.

There are shoddy medicolegal reports and then there are those who are just plain unethical.

Judges and the medical profession could deal with the shoddy reports through peer critique, or denying them any further medicolegal work, he says.

But the unethical expert witnesses, those styled as hired guns, are a different story.

“If I thought there was something criminal going on rather than poorer standards, I would be under no compulsion whatsoever in referring the matter to the Medical Council,” said Dr Phillips.

“You have to have a high level of concern to report directly to the Medical Council because you are immediately putting another person’s practice in question.”

Another option for reform is more straightforward: the creation of expert conclaves.

Also known colloquially as ‘hot-tubbing’, it’s a process where expert witnesses called by both sides in a looming court case are put in a room to discuss key evidence. They then draft a joint report, stating matters agreed, not agreed and reasons for disagreement, which is tendered to the court.

Some courts in Australia have the power to direct expert witnesses to meet in an expert conclave before trial. However, it is often used on a voluntary basis by parties involved in complex medical negligence cases.

Dr Phillips says he enjoys the opportunity to collaborate with his peers on major issues in the case. He also points out it’s an easy way to weed out hired guns who are there to disrupt the process.

The other option is more familiar — it is the idea of the courts appointing their own independent experts.

Dr Phillips can see the merit in sensitive cases, such as sexual abuse, where the duel between expert witnesses can be counterproductive and do away with experts appointed by legal counsels.

But the idea is not liked much by lawyers.

For them, the adversarial system is the system to distinguish truth from falsity. So cross-examination of expert witnesses at trial, they argue, should remain central to testing the validity of the evidence before the court.

It is a common observation that medical and legal professions inhabit different worlds. But this issue is where these worlds collide.

One doctor involved in last month’s medicolegal congress in Sydney described the law as a game, and that knowing how to play the game is the way lawyers arrive at their truth. A few lawyers stood up to object.

Most doctors would say she was right. But for the time being — at least when  it comes to expert witness — the rules by which the game is played will remain as they are.