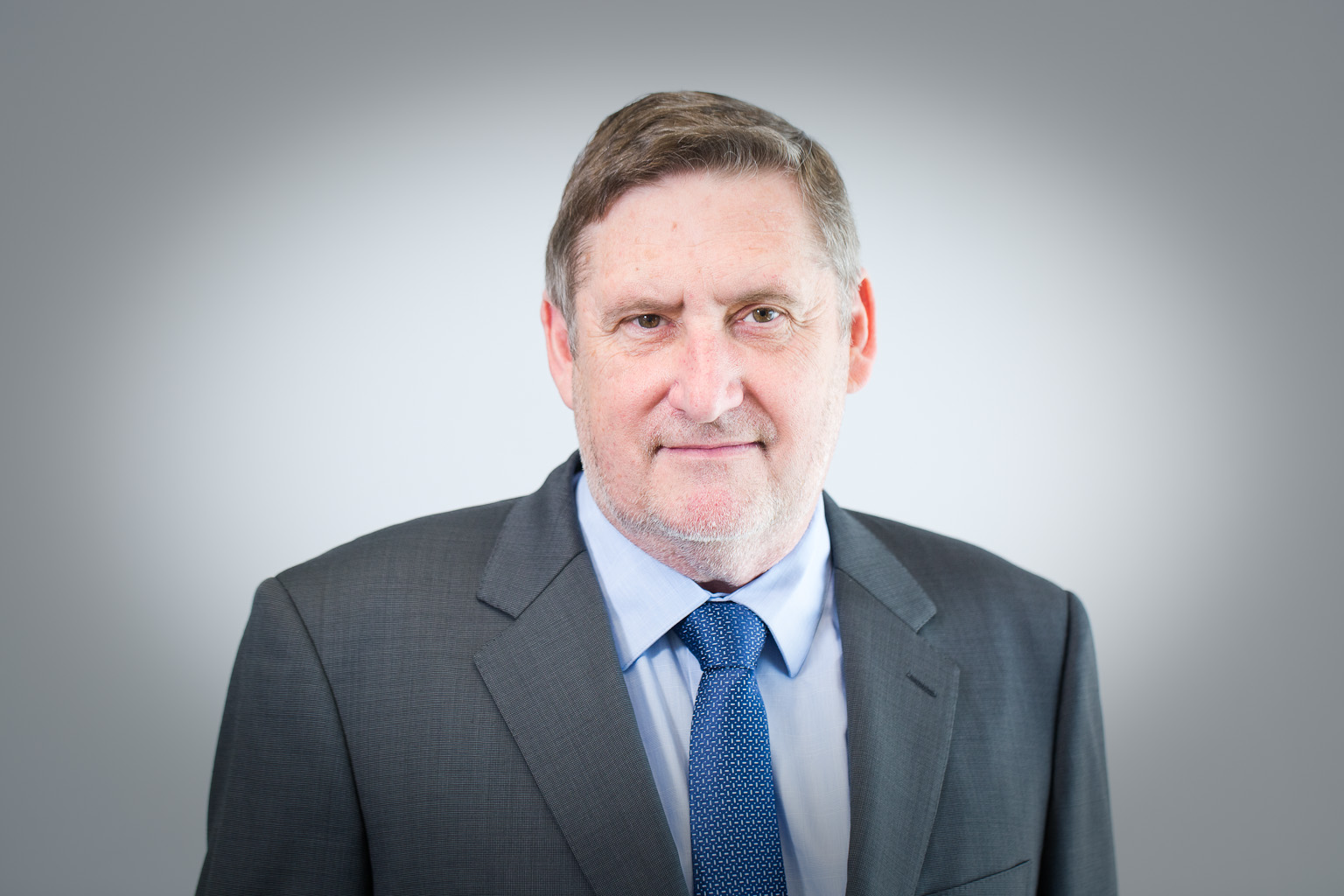 In a recent decision of the New South Wales Court of Appeal, the basis on which a trial judge could properly choose between competing expert opinions on mental harm was addressed. Perhaps of broader interest how­ever was the court’s focus on loss of earning capacity, in particular the principle that once a plaintiff has established a loss of earning capacity, the onus of demonstrating a failure to exercise any residual earning capacity lies on the defendant.

The matter of Sorbello v South Western Sydney Local Health Network; Sultan v South Western Sydney Local Health Network1 attracted some attention for the quantum of damages awarded to Ms Sorbello at trial for mental harm following the injuries sustained by her son Joseph he had suffered severe injury as  the result of oxygen deprivation during his birth at Bankstown Hospital (NSW) in 2008. It was common ground that, as a result, he was profoundly disabled, had a significantly shortened life expectancy and required lifetime care. The appellate consideration of some aspects of that matter was recently published as South Western Sydney Local Health District v Sorbello.2 That appellate con­sideration also raises some interesting issues, particularly in relation to loss of earning capacity, the onus of proof and the scope for Ms Sorbello’s employment by her son as his carer.

For non-economic loss in respect of her mental harm, Ms Sorbello was assessed at 35% of a most extreme case, equivalent to an amount in excess of $200,000. The trial judge  also  held that  the  consequences of Ms Sorbello’s psychiatric injury up until the time of the hearing were such as to have precluded her from paid employment, irrespective of the fact that her need to care for Joseph has also had that result.3 In respect of future economic  loss,  the trial judge held that:

… on the evidence, Ms Sorbello has a theoretical residual earning capacity, but there was no evidence that any jobs were available to her, which would permit her to exploit that capacity.4

It was for the defendant, the South Western Sydney Local  Health  District5   (Health  District), to  identify “practical job opportunities that were available to the respondent in the past of which he failed to avail himself, or any such opportunities that might arise in the future”.6    The Health District had not done so. Ms Sorbello’s future economic loss was therefore assessed on the basis that she will not be able to expend any residual earning capacity before retirement age. The order finally made in her favour was for an  amount of $1,278,459. 7

The Health District appealed the award of damages on two primary bases. First, it challenged the primary judge’s acceptance of the expert opinion evidence of a psychiatrist and a psychologist retained on behalf of Ms Sorbello over that of a psychiatrist retained on behalf of the Health District, as to the causation of Ms Sorbello’s condition (and hence the quantum of non-economic loss and economic loss). The second basis asserted that the primary judge was in error in assessing Ms Sorbello’s residual earning capacity by casting an onus on the Health District to establish what employment remained open to her. Further, it was contended by the Health District that the primary judge ought to have taken the approach outlined in Malec v JC Hutton Pty Ltd 8 which concerns the assessment of the chance that circumstances other than the defendant’s negligence would, in any event, have brought about the injury of which the plaintiff complained.
Simpson JA (Macfarlan JA and Meagher JA agreeing) dismissed both aspects of the appeal.

On appeal, the court noted that the primary judge had to select between the competing opinions of three psychiatrists and one psychologist.9 The only reason advanced for the proposition that she ought to have preferred the evidence of Dr Brown (for the Health District) was that Dr Brown had seen Ms Sorbello twice over a 2-year period, while Dr Klug, Ms Luca and Dr Allnutt saw her only once each. In fact, Ms Luca had undertaken her assessment over three sessions, but in a 2-week time frame.

Simpson JA bluntly described this argument as a superficial basis upon which to expect a judge at first instance to exercise judgment in relation to conflicting opinions of experts. 10 A more careful analysis indicated that Dr Klug’s diagnosis was of chronic adjustment disorder with mixed features of anxiety and depression, and Ms Luca’s record of Ms Sorbello’s symptoms as including generalised anxiety. The weight of expert opinion was therefore in accord with Dr Allnut’s assessment.

Dr Brown alone found the cause to be related to circumstances other than Joseph’s disabilities and to lie in matrimonial breakdown, and an underlying vulnerability to depression which she attributed to personality and relationship issues. The objective evidence did not support the proposition that Ms Sorbello had an under­lying susceptibility or vulnerability. It established that, following a traumatic event (a motor vehicle accident) in 2004, she had a 6-month episode of depression and excessive alcohol consumption from which she had recovered. No medical practitioner other than Dr Brown detected any underlying susceptibility, and it was not put to Dr Allnut or Ms Luca in the hearing of the concurrent evidence.

As to the trial judge’s reference to lay evidence (which the Health District criticised on the basis that whether or not the person is psychiatrically capable of working is a question for an expert), it was held appropriate for the primary judge, in exercising her function, to consider how the expert evidence sat with the oral evidence of Ms Sorbello and other witnesses.11

The loss of earning capacity

Two propositions were argued, both at first instance and on appeal, on behalf of the Health District. The first was that Ms Sorbello’s decision not to take employment arose as a matter of choice by her, not attributable to her acknowledged psychiatric condition. The primary judge rejected that, based on the psychiatric evidence that she accepted. For reasons given above in relation to the psychiatric evidence, no error was shown in that approach. The second proposition was that error was shown because the primary judge cast an onus upon the Health District to prove that Ms Sorbello was capable of working, and what work was likely to be available to her. This point led to a discussion of general application which warrants setting out in  full:

In this context, significant reliance was placed upon the decision of the High Court in Malec. That reliance was misconceived. Malec involved a claim brought by a plaintiff who had contracted a disease as a result of the defendant’s negligence. The plaintiff then developed a spinal condition which was a possible sequelae of the disease, and a neurotic illness. The Court of  Appeal in Queensland held that the neurotic condition was caused by depression induced by the disease. However, the court concluded that it was likely that the plaintiff would have suffered a similar neurotic condition even without exposure to the disease. It was in this context that the High Court developed the formula upon which the appellant relied. That was stated as follows (at p  643):

If the law is to take account of future or hypothetical events in assessing damages, it can only do so in terms of the degree of probability of those events occurring. The probability may be very high – 99.9 per cent – or very low – 0.1 per cent. But unless the chance is so low as   to  be  regarded   as speculative  – say  less  than 1  per cent –   or so high  as  to be practically  certain – say over 99 per cent – the court will take that chance into account in assessing the damages. Where proof is necessarily unattainable, it would be unfair to treat as certain a prediction which has a 51 per cent probability of occurring, but to ignore altogether a prediction which has a 49 per cent probability of occurring. Thus, the court assesses the degree of probability that an event would have occurred, or might occur, and adjusts its award of damages to reflect the degree of probability. The adjustment may increase or decrease the amount of damages otherwise to be  awarded.

That is entirely unrelated to the present case. Notwithstanding Dr Brown’s finding of an “underlying vulnerability”, it was no part of the appellant’s case at trial or on appeal that there was a chance that Ms Sorbello would, even without the appellant’s negligence, have developed a psychiatric illness that would have disabled her from working. It was found by  the  primary  judge,  and  not  challenged,  that Ms Sorbello suffers from a debilitating psychiatric condition that renders her fit only to work part-time. The issue is not whether she would have come, or been likely to come, to that point absent the appellant’s negligence. That the appellant’s negligence is the cause of her condition is established. The process required for the assessment of a chance as set out in Malec is entirely irrelevant to the present case. In the ordinary case, the possibility that some cause other than the defendant’s negligence might have affected the plaintiff’s earning capacity is catered for by the conventional allowance that is made for  “vicissitudes”. That was the appropriate approach in this case.
What is  now  in  issue  is  the  extent,  if  any,  to  which Ms Sorbello can exploit such working capacity as she has. It is important to note the distinction between “working capacity” and “earning capacity”. Toe terms are not co-extensive. “Earning capacity” recognises the realities of the world of employment.12

The court therefore confirmed its earlier position that, once a plaintiff has established a loss of earning capacity, the onus of demonstrating a failure to exercise any residual earning capacity lies on the defendant.13 However, the court went on to discuss  whether  the evidence established that Joseph was in a position to employ his mother as his carer, and to pay for her services.14 In that regard,  the court said:15

In the absence of such evidence it would have been erroneous to have taken into account, by way of reduction of Ms Sorbello’s damages, a postulated fact that Joseph had been  placed  in  a  position  to  provide  employment  to Ms Sorbello.

That aspect of the appeal was also therefore dismissed and costs were ordered in favour of Ms Sorbello.

The court therefore confirmed that a trial judge may properly make reference to lay evidence as part of the assessment of whether or not a person is psychiatrically capable of working; and that once a plaintiff has established a loss of earning capacity, the onus of demonstrating a failure to exercise any residual earning capacity lies on the defendant. Left for consideration in another matter of similar circumstances is the potential impact of the award to an injured child, providing funds by which a parent/mental harm claimant may exercise some earning capacity by the provision of paid care to such a child.