The nuts and bolts of the new NSW CTP scheme

As first published in the Law Society Journal – June 2017

The Act is the cornerstone of what is to be a new CTP scheme for all those injured or who die as a result of a motor accident in New South Wales. It represents a substantial shift away from what was fundamentally a fault-based scheme to a genuine hybrid model which combines access to statutory, no-fault benefits with limited access to common law damages. It also includes a number of new provisions designed to deter false or misleading claims and to reduce the opportunity for insurers to generate so-called ‘super profits’.

Central to the functioning of both the statutory and common law branches of the new CTP scheme is the definition of what is a ‘minor injury’.

Pursuant to s 1.6(1) of the Act, a ‘minor injury’ is defined as being one or more of a soft tissue injury or a minor psychological or psychiatric injury.

A soft tissue injury is defined as ‘an injury to tissue that connects, supports or surrounds other structures or organs of the body (such as muscles, tendons, ligaments, menisci, cartilage, fascia, fibrous tissues, fat, blood vessels and synovial membranes) but not an injury to nerves or a complete or partial rupture of tendons, ligaments, menisci or cartilage’ (s 1.6(2)).

A liability for statutory benefits of any type cannot be redeemed or settled by payment to the Claimant of a lump sum (s 3.42).

All injured persons under the statutory benefits scheme are entitled to have access to weekly benefits and medical treatment expenses (including commercial care) for 26 weeks after the accident, regardless of fault, but excluding those who are charged with or convicted of a ‘serious driving offence’ (s 3.37) and excluding at-fault drivers or owners  whose vehicle was uninsured (s 3.36).

Statutory benefits stop after six months for those mostly at-fault (responsible for contributory negligence of more than 61 per cent) and for those with a minor injury. The rate of payment will depend on the entitlement period and what, if any, is the extent of the loss of earning capacity.

Under the statutory scheme, the vast majority of injured persons are entitled to reasonable and necessary medical treatment payments (including commercial care) for life provided these relate to the injury resulting from the motor accident concerned. The main exception to this medical treatment coverage is in respect of those mostly at-fault or  in  the  case  of  minor injuries (s 3.11). There is some provision for medical treatment and care for those with minor injuries beyond six months but only where there is evidence treatment is likely to improve  recovery/rehabilitation or the insurer delayed approval or in some other appropriate circumstance (s 3.28(3)). After five years, liability for medical treatment expenses is to be transferred from the CTP insurer to the Lifetime Care and Support Authority.

There is a right of appeal from the Merit Reviewer to a Review Panel consisting of two Merit Reviewers if the Proper Officer is satisfied there is reasonable cause to suspect that the original decision was incorrect in a material respect (s 7.16).

Under the Act, a common law damages claim will now only be available for specified categories of economic and non-economic losses and only for those sustaining something other than a ‘minor injury’. The definition of economic loss at s 4.5 clearly excludes medical treatment and care expenses. This means that such expenses can no longer form part of a damages claim. As under the current system, non-economic loss is only available if the Claimant is assessed above 10 per cent whole person impairment.

A claim for damages is now to be made separately from a claim for statutory benefits. Unless the claim is in respect of an injury which has resulted in a degree of permanent impairment of greater than 10 per cent, claims for damages cannot be made before the expiration of 20 months after the motor accident (s 6.14). Unless the degree of permanent impairment as a result of the injury has been assessed at greater than 10 per cent, a claim for damages cannot be settled within two years of the motor accident (s 6.23). Accidents which were previously referred to as blameless motor accidents are now referred to as ‘no-fault motor accidents’ (s 5.1).

Non-economic loss damages are, as is currently the case, capped at $521,000. Past and future  loss  of  earnings/earning  capacity is capped at 2.5 x average weekly earnings which is currently $3,853 net per week.

There will now be a three year time limit which applies to lodging a Claims Assessment and Resolution Service (‘CARS’) application (s 7.34) but a CARS Assessor can grant leave for a claim to be referred for assessment outside of this period if a full  and satisfactory explanation for the delay has been provided.

The primary forum for resolution of common law motor accident claims is still a claims assessor who now forms part of the Dispute Resolution Service.

The new Act still provides that some matters will be exempted from assessment by the Dispute Resolution Service and will be permitted to proceed straight to Court as is presently the case.

Section 7.48 of the Act provides that SIRA will establish an advisory service ‘to  assist  Claimants in connection with their claim for statutory benefits and claims for damages and with the dispute resolution procedures’. Section 8.10 says that a Claimant for statutory benefits is only entitled to recover from the insurer reasonable and necessary  legal  costs  if  these are permitted by the regulations or the Dispute Resolution Service determines the costs to be payable. The Dispute Resolution Service is only permitted to allow payment of legal costs in a statutory benefits dispute if the Claimant is under a legal disability or exceptional circumstances exist (s 8.10(4)).

The position with regard to legal costs in common law claims is unclear at this stage and it is anticipated that this will be the subject of consultation with the profession over the coming months. Practitioners are reminded that there is already a prohibition on contracting out of party/party legal costs where the claim is resolved for not more than $50,000 by reason of the Motor Accidents Compensation Amendment (Claims) Regulation 2016 which applies to claims made on or after 1 November 2016. 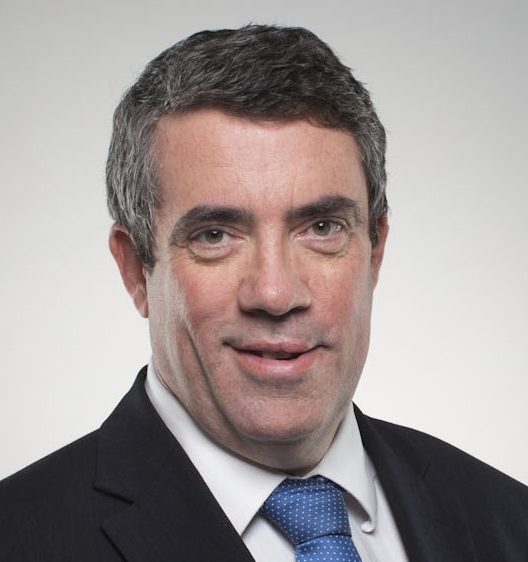 Tim Concannon is one of Australia’s leading experts in personal injury law.