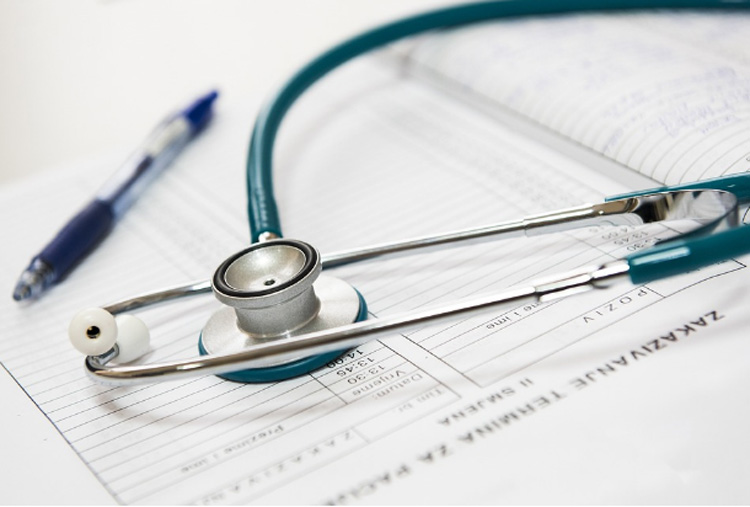 In some circumstances, a hospital may have to decide which of two patients has a better claim to a bed, or a better claim to a bed in a particular unit. However, even ceasing to provide in-patient care to one of them may cause distress or give rise to significant risks to that patient’s health or even life. Decisions of this kind are a routine feature of the work of hospitals and local authorities, even when there is no public health emergency.

University College London Hospitals NHS Foundation Trust v MB1 arose in the context of a dispute between a patient (“MB”) and the NHS Foundation Trust (“the Trust”) which operated the National Hospital for Neurology and Neurosurgery in London (the Hospital).
MB was a patient in a hospital ward intended for those requiring acute neuropsychiatry care. Her condition was described as follows:

Notwithstanding those conditions, the capacity of MB was not in issue.3
For more than a year, assessments and discussions had been underway with a view to MB’s discharge and ongoing support. Ultimately, suitable housing was located and the property became ready for occupation on 16 March 2020. The ongoing care package offered to MB involved 24-hour care, 7 days a week for a month, followed by an assessment to review ongoing needs.4 MB insisted, however, that she would not leave the Hospital until she received a guarantee of 24-hour care for at least one year before review. She was concerned that the assessment after one month would be used to reduce or withdraw her care.5 A later offer to extend the 24-hour care to three months was not accepted by MB.6

The Trust therefore brought a claim before the High Court of Justice, Queen’s Bench Division (the Court) for “possession” of the hospital room which MB continued to occupy. The possession claim was said to be urgent because the COVID-19 pandemic meant that the room was urgently needed for other patients; and because in any event it was contrary to MB’s interests to remain in the Hospital, where she was at increased risk of contracting COVID-19.7

MB was represented by counsel. His case was that MB wished ultimately to be discharged from the Hospital, but had concerns about the care package offered to her. He submitted that those concerns were connected to her complex mental health conditions, which amounted to disabilities. If she were discharged while those concerns remained unaddressed, and irrespective of whether the concerns were objectively well-founded, she would be at risk of suicide or self-harm or at least of suffering extreme distress. To discharge her in those circumstances would be contrary to the Trust’s obligations under Arts 3, 8 and 14 of the European Convention on Human Rights (“ECHR”) and contrary to ss 29 and 149 of the Equality Act 2010 (“the 2010 Act”).8

A medical practitioner, Dr Christofi, provided evidence for the Trust in the form of a witness statement. He said that the Trust was in desperate need of beds for patients unwell with COVID-19 and all patients who were medically fit for discharge were being discharged home or into other care arrangements that are deemed safe, as per the government’s guidance dated 19 March 2020.9 Dr Christofi further submitted that, in response to MB’s stated concerns regarding the care package that was offered, the specifics of such a care package and the reviews and therapists to be involved were matters solely for the Camden London Borough Council to determine, being the authority in charge of the relevant facility that MB was to be discharged to.10

The legal framework for the application was outlined briefly by the Court as follows:

The Claimant brings this claim to enforce its private law rights as property owner. As a matter of private law, MB became entitled to occupy the room she is currently in because the Claimant permitted her to do so by admitting her to the Hospital. The Claimant has now terminated her licence to occupy that room. It follows that she is now a trespasser. Ordinarily, the Claimant would be entitled to seek an order for possession pursuant to CPR Pt 55: see e.g. Barnet Primary Care Trust v H [2006] EWHC 787 (QB), (2006) 92 BMLR 17 (Wilkie J); Sussex Community NHS Foundation Trust v Price (HHJ Coe). That is not currently possible because of the general stay on possession claims effected by CPR 51Z PD.11 The stay does not, however, affect claims for injunctions: see para. 3 of the Practice Direction. A property owner is in general entitled to an injunction to enforce its rights as against a trespasser: see the decisions of the Court of Appeal Manchester Corporation v Connolly [1970] Ch 420 and Supreme Court in Secretary of State for the Environment, Food and Rural Affairs v Meir [2009] UKSC 11, [2009] 1 WLR 2780. A hospital is no different from any other proprietor in this regard.

In this case, the Claimant’s application is for an interim injunction, but the effect of such relief, if granted, would be tantamount to final relief. That does not preclude absolutely the grant of such relief, but it does mean that I should not grant it unless satisfied that there is clearly no defence to the action: Sir David Bean et al., Injunctions (13th ed.,2013), §3–38. The balance of convenience and other discretionary factors must also be considered.12

The court considered the available evidence concerning the effect of discharge on MB’s health and safety. The court accepted that it was not impossible that MB would try to commit suicide or resort to self-harm if discharged, but, on the evidence, the risk of this was moderate to low. More importantly, such a risk could be appropriately managed by the provision of 24-hour care and the availability of specialist mental health support.13 The court referred to earlier authority to the effect that clinicians cannot be required to provide treatment or care contrary to their own clinical judgment,14 and concluded as follows:

Patients have no right to occupy beds or rooms in hospitals except with the hospital’s permission. A hospital is entitled as a matter of private law to withdraw that permission. In deciding whether to withdraw permission, the hospital is entitled and indeed obliged to balance the needs of the patient currently in occupation against the needs of others who it anticipates may require the bed or room in question. Unless its decision can be stigmatised as unlawful as a matter of public law, there is no basis for the court to deny the hospital’s proprietary claim to restrain the patient from trespassing on its property. Where what is sought is an interim injunction which would effectively determine the claim, it is necessary for the court to be satisfied that there is clearly no public law defence to the claim; and the balance of convenience and other discretionary factors must also be considered.15

The argument concerning Art 3 of the ECHR was not accepted by the Court:

In some circumstances, a hospital may have to decide which of two patients, A or B, has a better claim to a bed, or a better claim to a bed in a particular unit, even ceasing to provide in-patient care to one of them to leave will certainly cause extreme distress or will give rise to significant risks to that patient’s health or even life. A hospital which in those circumstances determines rationally, and in accordance with a lawful policy, that A’s clinical need is greater than B’s, or that A would derive greater clinical benefit from the bed than B, is not precluded by Article 3 ECHR from declining to offer in-patient care to B. This is because in-patient care is a scarce resource and, as Auld LJ put it in R v North West Lancashire Health Authority; Ex parte A [2000] 1 WLR 977, at 996, “[i]t is plain … that article 3 was not designed for circumstances … where the challenge is as to a health authority’s allocation of finite funds between competing demands”. Decisions taken by a health authority on the basis of finite funds are, in my judgment, no different in principle from those taken by a hospital on the basis of finite resources of other kinds. In each case a choice has to be made and, in making it, it is necessary to consider the needs of more than one person.16

Nor did reliance on Art 14 of the ECHR take matters any further, with the Court noting that:

The decision to decline in-patient care to MB does not discriminate against her on the ground of her disabilities. The Hospital has treated her in the same way as a patient with different disabilities or with none: it has determined whether to continue to offer her in-patient care on the basis of her clinical need for such care. To the extent that this is itself discrimination against those, like MB, whose disabilities make them perceive a need for things (such as a rainwater canopy outside the front door) for which there is in fact no objective need, the discrimination would be justified even outside the context of a public health emergency. In the context of such an emergency, there is no prospect that a challenge based on Article 14 in these circumstances could possibly succeed.17

The orders made by the Court were as follows:

The Court expressed the view that decisions taken by a health authority on the basis of finite funds are no different in principle from those taken by a hospital on the basis of finite resources of other kinds. Australian readers may be reminded of civil liability provisions such as s 42, Civil Liability Act 2002 (NSW) which identifies principles which apply in determining whether a public or other authority has a duty of care or has breached a duty of care in proceedings for civil liability. Section 42 states that the functions required to be exercised by the authority are limited by the financial and other resources that are reasonably available to the authority for the purpose of exercising those functions; and that the general allocation of those resources by the authority is not open to challenge.19

The decision outlined above did not involve a comparison of the needs of two identified patients. But the decision to withdraw permission for MB to remain in the Hospital was still a decision about the allocation of scarce public resources. The Court commented that:

Decisions of this kind are a routine feature of the work of hospitals and local authorities, even when there is no public health emergency. The fact that we are now in the midst of the most serious public health emergency for a century is likely to accentuate the need for such decisions. The absence of evidence identifying a specific patient or patients who will be disadvantaged if MB remains where she is does not mean that such patients do not exist. It is important when considering human rights defences in cases of this sort not to lose sight of that.20