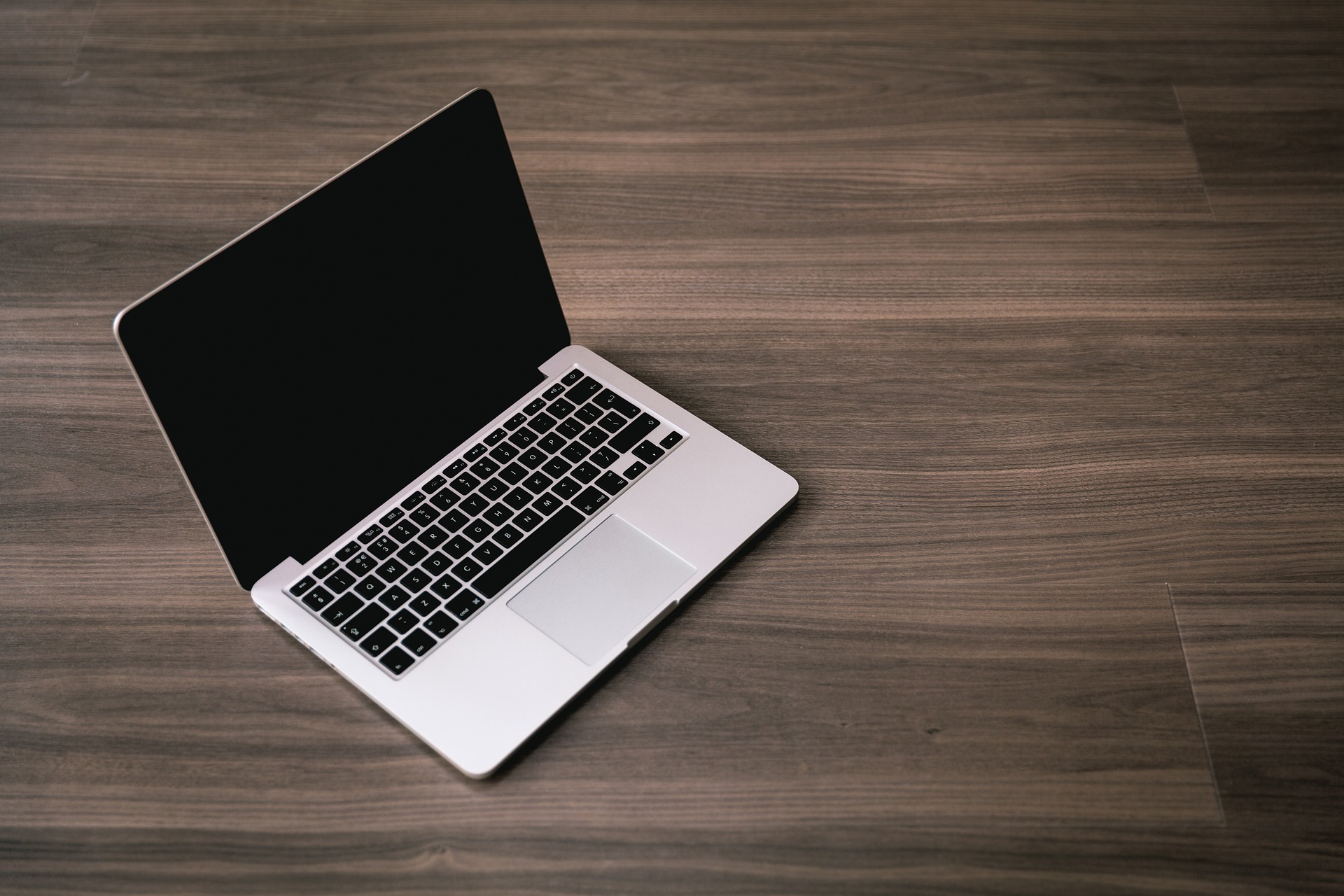 Over the last few decades, technology has entered every aspect of our lives, making life easier but also bringing with it the risk of exploitation of those mediums. In particular, we now live in a society where people want more and more instantaneous and time-efficient interactions with their friends, family, acquaintances and work colleagues. We can now take and send photographs instantaneously from a single device. This ability comes with a number of ethical and very real risks that the images that one intends to send a single person can be circulated and shared among a vast group of people. This has led to the emergence of what we now know as revenge porn.

A 2015 study at the Royal Melbourne Institute of Technology found that one in 10 Australian adults have had a nude or semi‑nude image of themselves uploaded online or shared with others without their consent and the majority of victims were women aged 18 to 24.[iii] A national survey on technologically facilitated abuse conducted by the Women’s Services Network and Women’s Legal Service in New South Wales found that 98 per cent of the 546 domestic violence workers surveyed reported that they had had clients who had experienced technologically facilitated stalking and abuse of this kind.[iv] Recently, the third action plan on preventing violence against children and women released by the Council of Australian Government Summit in Brisbane included the announcement of a national online portal to help victims of revenge porn remove images from the internet.[v]

In the USA, the American Psychological Association has reported on a survey of American adults which found that 36 per cent of the participants planned to send intimate photos to their partners via email, text and social media on Valentine’s Day; 10 per cent of ex-partners had threatened to post sexually explicit photographs online; and 60 per cent of the threats had become a reality.[vii]

The New South Wales government stated that it will seek to criminalise the creation and distribution of sexually explicit images without consent. Attorney General Gabrielle Upton has announced that while legislation has yet to be drawn up and penalties have yet to be decided, it is likely the proposed new laws will involve a jail term.[ix]

The fact that Victoria and South Australia have already enacted criminal sanctions, and similar proposals in New South Wales and Western Australia and at a Commonwealth level, will pressure perpetrators to rethink their actions. The issue also has the potential to create issues of vicarious liability, particularly in an employment context where employers must ensure that they are providing employees with a safe and harassment free workplace. In fact, the High Court has recently commented on the issue of vicarious liability in an employment context suggesting that:

‘In determining whether the apparent performance of such a role may be said to give the “occasion” for the wrongful act, particular features may be taken into account. They include authority, power, trust, control and the ability to achieve intimacy with the victim. The latter feature may be especially important. Where, in such circumstances, the employee takes advantage of his or her position with respect to the victim, that may suffice to determine that the wrongful act should be regarded as committed in the course or scope of employment and as such render the employer vicariously liable.’[x]

In circumstances where psychological injury is suffered, there would be a number of potential actions that an injured party could consider both inside and outside an employment setting.

The importance of privacy and the cause of action of breach of confidence has been well recognised by the High Court. In ABC v Lenah Game Meats,[xi] Callinan J confirmed that:

‘The ability to expose in some context parts of our identity that we conceal in other contexts is indispensable to freedom. Privacy is necessary for the formation of intimate relationships, allowing us to reveal parts of ourselves to friends, family members, and lovers that we withhold from the rest of the world. It is, therefore, a precondition for friendship, individuality and even love.’

Even when we look to historical cases, the significance of an advance in technology and the effects that this may have on privacy have been at the forefront of our jurisprudence. Justice Rich, for example, in the 1937 case of Victoria Park Racing,[xii] commented on the impact of the emergence of television on privacy:

‘Indeed the prospects of television make our present decision a very important one, and I venture to think that the advance of that art may force the courts to recognise that protection against the complete exposure of things of the individual may be a right indispensable to the enjoyment of life.’[xiii]

The difficulty in advancing any case for breach of confidence is that, despite this recognition of the issue of the invasion of privacy in Australia as early as 1937, there has been no legislative amendments to give clear rights to a cause of action for individuals whose privacy has been breached. This is despite the reach and impact of technological advancements throughout the world, particularly in recent times.

It is, however, possible to found a cause of action arising out of a breach of confidence even where psychiatric injury has not been suffered. In Victoria, the case of Giller v Procopets[xiv](Giller)involved a couple where the defendant used a hidden camera to secretly record the sexual activity between himself and the plaintiff. The relationship began to deteriorate, and the defendant threatened to show the plaintiff’s family, friends and employer the sexually explicit material. The plaintiff pleaded three causes of action including intentional infliction of harm, invasion of privacy and breach of confidence. In 2008, the Victorian Court of Appeal unanimously upheld the action for breach of confidence and awarded the plaintiff the sum of $40,000, including $10,000 for aggravated damages. When commenting on the effectiveness of remedies in cases of revenge porn, Justice Neave said:

‘An inability to order equitable compensation to a claimant who has suffered distress would mean that a claimant whose confidence was breached before an injunction could be obtained would have no effective remedy.’[xv]

The Court of Appeal, when considering the tort of intentional infliction of harm in Giller, remained divided. It was suggested that the focus of the enquiry should not necessarily be on a particular diagnostic label of psychological injury but, rather, the nature and extent of mental distress actually suffered as a consequence of the defendant’s behaviour. However, the Court concluded that something less than a recognisable psychiatric injury was not sufficient harm to establish the tort, and so was not prepared to extend the common law action in order to award compensatory damages for mental distress not amounting to psychiatric injury.

More recently, in the Western Australian case of Wilson v Ferguson,[xvi] the Supreme Court adopted the approach in Giller v Procopets concerning a breach of confidence. This case involved a romantic relationship between two co-workers who used mobile phones throughout their relationship to send intimate images to each other. The relationship ended and the defendant, Mr Ferguson, then proceeded to post a number of explicit images and videos to Facebook, which were then made available to his 300 Facebook friends.

The plaintiff suffered acute shock and trauma, stopped sleeping, took unpaid leave, needed to move in with her parents and sought psychological counselling. Justice Mitchell, relying upon the Victorian decision of Giller v Procopets ordered the defendant to pay $35,000 for the significant embarrassment, anxiety and emotional distress, and $13,404 for economic loss. Furthermore, an injunction was ordered prohibiting the defendant from publishing any images of the plaintiff engaging in sexual activities or in which she appears naked or partially naked.

Notably, Justice Mitchell agreed with the Victorian Court of Appeal in Giller v Procopets regarding the equitable doctrine of breach of confidence, in that it should be developed by:

‘extending the relief available for the unlawful disclosure of confidential information to include monetary compensation for the embarrassment and distress resulting from the disclosure of information of a private and personal nature’.[xvii]

These cases confirm the judiciary will respond to cases of revenge porn by awarding damages in cases of both psychological injury and psychological distress. It will also distinguish breach of confidence from the common law and legislative tests that usually apply – that is, that a diagnosable psychological injury must be suffered to allow for an award of compensation. It is important to remember, however, that an action arising out of breach of confidence requires a proper examination of the facts: the information must have the necessary quality of confidence, must be received in circumstances importing an obligation of confidence, and must involve an actual or threatened unauthorised use of the information.

COMMON LAW CLAIMS, VICARIOUS LIABILITY AND THE POTENTIAL FOR COMPENSATION

Clearly, the public sharing of private sexual material without consent can be humiliating, embarrassing and a significant breach of confidence. For employers there is the added possibility that they are vicariously liable for the actions of their employees in undertaking their employment if during the course of that employment psychological injury is suffered or inflicted.

Outside of a no-fault jurisdiction, there have been a number of cases involving circumstances where employees have been disciplined for out-of-hours conduct when using social media. For example, the Sydney Morning Herald published a number of stories throughout 2015 involving a man making disparaging and derogatory remarks online about Clementine Ford, a freelance journalist and feminist. In December 2015 the man’s employer became aware of the offensive comments on Facebook, which resulted in the loss of his employment.[xviii] Although unrelated to his employment, his comments led to disciplinary action. Furthermore, in June 2016 The Guardian reported on a story involving a university professor who, while using his private Twitter account, made comments about other posts by a student which became the subject of complaints and ultimately led to the professor being suspended without pay because of the online engagement outside of work hours.[xix]

In an employment context, it is well-established that an employer has a non-delegable duty to provide a safe system of work to its employees.[xx] In the context of psychological injuries, the limitation is that a worker must have sustained a diagnosable psychiatric condition in order to progress with a claim.

‘where the conduct of which complaint is made was done in the ostensible pursuit of the employer’s business or the apparent execution of the authority which the employer held out the employee as having’.[xxi]

The very concept of revenge porn is inextricably linked with the internet and mobile devices, Applications have made the act of sharing such materials not only easy, but have also exponentially expanded the possible audience of such images. The proposed criminal legislation and recent Victorian and Western Australian cases are a timely reminder to potential perpetrators that the law will respond to this severe breach of confidence so as to protect victims. Despite the legislative and judicial response, it is likely, however, that the disclosure of sexually explicit images of people without their consent by current or former partners is likely to continue. It is incumbent upon the law to continue to keep up with technological change and respond swiftly to how these changes interact with those that sustain psychological and other injury as a result of these types of behaviour.

Joshua Dale is an associate at Carroll and O’Dea Lawyers and an Accredited Specialist in personal injury law. He is also Chair of the Human Rights and Criminal Justice Committee and a member of the Workers Compensation and Civil Liability sub-committees at the Australian Lawyers Alliance. PHONE (02) 8226 7345 EMAIL joshua_dale@codea.com.au.