Strengthening the NSW Workers Compensation Scheme – Back to the future?

In 2012, significant changes were made to the dispute resolution processes of the Scheme. The power of the Workers Compensation Commission to deal with all disputes in relation to a workers entitlement to statutory compensation was taken away. Work Capacity Decisions were to be dealt with through a ‘quick and simple administrative’ review process. All other disputes, such as disputes as to level of permanent impairment, medical disputes, and liability disputes were to remain within the jurisdiction [in the realm] of the Workers Compensation Commission.

A work capacity decision may be subject to an administrative review.

To dispute a work capacity decision a worker can make a number of administrative review applications. In the first instance, a worker must request that the insurer undertake an internal review of their work capacity decision. If a worker does not agree with the review decision, the worker may request a merit review by the State Insurance Regulatory Authority (SIRA). If the worker is still unhappy with the decision, a procedural review can be sought from the Workers Compensation Independent Review Office.

Criticisms of the Administrative review process

In practice, the work capacity decision administrative review process has become procedurally complex, confusing and time consuming. There are multiple stages for example: internal review, merit review, procedural review, and multiple decision makers. The Committee was provided with evidence that workers find the process overwhelming and difficult to navigate, particularly those that have difficulties with English. Until December 2016, workers generally were required to undertake this process themselves. In December 2016, a regulation was introduced allowing lawyers to be paid to provide advice in respect of these decisions to injured workers – and to some extent this assists workers in navigating the complex administrative review process; However, problems with complexity of the process remains.

The Committee noted that there was anecdotal evidence that decisions in respect of claims that appeared similar factually often resulted in wildly different outcomes at merit review. The Committee was strongly of the view that such inconsistencies are undesirable in the Scheme.

The committee noted the dispute resolution processes developed in the 2012 changes, whilst intended to lead to fast, efficient and cost effective resolution of disputes, had, in practice, led to greater complexity and had the opposite effect. The Committee in their report stated:

“The sheer number of different pathways available for challenging workers compensation decisions is staggering and it is easy to see why workers find the system impenetrable.”

In such circumstances it is understandable that some of the vulnerable workers choose to exit the Scheme and not enforce their rights. The consequence of this is that the Scheme’s overriding object of returning injured workers to suitable and meaningful work is not achieved, as workers elect to opt out of the Scheme and more likely than not end up on Commonwealth benefits. By creating pathways to ensure they remain within the Scheme injured workers access rehabilitation assistance that can assist them in returning to work.

Reform or back to the future?

The most sensible and efficient course for the Government is to return all disputes, whether they be work capacity decision disputes, medical disputes or liability disputes to the Workers Compensation Commission, which already has the necessary expertise, infrastructure and personnel to deal with such matters. In addition the overview of the dispute/complaint section of Workers Compensation Independent Review Office (WIRO) has been beneficial in resolving many disputes that previously would have involved protracted and costly litigation.

If such processes were reinstated and reinforced the Workers Compensation Scheme would be strengthened and fairness restored to vulnerable injured workers. 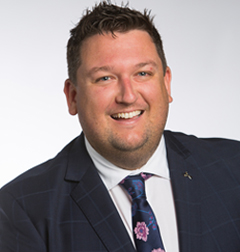