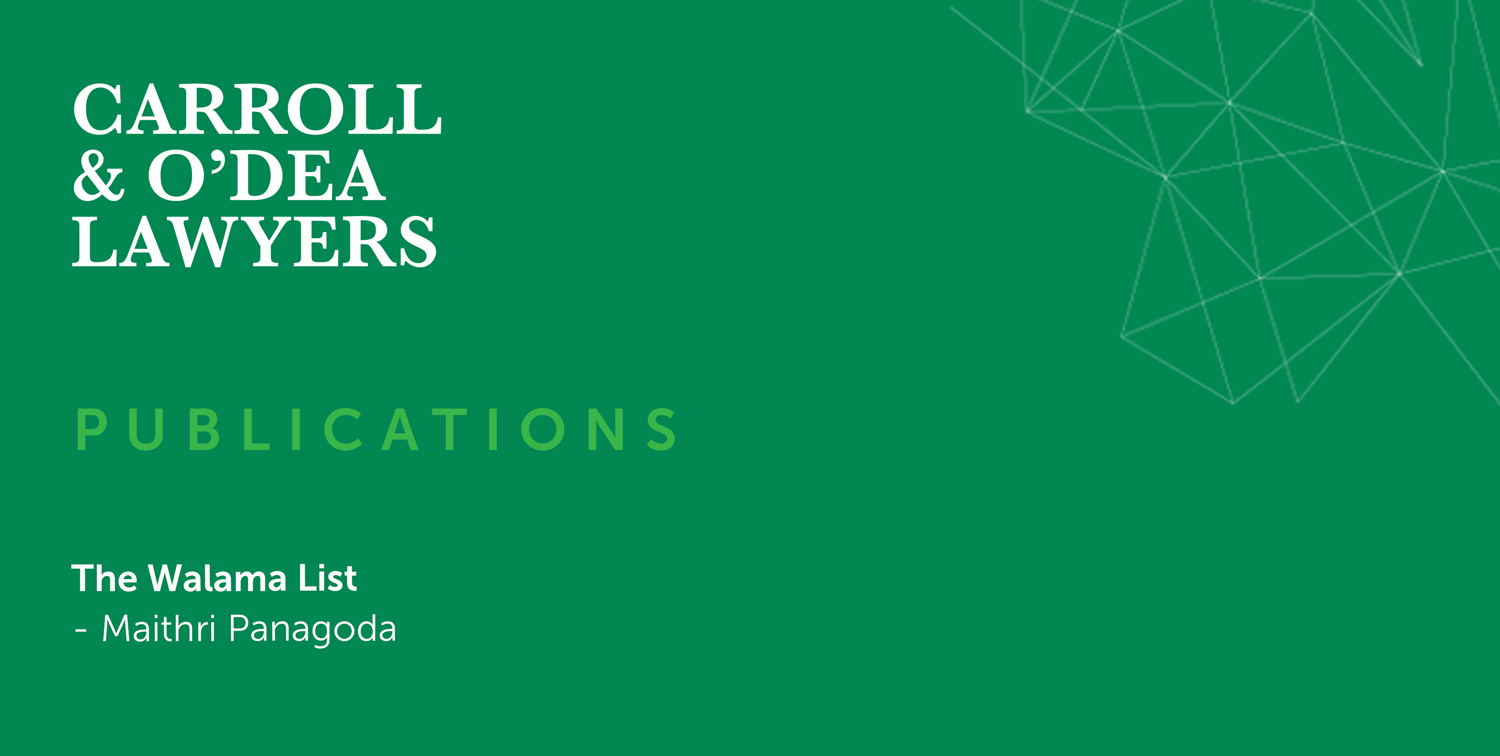 The disproportionately high rate of indigenous incarceration throughout Australia has been the subject of many discussions over the years.

The concept of engaging indigenous offenders with community-based programs with the participation of elders equipped with cultural knowledge and experience resulted in the establishment of “The Walama List” which commenced as a pilot program in the NSW District Court in February 2022.

Although it has taken three decades since the Royal Commission into Aboriginal Deaths in Custody, the agreement by the state government to facilitate this initiative within the existing structure, by way of a Practice Note, is considered to be a ground breaking event in the long road to achieving true reconciliation.

Carroll & O’Dea Lawyers recently had the privilege of organising and listening to a presentation by the Program’s architect, Her Honour Judge Dina Yehia SC, who explained the program’s main features as follows:

The Walama List Pilot is a Sentencing Court only for adult Aboriginal and Torres Strait Islander offenders.

Eligibility for the Walama List requires that the offender:

The role of Elders and respected Community persons is to give honest and fearless advice to the Walama List Judge, by informing the court about cultural, historical and social issues relating to the offender’s background.

It is conducted within the Downing Centre District Court premises with minimal formalities following an application for referral to the Walama List by the legal representative for the offender.

The Sentencing Conversation deals with the circumstances of the offending, makes the offender accountable in a more meaningful way and gives the victim an opportunity to participate.

The focus of the Sentencing Conversation is also on the offender’s and his/her family’s welfare in a culturally appropriate and healing environment, taking into consideration the circumstances that led to the offence and the offender’s need for treatment and rehabilitation.

What follows is a “Case Plan Conversation” with the participation of all the parties including two Elders and Respected Persons.

Expressing the legal profession’s support for the Walama List program, the former President of the Law Society, Juliana Warner, stated that it “has the capacity to make a significant difference to the lives of indigenous people and have a positive and lasting impact on our criminal justice system.”