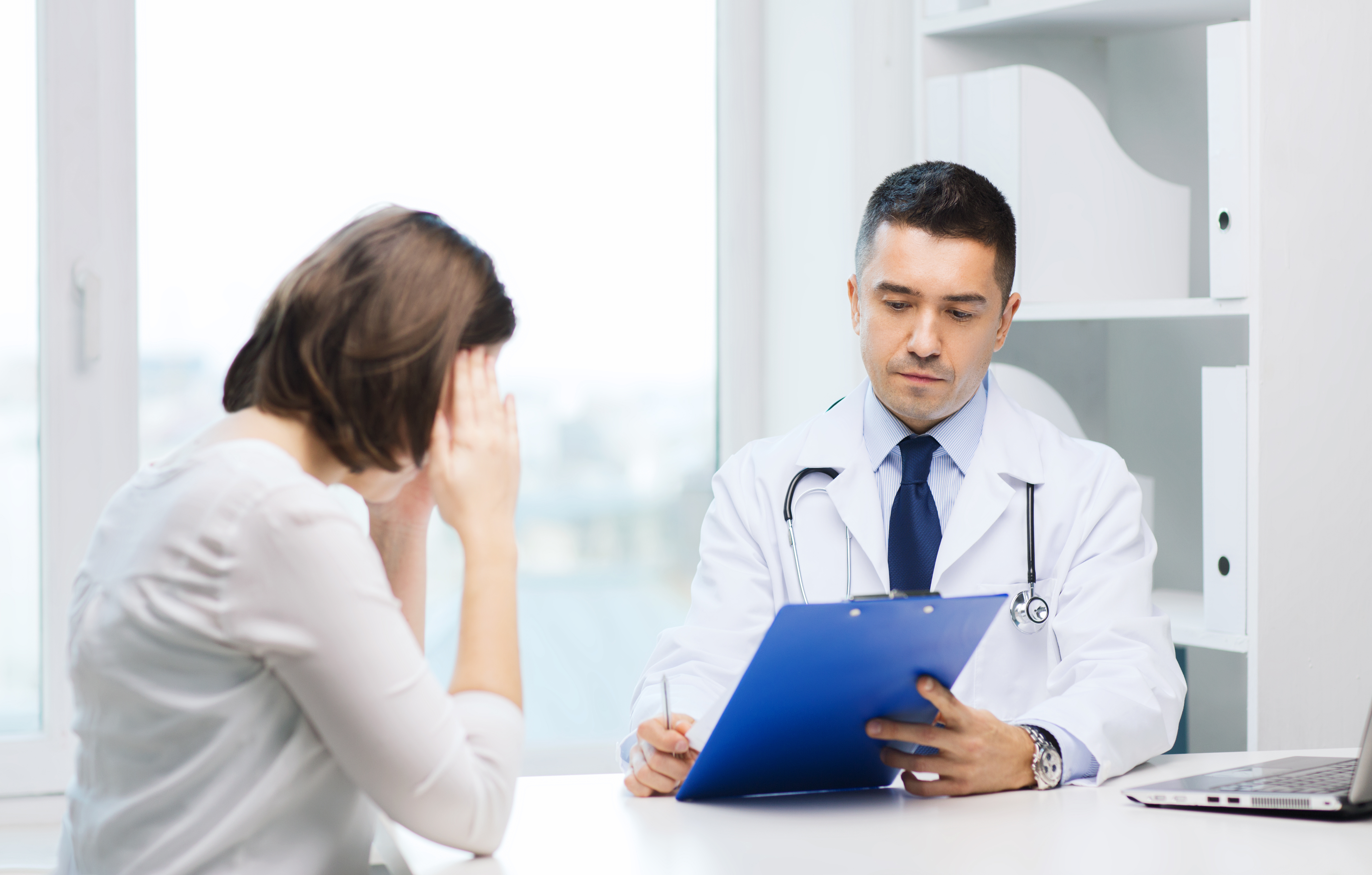 As first published by Lexis Nexis in Australian Civil Liability Journal May 2019. Vol 16 No 1

Sheridan v Victorian WorkCover Authority1 is an appeal heard by Beach, McLeish and T Forrest JJA of the Victorian Supreme Court of Appeal on 19 March 2019. The judgment not only provides helpful guidance to practitioners involved in serious injury applications where it is necessary to establish that a plaintiff has suffered “permanent serious impairment or loss of a body function”, it also serves as a timely reinforcement of everyday but important organisational principles of a plaintiff’s case pre-serious injury hearing (originating motion).

By an originating motion filed in the County Court on 28 August 2017, pursuant to s335(2)(d) of the Work- place Injury Rehabilitation and Compensation Act 2013 (Vic), the plaintiff sought to bring a proceeding at common law against her employer. The plaintiff claimed pain and suffering damages for personal injury. There was no claim to commence proceedings for economic loss damages.
In order for a plaintiff to bring a claim for common law damages in Victoria, it is necessary to show that they have suffered a “serious injury”. The plaintiff relied on one of the threshold definitions for a “serious injury”, provided at s 325(1) of the Act, namely that she suffered “permanent serious impairment or loss of a body function”.

Judge Murphy (the primary judge), at first instance in the County Court, dismissed the plaintiff’s application, stating that he was “not satisfied that the [applicant] has discharged her burden that there is a substantial physical or organic basis for her complaints of spinal and shoulder pain”.2 This meant the plaintiff’s serious injury application had failed.

The Court of Appeal ultimately dismissed the plaintiff’s appeal and agreed with the relevant findings of the primary judge, being that the plaintiff no longer suffered from a physical right shoulder injury which met the required seriousness threshold of “at least very considerable”.

Key points/how does it affect you?

The Court of Appeal provides consideration and guidance to all practitioners in determining whether:

Drilling down further, the decision provides practical everyday tips for practitioners on both sides involved in serious injury applications. These include:

The plaintiff’s injury occurred on 12 February 2015 when the plaintiff and two other employees were attempting to close a heavy steel sliding door manually at IGA during the course of their employment. Whilst the plaintiff was pulling the door, it came loose from its tracks and fell forward onto the plaintiff pinning her to the boot of a car nearby. She was pinned in that position before being released.

The plaintiff lost her job at IGA on 18 October 2015.  In March 2016, she started working one night a week at a hotel doing bar work and serving tables. In April 2016, she worked for 2 weeks doing cleaning jobs at another hotel but ceased this due to pain in her back, neck and shoulders. She returned to work at the previous hotel undertaking lighter capacity duties, working between 33 to 38 hours per week thereafter.

Basis of the appeal

The grounds of appeal were that the primary judge erred in concluding the following:

The plaintiff was also of the view (which was not objected to by the defendant) that if it was established that the primary judge erred in the ways contended for as per the appeal, then the Court of Appeal should determine the extent of the consequences of the plaintiff’s right shoulder injury and whether those consequences satisfied the statutory test.3

The basis of the plaintiff’s appeal is summarised at [63] of the joint judgment. In summary, their Honours found there were two key issues requiring forensic consideration:

To succeed in the appeal, the plaintiff would have needed to establish that the primary judge erred on these two bases and further that the “consequences of her continuing physical injury (or substantially physically  based injury) were ‘at least very considerable’ and  ‘permanent’”.4

Substantial organic basis for the pain and suffering consequences/”at least very considerable” test
Legislation/test
The threshold under s 325(2)(c) of the Act for a “serious injury” based on “an impairment or loss of a body function” is that:

when judged by comparison with other cases, in the range of possible impairments or losses of a body function, or disfigurements, as the case may be, fairly described as being more than significant or marked, and as being at least very considerable. The Court of Appeal saw as central to the whole case

… whether the judge was wrong to conclude that he was not satisfied that the applicant was suffering from a right shoulder injury that was substantially physically based at the time of the hearing of her application.5 The injury under consideration, for the purpose of the appeal rather than at first instance, was limited to the plaintiff’s right shoulder.

Key arguments
It was submitted on behalf of the plaintiff that the evidence “demanded” a conclusion that she sustained an organic right shoulder injury as a result of the incident. The plaintiff relied on:6

It was submitted on behalf of the defendant that injury to the plaintiff’s right shoulder (if proven) gave rise to pain and suffering consequences that would meet this threshold.

Evidentiary issues
At [30]–[44], the Court of Appeal reviewed the available medical evidence, as did the primary judge who had noted that there are “two widely disparate threads to the medical material”.7

On the one hand, the primary judge identified Dr Ong and Mr Pullen as supportive of the plaintiff suffering a right shoulder injury and Dr Ho and Dr Kostos being supportive of the defendant’s argument that the plaintiff was not suffering a right shoulder injury. The Court of Appeal agreed with the primary judge’s assessment in this regard, as well as his view that reconciling the competing medical opinions was not easy in circumstances where the doctors had not been called for cross-examination, noting that “this is a well-recognised difficulty associated with proceedings of the present kind”.8 It may have been the case that a forensic cross-examination of relevant witnesses would have resulted in a different finding in this regard.

Furthermore, the Court of Appeal and the primary judge noted that the evidence advanced on behalf of the plaintiff was somewhat equivocal as the effect and the seriousness of the alleged right shoulder injury. For example, in cross-examination during the appeal, the plaintiff accepted that her main problem at the time of the application was her left shoulder and neck.9
The Court of Appeal gave weight to:

Comments were also made by the primary judge regarding the report of Dr Ong, the claimant’s treater between May 2015 and November 2017, describing Dr Ong’s report as “essentially repetitive and discursive… without any rigorous analysis as to whether the original physical injury has resolved”.13
The primary judge also noted that Dr Ong did not address the opinion of the physiotherapist who was of the view that the plaintiff’s right shoulder injury had stabilised nor the hospital and general practitioner who described the plaintiff’s injury as minor.14 The Court of Appeal were seemingly in agreement with the primary judge’s opinion and it is evident that more specific questions from the plaintiff’s legal representative to Dr Ong (for example), going to the heart of the existence and effect of the injury, would have assisted the court in determining the application. The primary judge also critiqued other evidence advanced on behalf of the plaintiff, including the report of Dr Aliashkevich stating it was premised on an unchanged trajectory of the plaintiff’s condition since the accident.15

The Court of Appeal concluded as follows:

While the applicant’s right shoulder complaints and symptoms as reported by her might fairly be described as “significant” or “marked”, the evidence does not persuade us that the impairment (assuming in the applicant’s favour that it is a physical impairment) may be fairly described “as being more than significant or marked, and as being at least very considerable”.17

(h) the psychological or psychiatric consequences of a physical injury are to be taken into account only for the purposes of paragraph (c) of the definition of serious injury and not otherwise;

Applying the relevant test outlined in Meadows v Lichmore Pty Ltd18 which itself was borne from the earlier decision in Mutual Cleaning & Maintenance Pty Ltd v Stamboulakis,19 the Court of Appeal agreed with the primary judge’s finding that the medical material did not sufficiently allow for a “disentangling” of the physical or organic contributions from the psychological contributions as required,20 which weakened the plain- tiff’s chance of satisfying the required “at least very considerable” threshold.

In the face of the emphatic conclusion of Drs Kostos and Ho that the plaintiff’s physical injury had resolved, and the admitted presence on the plaintiff’s own medical evidence of psychological conditions such as chronic pain disorder or syndrome, significant anxiety, and depression, the bald assertion of Dr Alashkevich and Weekes that there are physiological bases for the plaintiff’s pain, do not provide a cogent basis to find that the plaintiff has discharged her obligations to disentangle as required by Stamboulakis.21

In considering Victorian serious injury applications, this case is a timely reminder to all practitioners, on behalf of either the plaintiff or the defendant, that medical evidence can morph from what was initially understood to be one diagnosis to something very different as time progresses. Adequate care must be given to drafting questions to your doctors and medical and allied health practitioners to distil and crystallise the issues of fact and law, as well as your client’s instructions as to their current medical presentation. Whilst this seems obvious, it is of fundamental importance for all practitioners dealing with such claims to keep this at the front of mind.

Whilst the plaintiff may have presented initially with a physical condition, it may have resolved, worsened or in fact morphed into a psychological overlay type of scenario. No matter what the medical presentation might be, taking accurate and up-to-date instructions, as the claim progresses, will inevitably assist in guiding the plaintiff and managing the case for the best outcome possible.