Letters of Wishes and their role in Estate Planning

Letters of Wishes (sometimes called Memorandum of Wishes) are non-binding documents that provide guidance as to the object and purpose of Estate Planning documents and also allow the formal documents (such as a Will or Trust instruments) to remain flexible and broad.

Care must be exercised when drafting Letters of Wishes so that they are not deemed to be “informal wills”, as if drafted incorrectly, they may conflict with the main Will and expose the estate to litigation. The Letter of Wishes should:

The case of Monaghan v Monaghan [2016] NSWSC 1316 explores Letters of Wishes in practice.

This case concerned a Memorandum of Wishes prepared by the deceased in connection with a discretionary family trust. 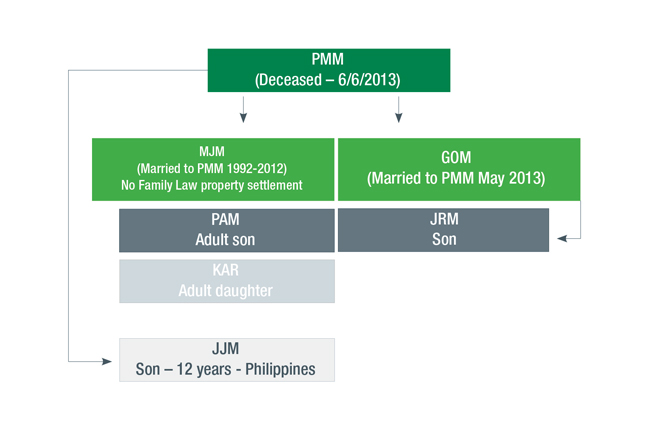 (a) Executor: PAM and accountant Dennis Banks.
(b) Gifts to children:

“IT IS MY WISH that my executors in their role as directors of PETER MONAGHAN PTY LIMITED exercise their discretion to divide the Assets held on Trust in the Monaghan Discretionary Trust equally among my sons PETER ALEXANDER MONAGHAN and JUSTIN RYAN MONAGHAN.”

3. Outside of the Will, PMM had earlier prepared a memorandum of wishes in relation to the Trust on 4 June 2007 (Memorandum of Wishes) to declare his wishes as to the Trust assets in the event of his death, namely that they should be applied as though they notionally formed part of his estate.

“This Memorandum of Wishes has been prepared by me in connection with Monaghan Discretionary TRUST, being a Trust established by Deed of Settlement dated 27.02.03 between ACIS Settlements Pty Ltd as Settlor and Peter M. Monaghan Pty Ltd as Trustee as amended from time to time (‘the Trust’) to convey to the Trustee of the Trust my wishes in respect of the distribution of the capital and income of the Trust following my death.

4. MJM and GOM each brought proceedings under the Succession Act 2006 for family provision out of PMM’s estate.

5. The family provision proceeding were compromised and a Deed of Settlement evidencing the compromise was executed on 23 March 2016 (March 2016 Deed). The notable terms included:

(a) MJM to receive a property in lieu of the provision made in the Will;
(b) GOM to receive provision in accordance with the Will; and
(c) the Trust assets be distributed equally between MJM, GOM and PAM.

6. The March 2016 Deed required, to give effect to the terms of the settlement, vesting of the Trust and distribution of the Trust assets. This was irrespective of the fact that no order was made by the Court to deem the Trust as notional estate.

7. The Trustee requested the Court to provide judicial advice under section 63 of the Trustees Act 1925 as to whether it would be justified in agreeing to give effect to the terms of settlement in this way.

8. The Trustee was faced with the Memorandum of Wishes and the March 2016 Deed.

9. The Trustee contemplated giving effect to the Memorandum of Wishes to distribute all of the Trust assets as though they were part of the estate and so that they could be dealt with in accordance with the March 2016 Deed.

11. The questions that arise are:

Does the Trust Deed allow for the wishes?

“that the Trustee would be justified in proceeding…by exercising the Trustee’s powers…to advance the Perpetuity Date and then…distribute the Trust property in accordance with the Deed [March 2016 Deed] equally to Madeline, Gerlie and Peter in his personal capacity”.

14. That is, in this case the Court advised the Trustee that it would be appropriate to exercise its discretion in support of the terms of the Memorandum of Wishes (by treating the Trust assets as though they were part of the estate) which would give effect to the terms of the March 2016 Deed.

15. The Trustee exercised its discretion and followed the judicial advice, giving effect to the settlement and an equitable outcome for all parties.

16. It is evident that it is important to:

(a) review, and if necessary, update Letters of Wishes / Memorandum of Wishes when there is a change of circumstance (E.g. ending of a marriage, commencement of a marriage, birth of children);
(b) assess the wishes expressed and whether the Executor or Trustee can in fact perform those wishes (that is, what is the scope of powers in the Will or Trust Deed); and
(c) understand that the wishes are non-binding and other factors may impact the decision making of the person to whom the wishes are directed.