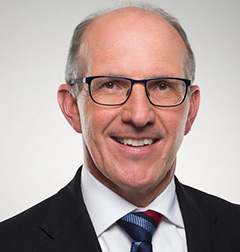 He brings a wealth of practising experience including 23 years as a partner at King & Wood Mallesons. Highlights of his work include:

John says the great inspirations in his legal career include the leading jurists of the Supreme, Federal and High Courts and renowned legal academic, the late Professor Ross Parsons.

“Everyone at Carroll & O’Dea Lawyers has been extremely welcoming and friendly, which is clearly a cultural attribute. I am also equally impressed, albeit not surprised, with the strong sense of empathy and humanity that the firm has, which is also reflected in the client base.”