Is there a binding lease or agreement for lease?

Darzi Group Pty Ltd v Nolde Pty Ltd [2019] NSWSC 335
The parties entered into negotiations for a retail lease based on terms of a lease executed by the Tenant and submitted to the solicitors of the Landlord with respect to a restaurant premises located in Dorsal Hotel Forster owned by the Landlord (“15 June 2016 Lease”).  The Tenant had been in occupation and operating out of the restaurant premises since late 2014 following the parties executing a heads of agreement.

The key issue is whether the parties reached a binding agreement for the lease of the restaurant premises on the terms of the 15 June 2016 Lease.

Market rent – what tenants and landlords should “have regard to…”

A recent Court of Appeal case discussed whether the determination of market rent by an expert valuer could be indisputably binding on the parties.

The Court found that the valuation of market rent must be determined within the provisions of the sub-lease, and the valuer had an obligation to only “have regard to” comparable premises within the vicinity of the Premises.

Many of the provisions in the various retail acts in different States and Territories are similar. One difference between NSW and Victoria is that in NSW the Retail Leases Act does not apply when premises are greater than 1,000 square metres, where as in Victoria the test is whether the occupancy costs are more than $1,000,000 per annum. Another difference is that in NSW the landlord may not recovery Land Tax from a tenant under a lease subject to the Retail Leases Act. Both States prohibit ratchet clauses on rent reviews.

This case looks at the situation in Victoria if a lease starts out as being subject to the Retail Leases Act and then ‘jumps out’ – ie: it ceases to be retail premises. Can the landlord start recovering Land Tax? 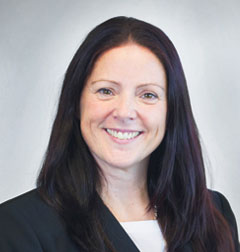 Gillian has worked in the legal industry for over 18 years, she is experienced in multiple areas of law including, Estate Planning, Probate and Retail Leasing.