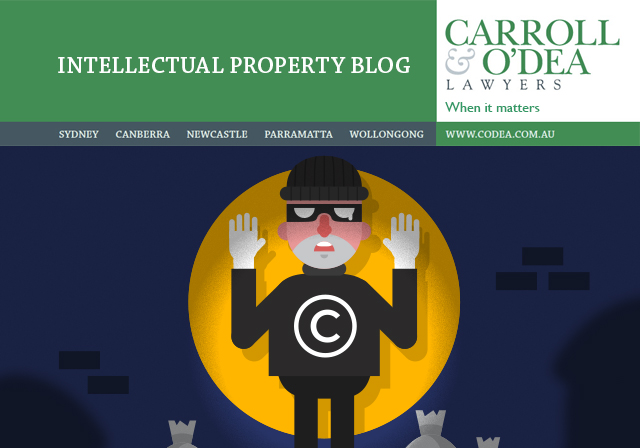 Licensing and Copyright in Building Plans

Published on April 7, 2015 by Patricia Monemvasitis and Kim Leontiev

This was a decision on appeal to the Full Court from the Federal Court of Australia and heard before Greenwood, Jaggot and Murphy JJ.  Judgment was handed down on 18 May 2015.

The Appeal was a complex combination of nine issues for determination by the Court including issues of copyright infringement, indirect copying, authorisation, innocent infringer liability, costs, and additional damages. Apart from these issues, another important issue was that of authority under licence to use constructions plans prepared by a party which the Judgment of Jaggot and Murphy considered.  It is with this issue that this article deals.

In 2005, Habitare engaged Tamawood to produce two plans for low cost housing to be built by Tamawood for Habitare.  These plans related to two separate sites.  Brisbane City Council eventually issued a development approval for the development on condition that the approved development is to be generally in accordance with the approved drawings developed by Tamawood.  Subsequently, however, Habitare and Tamawood were unable to agree upon the terms and conditions of the commercial engagement for Tamawood to build houses based on its plans on each of the two sites for Habitare.

Habitare then approached Mondo Architects Pty Limited (“Mondo”) to develop the house plans for construction on each site.  Given the conditions imposed by Brisbane City Council on the plans, the new plans needed to be substantially in accordance with the existing approvals, but at the same time not give rise to copyright problems with Tamawood’s plans.  Mondo prepared new plans for each site to enable building certificates to be obtained for construction.  The building certificates were issued based on Mondo’s plans and Habitare ultimately engaged Bloomer to construct or complete the construction work.  From these background facts, Tamawood contended that its copyright was infringed by Mondo’s plans for their single storey and two storey duplexes..  One of the early issues that emerged was whether or not Habitare was covered by a licence to use the plans for the construction of the developments on the two sites.  The observations made by Jaggot and Murphy JJ with whom Greenwood J agreed, are considered below.

At first instance, the Primary Judge found that Tamawood had granted to Habitare a bare licence (as opposed to a contractual licence) authorising Habitare to use Tamawood’s plans “in the Application to the Brisbane City Council for development approval”.  That licence, however, was found to have expired by the trial Judge at the time Habitare decided to engage for the construction work someone other than Tamawood.

The Primary Judges conclusions were challenged in the Appeal from two angles:

This argument was largely factual and evidentiary and was quickly dismissed as insufficient to support any intention of Tamawood and Habitare to enter into a legally binding agreement before the terms and conditions under which Tamawood was to build the dwellings had been reached.    That is, although the parties were negotiating, no agreement had been reached.  Without agreement, the licence could only be a bare licence and not a contractual one.  That point of appeal was dismissed by the Appeal Court.

Mondo was also included as a respondent in the proceedings.

In arguing the above point, Mondo submitted that in exchange for preparing and permission to use the plans, Tamawood was afforded the valuable opportunity of being appointed to construct the dwellings.  Since constructed buildings would have to generally be in accordance with the development approval plans, it would be unreasonable to expect that Habitare would have to start again with new plans and obtain new development approvals for those plans should Tamawood not be retained to construct the dwellings.

Moreover, Mondo asserted that the facts here were rather analogous to those of an architect preparing plans for a development application being taken to have granted a licence permitting the use of those plans for construction purposes.

In support, Mondo cited the High Court decision in Concrete Pty Limited v Parramatta Design & Development Pty Limited (2006) 229 CLR 577 (Concrete).  The High Court broadened their implication of implied licences (for a summary of this case and its findings see: link to Carroll & O’Dea Not for Profit newsletter December 2003 issue).  Mondo argued that the finding by the Primary Judge of an implied term of termination of the licence that would effectively be grounded in the subjective intention of Habitare as to whom they would engage for construction would be unworkable and therefore contrary to the principles of constructing implied terms.  Rather, the only term that could be implied was a term that the licence was revocable on notice by Tamawood.  As no such notice was given by Tamawood, even after development consent was granted by Council, the licence became irrevocable.

The Appeal Court disagreed with the assertion that the circumstances here were analogous to an architect scenario (as in the High Court Concrete Judgment).  Tamawood’s role exceeded that of merely being an architect and the valuable opportunity argued to have been given to Tamawood by Habitare was an opportunity given to Tamawood from the outset and not in exchange for Tamawood preparing plans for development applications.  Unlike an architect scenario, Tamawood’s preparation of the plans was, in part, based on an expectation that Habitare would appoint Tamawood to be the builder.

Furthermore, the Appeal Court pointed out that another way of looking at the issue is simply to characterise it as one of the scope of the licence as opposed to an implied term in the licence.  From the prospective of scope, the licence was for Habitare to use the plans for as long as Habitare intended to appoint Tamawood as the builder and not otherwise.  On this approach, the argument of Mondo that it was incorrect to imply a term based on Habitare’s subjective intention does not arise with any force.  Yet even on the approach of viewing the issue as an implied term argument, the Appeal Court found the Primary Judge did not err in making the implication of such a term.  On the facts, Tamawood consented to Habitare lodging the plans for development approval solely on the basis that, the parties both expected Tamawood to be appointed the builder.  Seen in the context of these facts disclosing a broader commercial understanding, it could not be said that any principle of contractual interpretation impeded implication of the implied term terminating the licence (without any notice required) to use the plans once the parties resolved that Tamawood would not be appointed the builder.

Upon these reasons, the Appeal Court found that the licence granted by Tamawood did not authorise use of the plans by Habitare to continue the project once Tamawood was no longer involved.

Whilst the full Judgment should be considered for the remaining variety of interesting issues in relation to copyright infringement, the licensing aspect of the Judgment is an interesting finding by the Appeal Court.  In particular, the differentiation of the facts here from the standard architect scenarios as considered and broadened by the High Court Judgment in Concrete highlights the sensitivity of implied terms and implied licences for copyright more generally to the particular facts of each scenario on a case by case basis.  It would seem that where an agreement or context of negotiations shows that the provision of designs or plans extends beyond the ultimate purpose of those plans (being in this case Council approved and expected to be used for construction), the licence may remain revocable and contain within it implied conditions relating to the context of the agreement or negotiations out of which the licence arose.  The Court’s approach in distinguishing between implied term of the licence and the scope of the licence is also interesting, demonstrating that regardless of arguments of implication of terms under contract law, the licence over the plans can still protect copyright and restrict use without further consent for uses that were not originally contemplated in the licence.  The consideration on appeal of these issues again highlights the complexities in copyright over the use of building plans and the importance of developing clear and expressed terms over the copyright works involved.  Taking precautions at this early stage could, as this case demonstrates, mean that a stitch in time could save nine issues on appeal.