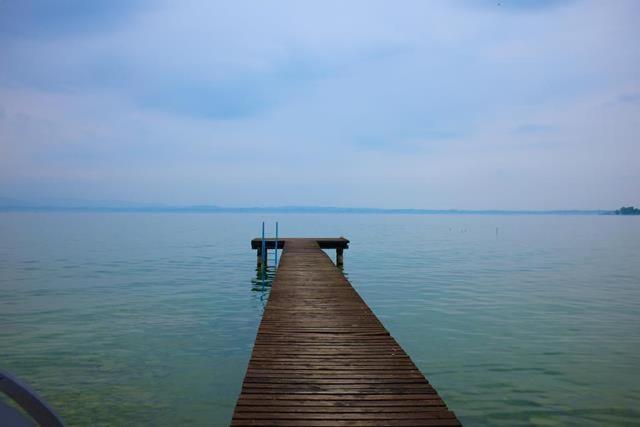 Anti-bullying laws: the FWC is getting ready

The new ‘bullying jurisdiction’ in a few words…

In short, the new provisions confer on the Commission power to deal with an application by a ‘worker’ (who may be any person performing work in any capacity for a person conducting a business or undertaking) for orders to stop bullying of the applicant in the workplace by an individual or a group of persons. ‘Bullying’ is repeated unreasonable behaviour towards a worker that causes a risk to health and safety, but does not include ‘reasonable management action carried out in a reasonable manner’. The law applies throughout Australia but some businesses are not covered by the new laws (most particularly sole traders and partnerships).

Much has already been written about the powers that have been conferred on the Commission in this area and the nature of that jurisdiction. There has also been much speculation as to what will occur once the new regime starts.

The time for speculation will soon cease as the Commission’s ability to receive applications in relation to alleged bullying commences in approximately seven weeks from now.

It was reasonable to assume, based on the track record of the Commission under its current President Iain Ross AO, that the Commission would give close attention to how it might handle what can only be described as a novel area for its operations, and how it might inform the public about its intentions. The accuracy of that assumption was borne out on 20 November 2013 by the Commission publishing a summary of its proposed case management model and a Draft Benchbook for Public Consultation.

My intention in this article is to highlight and comment upon those aspects of the Commission’s recent publications that my experience suggests will be of interest to the various stakeholders in workplace relations. These comments are however not meant to be exhaustive and are no substitute for a close examination of the Commission’s recent publications.

2. Prioritising Applications: The Commission expects that there will be a significant number of Applications and the broad coverage of workers and the capacity to lodge a claim in relation to conduct of individuals will mean that the Commission is dealing with multiple and sometimes complex legal and practical relationships (Commission Summary paragraph 16). After the Commission receives an Application it will need to gain sufficient information to make appropriate decisions as to how, when and where Applications will be dealt with and, in particular there will be a need to prioritise Applications where circumstances indicate a significant risk to parties or working relationships (Commission Summary paragraph 17).

3. Power is to ‘stop’ bullying or the risk of it: The Commission Summary at paragraph 12 draws attention to the fact that the Commission’s jurisdiction is limited to making orders where bullying has occurred and the Commission believes there is a risk of continued bullying to the affected worker— thus the Commission will not be able to deal with or further deal with an application where the bullying is not continuing (eg because the affected worker has resigned or been dismissed). So a complaint restricted to bullying in the past cannot be dealt with by the Commission in this jurisdiction (bullying in the past would have to be looked at in another arena — perhaps an unfair dismissal claim or a general protections claim). However, the likelihood of applications that can only instance past action seems to be high, and will have to be dealt with through the Commission’s internal filtration system (see the next paragraph).

4. A practical filtration system (or ‘triage’): It has been suggested (particularly by the then Liberal Party Opposition earlier this year) that there needs to be some ‘filtration’ process with these types of applications — eg a prerequisite of a complaint to an WHS regulator before an application could proceed. The Amendment Act did not include any such requirement, but nevertheless the Commission itself will operate its own ‘filtration’ or ‘triage’ system it seems.

The Commission is well aware of the fact that the categories of persons who can make Applications and the categories of persons who may be subject to Orders (see Commission Summary paragraph 13) go beyond the normal experience of the Commission (which is mainly employers and employees and their respective representatives). It also expects that there will be a considerable number of applications that are flawed or not within jurisdiction (noting in that regard that the Commission’s jurisdiction is, unlike its normal jurisdiction apart from Western Australia restricted to public sector employers and Private Sector corporate employers). The Commission thus well realises that its ‘filtration’ system will be an important part of ensuring that the new jurisdiction works in a practical way. The ‘filtration’ appears to be a combination of early information gathering, declining quickly matters that are not within jurisdiction, and assigning staff mediators as promptly as possible.

5. Multiple avenues of complaint: The Commission recognises that Applicants are not restricted in their complaints about bullying to bringing a claim before the Commission — there is nothing to stop them bringing claims in other forums such as with Workplace Health & Safety Regulators. The Commission will of course be looking to co-ordinate its activities with these bodies (see Commission Summary paragraph 31).

7. Privacy: Generally speaking mediation and other conferences in anti-bullying matters will be conducted in private and the identities of the parties will not be disclosed in the Commission’s public notice lists. However, if a matter has to be the subject of a contested hearing then unless the Commission otherwise orders (which will probably be rare) the hearing of any anti-bullying Application will be conducted in public.

8. Monetary compensation not encouraged: As is well known, the powers of the Commission in this new area do not extend to awarding compensation. In the Commission Summary there is more than one reference to the fact that the statutorily mandated role of the Commission is to stop bullying and if possible restore staff relationships, and therefore ‘given the nature of the jurisdiction and the Orders available, the Commission will not be promoting or recommending the resolution of these Applications on the basis of monetary payments’. Of course that does not prevent parties themselves negotiating resolutions between themselves by way of compensation being paid in exchange for the application being withdrawn. While the Commission will certainly not be encouraging that type of resolution of matters it does not have for the right or the ability to prevent it occurring.

9. Training for Commission members and staff: As the Commission Summary clearly discloses, a great deal of emphasis has been placed upon the training of members of the Commission, staff mediators and where feasible, associates to relevant members in the area of ‘bullying’. Registry staff will also be expected to undertake training in techniques to deal with Applicants and other parties in relation to alleged workplace bullying, the case management processes of the Commission and ‘personal resilience’. The latter attribute will no doubt be needed at times by all those involved.

Further legislative change may occur: The Commission will be keeping the new system under a relevant review, and it will not be surprising at all to me if legislative change is needed to the system in light of experience over the next twelve (12) months.