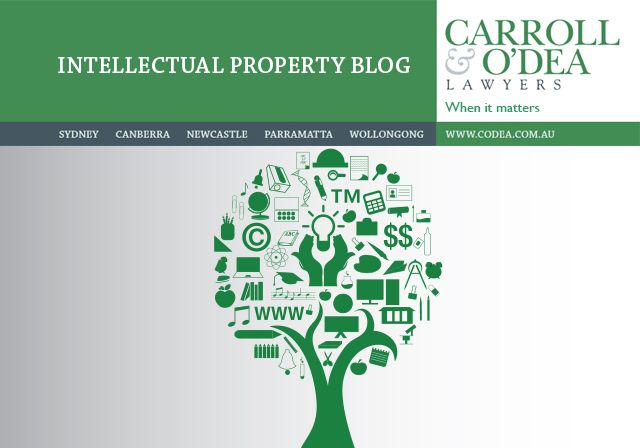 Clearing the smoke – use and consent clarified

Published on July 29, 2016 by Patricia Monemvasitis and Kim Leontiev

The decision of the Full Federal Court in Scandinavian Tobacco Group Eersel BV v Trojan Trading Company Pty Ltd [2016] FCFC 91 (24 June 2016) (STG v Trojan) has provided some useful clarity to the conceptual complexities surrounding use and consent under Sections 120 and 123 of the Trade Marks Act 1995 (Cth) (“TMA” or “the Act”).

The decision deals with the technicalities of the concept of “use as a trade mark” in relation to importation and resale of trade-marked goods as well as the question of whether repackaging or reapplication of trade-marks on goods prior to re-sale extinguishes the defence of “consent” available to importers and re-sellers under Section 123 of the Trade Marks Act.

Dismissing the appeal and agreeing with the primary decision of Allsop CJ, the Full Federal Court confirmed that where goods are sold or resold under a trade mark which was not applied to the goods (including packaging and other ancillary or promotional materials) by the registered owner, the importer, seller or reseller will be considered to be using the trade mark for the purposes of an infringement action under Section 120 TMA. The Court however also confirmed that Section 123 TMA will provide a defence to an infringement action where the above use of the trade mark can be said to be “use” with the consent of the registered owner of that trade mark.

The contention between the parties concerned two main issues:

The appeal was brought by Scandinavian Tobacco Group Eersel (“STG”), a large manufacturer of tobacco and cigars, and the registered trade mark owner of a number of famous cigar brand name trade marks including: “Café Crème”, “La Paz”, and “Henri Wintermans”. The respondent, Trojan Trading Company Pty Ltd (“Trojan”), is an importer and supplier of cigars and tobacco products Trojan acquired STG cigar products in Europe and imported and sold them in Australia. With the introduction of the Australian Tobacco Plain Packaging Act 2011 (Cth) (“TPPA”), Trojan could no longer simply import the cigar products from Europe in their original packaging which would contravene the TPPA. As such, Trojan had to repackage the cigar products into packaging that would comply with the TPPA before it could legally sell the products in Australia. STG claimed that Trojan’s repackaging of its cigar product and further sale of the repackaged products was an infringement of its registered trade marks which were displayed in plain text on the repackaging.

Use of the trade marks

The phrase “use as a trade mark” however has been significantly interpreted by the courts which have pointed to the importance of context in determining whether a particular use is “use as a trade mark” or not.[1] In the present appeal, the Full Federal Court grappled (amongst other things) with two competing strains of jurisprudence on “use by importation” flowing from the decisions in of Rothmans[2] and Estex[3].

As observed by the Court in this appeal, the case law gives rise to a somewhat difficult conceptual position whereby:

Despite, this conceptual tension, the Full Federal Court endorsed the position explaining it on policy grounds –principally that it is a protection of parallel imports (genuine goods imported from overseas other than by the registered trade mark owner or its direct distributors) as opposed to imports of non-genuine goods where the trade mark is applied by a third party without the registered owner’s consent.

Applying these principles to the present case, Trojan’s repackaging of the products and reselling the repackaged goods was used for the purposes of Section 120 TMA given that the trade marks on the repackaging were not applied by the registered trade mark owner (STG) or with its consent.

Having found that Trojan’s conduct was “use” of the trade marks for the purposes of infringement under Section 120 TMA, the Court had to consider the second issue: did Section 123 TMA apply to make the use of the trade mark a use with the consent of the registered proprietor of the mark.

The Court identified that two competing interpretations of this provision:

Resisting this interpretation, STG submitted that it could lead purchasers of Trojan’s repacked goods to falsely assume that STG was responsible for the product packaging and that it had either applied or consented to the application of the registered trade marks on that packaging (when it had not). STG further submitted that allowing this unauthorised repackaging could damage goodwill associated with the trade mark if resellers could remove and (re)apply the trade mark.

These submissions were rejected given that they are properly addressed by the law of passing off and consumer law protections (which would permit the registered owner of the trade mark to sue for any adverse effects arising from the repackaging of the goods). The Trade Marks Act at Section 121 also allows trade mark owners to display a notice prohibiting certain acts in relation to the goods including prohibited acts such as applying the trade mark to goods or using the trade mark in physical relation to goods after the packaging in which the goods were originally offered had been altered.

The Court thus upheld the primary judge’s interpretation of Section 123(1), noting that the critical point remains whether the trade mark has been previously applied to the goods by, or with, the consent of the registered trade mark owner.

Most directly, the decision safeguards importers and resellers from trade mark liability based on seeking compliance with legislative requirements such as the Tobacco Plain Packaging Act. The interpretations of Section 120 and Section 123 however take the decision even further. The decision emphasises the significance of the application of the trade mark to the goods by or with consent of the registered owner (as opposed to application by a third party or the importer/reseller themselves without the registered owner’s consent). Where this occurs, the importation and/or resale of the goods will not constitute “use” within the meaning of Section 120.