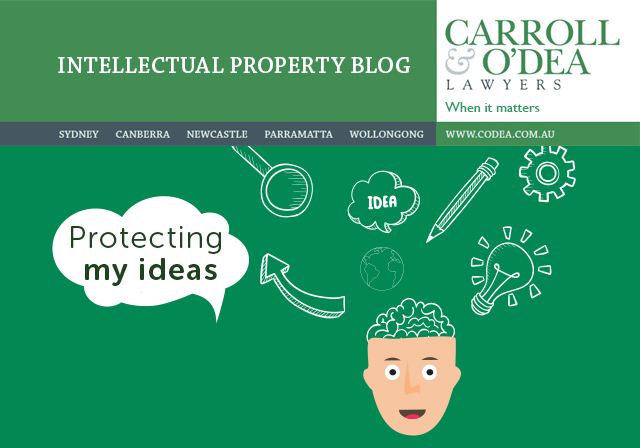 Published on November 11, 2015 by Patricia Monemvasitis and Kim Leontiev

The recent Australian High Court case of D’Arcy v Myriad Genetics Inc[1] (‘D’Arcy’s case’) is exceptional for a number of reasons not least of all, holding that the BRCA-1 genetic sequence is not a “patentable invention” within the meaning of s 18(1)(a) of the Patents Act 1990 (Cth) (‘Patent’s Act’).[2] Specifically, it represents a win for breast cancer sufferers possessing the genetic form of the cancer, enabling public research institutes to continue their necessary research into the BRCA-1 gene without paying for the use of the genetic sequence. The story of the woman who led the charge against Myriad Genetics however is even more captivating still. The D’Arcy’s case is veritably of a “David and Goliath battle”,[3] played out in Australia’s highest court.

IP Australia has now released an update on its patent examination practices to be implemented in light of this decision. The update notes that the following will not longer be patentable:

However, as noted by IP Australia, the High Court did not make any finding as to the remaining claims of the patent directed to probes, vectors, methods of production and methods of diagnosis.

Therefore, while the decision that the genetic sequence itself is not patentable does represent a significant win for those seeking free access to the genetic research and material to develop treatment and reduce the cost of treatment to suffers, there remain a number of patented and patentable inventions that may still be necessary to extract, further develop or otherwise test the sequence.

Apart from this, the very fact that the case could be brought, as shall be seen, represents the fundamentally public and broad nature of standing in opposition proceedings under the Patents Act.

Yvonne D’Arcy is described invariably within the media as a 69 year old grandmother from Loganlea, Queensland. In 2010, Yvonne, along with Cancer Voices Australia, a cancer sufferers support group, initiated proceedings in the Federal Court against Myriad Genetics Inc;[4] a multi-national, biotech company which at the most recent estimate was worth US $2.4 billion.[5] The case saw Yvonne mortgage her own home to partly fund the case, especially after Cancer Voices Australia could no longer afford to be involved in the proceedings.[6] At first and second instance before the Full Federal Court, D’Arcy had failed. Why Yvonne decided to take up the cause can only be stated in her own words: “I’m doing this for all those people who said to me ‘we don’t have a voice – can you be our voice?’ – I’m speaking up for them.” [7]

One would think that Yvonne’s affliction with breast cancer, a life threatening disease, would make qualify her as a “person aggrieved”;[8] a person relevantly affected by a court’s decision. On the contrary however, Yvonne D’Arcy did not suffer from a genetic form of breast cancer. She instead had a “sporadic” form of the disease, meaning that Yvonne did not have a hereditary predisposition to the disease. Thus in reality, the decision to patent breast cancer gene mutations, would not have materially impacted her, which ever way the High Court decided the case.

In most corners of civil litigation the rules relating to standing (locus standi) for third party interests is generally well accepted and taken for granted. Take for example within administrative law, where third party standing is more commonly put to the test. In such cases, standing is granted only to a “person aggrieved”,[9] meaning that a “mere intellectual or emotional concern” is insufficient,[10] requiring that some relevant form of an advantage or benefit be at stake to the third party, “other than the satisfaction of righting a wrong”.[11] Not just any ordinary member of the public is permitted to litigate on bare principle. This then begs the question: How did Yvonne D’Arcy, an otherwise unaffected person, obtain standing?

How did Yvonne D’Arcy, an otherwise unaffected person, obtain standing?

It’s through the exceptionally broad standing provisions of the Patents Act 1990 (Cth) that Yvonne D’Arcy was able to bring her case. The Patents Act provides three substantive grounds in which ‘any person’ is able to oppose a proposed patent. These include:

The Minister, or any other person, may, in accordance with the regulations, oppose an innovation patent that has been certified and seek the revocation of it…

There are certain grounds on which a person must allege invalidity of a patent. Nonetheless, what is patently clear is that the Patents Act provides one of the broadest standing provisions available to the public at largeunder statute.

Why does the Patent Act grant such broad standing?

The Patents Act very rightly follows a rationale of public interest. Yet, despite the Act’s suggestion of innovation, modernisation and all things cutting edge, the evolution of patent law boasts one of the oldest statutory histories. The Patent Act finds its derivation in the Statute of Monopolies[13] passed by the English parliament in 1624 during the reign of James I.[14] Genetic patenting was evidently not in the collective conscience of the English at the time. However, it is clear looking back that the drafters were cognisant of the importance of “public interest”, and ensuring that the granting of patents were not “inconvenient” or “mischievous to the State”.[15] Realised in largely fiscal terms, the primary concern was that patents did not drive up the price of goods by opportunistic monopoly holders, or contributed toward unemployment as potentially new industries were stifled from emerging.

The meaning of “public interest” has certainly evolved since then. Nonetheless, the early development of patent law and its overriding concern for the public interest is pervasive as ever. Contemporarily, in an openly democratic society (as compared to Elizabethan or Jacobean England), this means that proposed patents are directly submitted to public scrutiny, by openly inviting members of the public to directly challenge the validity of patent applications where possible.

The case of D’Arcy v Myriad Genetics was in essence one of principle and clearly one where the public interest was deemed to have prevailed. Nonetheless, the exceptional feature of the case in which an otherwise private and unaffected grandmother decided to litigate a matter, at her own insistence, should not be lost nor downplayed. As Professor Dianne Nicol of the Centre for Law and Genetics states: “these are areas where you need public interest litigation, [where] you need an Yvonne D’Arcy to come along and bring the case because it is in the broader public interest, but in Australia that doesn’t normally happen.” In sum, the entrance of third party litigants like Yvonne D’Arcy epitomises the utilitarian purpose for which broad standing has been made available in Patent law.