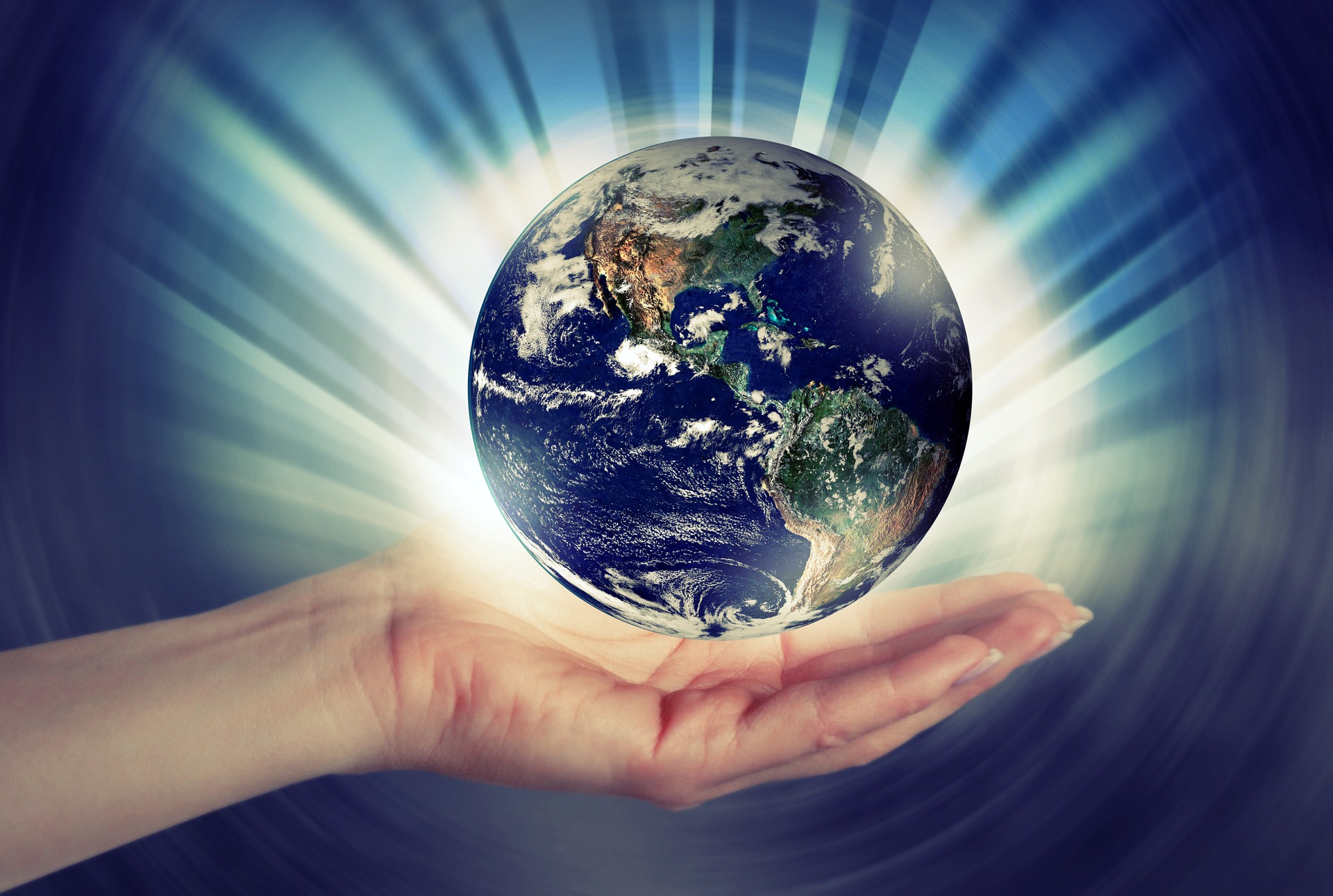 As first published in The Primerus Paradigm – January 2022 edition.

As Primerus celebrates its 30th anniversary, it celebrates its commitment to upholding integrity and community service across borders. As the nature of charitable work has become further globalized and interconnected, we highlight key legal considerations for charities to consider when operating across borders.

Across borders, there are variations and similarities in the approaches to charitable status. An international comparative study of the treatment of charities issued by the Canadian Department of Canadian Heritage identified a common definition of charity:[1]

“an organization engaged in the relief of poverty, the advancement of religion or education or other activities of ‘public benefit’.”

For example, Australia defines a charity as a not-for-profit entity which operates for charitable purposes that are for the public benefit, does not have any disqualifying purposes (i.e., purposes unlawful or contrary to public policy) and is not an individual, political party or government entity. Whether “public benefit” is interpreted in a narrow or broad way depends on the policies and values of the particular jurisdiction. For example, the United Kingdom and New Zealand have interpreted the public benefit of education to include art galleries, museums, libraries and sports facilities. While most countries include religious support as a charitable public benefit, some countries such as Mexico do not regard religious support as charitable. Prior to seeking concessions or obtaining funding in a jurisdiction, it is important that charities review the local definition of charity and confirm whether their organization, its objectives and its work align with what that jurisdiction deems as a charity and of “public benefit.” If it does not align, the organization may need to consider making amendments to its structure or operations in that particular jurisdiction.

Subject to local requirements, charities may elect to operate under an array of not-for-profit structures, including incorporated associations, charitable trusts or corporations limited by guarantee. Irrespective of structure, generally, in order for a not-for-profit organization to be legally deemed as a “charity,” it will need to obtain registration of its “charitable status.” This registration is usually either made through official government review (bureaucratic approach) or review by a government executive agency (arms-length approach).

Obtaining registration as a “charity” may enable not-for-profit organizations to obtain charity tax concessions and exemptions, eligibility for various fundraising options and financial grants, streamlined reporting requirements and increased legitimacy in the public eye. Additionally, the organization should consider creating a separate legal entity or operating structure in that jurisdiction, or at least, appropriately register itself as a foreign entity in that jurisdiction, as such registration may be a pre-condition to lawful activities. It is important that charities understand the corporate and regulatory frameworks of the jurisdictions they perform (or intend to perform) work in or fundraise from.

Tax Exemptions for the Organization

As a rule of thumb, organizations must pay tax on all of their taxable income – unless they qualify for an available tax exemption or concession. In the interests of encouraging activities for the “public benefit,” jurisdictions often provide income tax exemptions for eligible charities and not-for-profit organizations. Beyond income tax, jurisdictions may also allow for parallel exemptions for a broader range of  taxes including payroll tax, property tax, goods and services tax, gift tax and rates.

Charities operating in multiple jurisdictions should diligently keep a record of where, what and how much revenue they derive in each jurisdiction. Before operating in a jurisdiction, charities should consider a strategy which ensures that all available and appropriate tax concessions applicable to their purpose are obtained at the outset.

In a measure that further assists charities, jurisdictions often encourage donors – both individuals and corporations – to make charitable monetary contributions by providing them with tax incentives. For example, in Australia, Singapore and the United States, donors to eligible charities may be entitled to income tax deductions (which reduce their amount of income subject to tax).  In New Zealand and Canada, individual donors may be eligible for tax credits (which reduce their amount of tax owed) and corporate donors may be eligible for tax deductions. Japan offers donors the choice between a tax deduction and tax credit for eligible donations. The United Kingdom has the “Gift Aid” scheme which enables charities to reclaim the basic rate of tax paid by the donor on donations (i.e., the charity is able to claim more money from HM Revenue and Customs, the United Kingdom’s tax authority), subject to the donor making a “Gift Aid” declaration.

In order to access these incentives, donors must make their charitable contributions to a qualifying donation recipient – namely being an eligible and registered charity in (or given deductible status in) their tax paying jurisdiction. This means that if a donor makes a donation to  a foreign charity, even if the charity’s aims and objectives are deemed charitable in the donor’s own jurisdiction, the donor will be unlikely to receive any tax concessions for their donation unless the particular charity has obtained a local deductible gift recipient status. It is noted that some jurisdictions may have applicable international agreements and special schemes which permit the dual-registration of charities (such as the United States and the United Kingdom).

It is in the charity’s interest to support donors by facilitating their eligibility for tax incentives. It is also recommended that cross jurisdictional frameworks (such as International Conventions, Double Taxation Treaties and Dual-Registration Schemes) are reviewed for their potential applicability.

Another key consideration for charities is how funds are allowed to be raised, and also where and how those funds may be used.

Generally, charities need to register to perform fundraising activities in a jurisdiction. In Australia, some states require charities to obtain a license to fundraise and to provide reports on funds raised to the relevant government regulator. Once registration is obtained, charities are able to raise funds through any means they choose – as long as it is aligned with its charitable purpose and compliant with the applicable laws of that jurisdiction.

Charities often raise funds through traditional means, such as street collections, door-to-door appeals and holding fundraising events, such as raffles, charity dinners and charity auctions. Seeking grants and corporate sponsorship is also common. Given these activities are often confined to one jurisdiction, charities are better able to ascertain which relevant fundraising laws they must comply with.

However, as the world becomes more globalized and technologically enabled, charities have had to adapt by developing new and creative means of fundraising.
Charities are utilizing the increased connectivity of the world by raising funds through online charity drives, social media campaigns, crowdsourcing and social investment. Given the global reach of these activities, they are likely to apply to various jurisdictions. From a legal perspective, the charity will need to comply with the jurisdictions where the soliciting of funds occurs, where the fundraising communications are received, where the making of donations occurs and where the donations are received. As there is currently a minimal framework for cross- jurisdictional fundraising (and charity law in general), the onus falls on the charity to concurrently comply with the regulatory regimes of these multiple jurisdictions.

How and Where Charities Use Funds

There are escalating concerns of the global misuse of charity funds for nefarious purposes. These include corruption, money laundering, modern slavery and terrorism funding. As such, it is paramount that charities perform their due diligence in relation to where and how their funds are used, and who their funds are ultimately benefiting. Beyond good practice, some jurisdictions also have regulatory frameworks which set out how charities are to manage their resources and activities outside their jurisdiction. In Australia, all registered Australian charities operating outside Australia must comply with the External Conduct Standards. The standards require charities to take reasonable steps to ensure all overseas activities are performed to appropriate standards of behaviour, governance and oversight. To enforce this, the Australian charity regulator has powers to take action against charities if there has been a serious or deliberate breach.

Charities should take reasonable steps in ensuring that their activities, in all jurisdictions, are consistent with their charitable purpose and status as a charity. They should employ proper risk management protocols and proper controls to manage where and whom funds are going to. There are also live issues as to whether a charity may be legally liable for activities of their employees and representatives in other jurisdictions, and as to the consequences of such claims.

Prior to performing any activities or seeking funds in a jurisdiction, charities and not-for- profit organizations should undertake careful consideration of the frameworks, laws and policies specific to that jurisdiction. It is recommended that charities obtain specific legal and taxation advice. 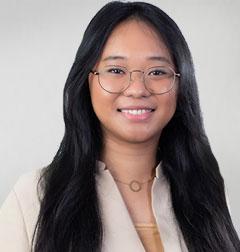