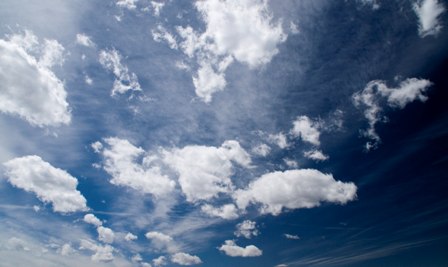 ‘Go away money’— will it now go away?

Is the Fair Work Act ‘balanced’ or not?

When the Workplace Relations Act 1996 (Cth) (with its controversial ‘WorkChoices’ amendments of March 2006) was replaced by the Fair Work Act 2009 (Cth) on 1 July 2009, the Federal Labor Government had as its mantra that its new ‘Fair Work’ regime struck the right balance between employers and employees — that is, it provided a fair level of employee protection while not unduly affecting business’s proper priorities such as increasing productivity and encouraging flexibility.

In the three years since the Act’s full commencement in January 2010, the government’s contention about the Act’s ‘balance’ has been repeatedly attacked from both sides of the political and industrial divide. Business groups, employer organisations and conservative political commentators have criticised the Act and its expanded employee protections and remedies (unfair dismissal, sham contracting, and the new ‘General Protections’ provisions introducing the concept of ‘adverse action’) as unduly obstructing employers from dealing with non-performing employees; thereby, leading to a stagnation of economic growth and loss of productivity. By contrast, unions have contended, among other things, that the Act is neither effective to fairly protect employees (eg in relation to requesting flexible working arrangements) nor consistent with Australia’s international obligations to adequately protect collective bargaining.

In December 2011, the Federal Government announced an independent review into the operation and effectiveness of the Act to be conducted by a three- person panel eminently qualified for the task: Professor Ron McCallum AO, the Honourable Michael Moore and Professor John Edwards. The review was conducted during the first half of 2012 and, consistent with its brief to undertake an evidence-based assessment, included an extensive consultation process with stakeholders across the spectrum of workplace relations, including the general public. The Panel’s report containing the findings of its review, entitled Towards more productive and equitable workplaces: An evaluation of the Fair Work legislation, was released on 2 August 2012.

The notion of ‘go away money’

The Panel’s report identified that one of the most common complaints made by employer groups was that the number of claims filed by employees had skyrocketed since the Act came into force. A further complaint by employer groups was that the Act has led to an increase in the practice of employers paying compensation to settle claims, irrespective of their merits. It was contended that payments of so-called ‘go away money’ are frequently made by exasperated respondent employers who consider it more cost effective to acquiesce to demands for compensation rather than expend the time and resources needed to defend these claims to hearing, even when the claims are unmeritorious.

These complaints were supported to some extent by research on unfair dismissal cases undertaken by Fair Work Australia (newly renamed the Fair Work Commission) in 2010, which revealed that 79 per cent of applicants, 76 per cent of respondents, and 85 per cent of their respondent representatives, based their decision or advice to settle an unfair dismissal claim on a desire to avoid the cost, time, inconvenience or stress of further legal proceedings. Despite the fact that the Fair Work jurisdiction was designed to cater to self-represented parties, applicants frequently engage legal representatives, obliging respondent employers to either obtain their own legal representation at significant cost, or to themselves defend the claims being advanced by a legally qualified advocate.

What were the Panel’s conclusions on ‘go away money’?

Due to the confidential nature of FWC’s conciliation process, the Panel could not assess the value of settlements reached at conciliation by reference to the content or objective merits of each claim. However, the Panel made the legitimate point that an employer’s decision to settle a case is not always simply a commercial decision to make an unmeritorious claim ‘go away’ — it might well be (and no doubt is, at least sometimes) a reflection of the fact that the employer has been advised that it is genuinely at risk of losing the case.

Furthermore, the Panel pointed out that the Act restored unfair dismissal rights to employees of businesses with less than 100 employees who had lost those rights as a result of the ‘WorkChoices’ amendments. A likely effect of that ‘reform’ is that more smaller employers (who lack access to specialist human resources advice) came back into the unfair dismissal ‘net’, thus increasing the overall number of employers who would be more prone, through ignorance or inexperience, to getting a dismissal process ‘wrong’, whether procedurally or substantively.

What is the reality?

All of these matters, while logically cogent, do not detract from a fact that all experienced advisors in this field are well aware of — namely, that ‘go away’ money has always been a feature of the system. The real point is that sometimes the payment being made is truly unjustified on an objective basis, but nevertheless paid by the employer whose motivation is to ‘get me out of this, I have a business to run’. However, in some cases, while the employer sincerely believes that the payment is unjustified, the advisor knows from experience that, on the facts of the matter, the payment is probably ‘within the range’ of a reasonable settlement.

In any event, the Panel report concluded that the Act was generally working as intended, and that the recent slow-down in productivity levels in Australia could not be attributed to the Act, because this downwards trend was evident both during and prior to the previous WorkChoices regime.

Measures to deal with the problem

While there has been some criticism of the Panel’s membership (which is mainly uninformed and generally unfair, bearing in mind the eminence of its composition), and criticism of what to many employers were disappointing outcomes, no-one can deny that in the area of ‘go away money’ the Panel addressed the issue in some depth and looked quite closely at what measures could be adopted that might have a practical and just outcome.

The Federal Government implemented some of these measures in the Fair Work Amendment Act 2012, which amended the Act with effect from 1 January 2013. At the time of its passage, Federal Workplace Minister Bill Shorten declared that the various amendments to the employee protection provisions within the Act would provide a clear ‘disincentive for frivolous or vexatious unfair dismissal claims’.

Further, the Act now confers an increased power upon the Commission to issue costs orders against parties who have unreasonably failed to agree to terms of settlement that could have led to the matter being discontinued, or who have, by an unreasonable act or omission, caused the other side to incur costs. (Ironically, perhaps, these ‘new’ powers are in fact ‘recycled’ provisions that were found in the ‘WorkChoices’ amendments to the previous Act!)

Likewise, the increased powers of the Commission to block and dispose of applications informally will provide respondent employers with further protection against vexatious or delinquent applicants, and provide a greater incentive for applicants to either settle or discontinue at the initial conciliation stage rather than taking the risk of proceeding further.

Finally, depending on their interpretation and application, the expanded cost provisions contained within the amended Act may ultimately create a deterrent effect against unmeritorious claims, protecting employers from expending time and resources in defending claims in the first place.

Will the new ‘reforms’ solve the problem?

There is no doubt that these amendments are sensible measures. One of the constant complaints of employers is that former employees can bring claims with impunity, muck them around, not turn up, then expect a financial windfall whatever the reality, and so forth. These new provisions, which are on this subject a replica of the previous ‘WorkChoices’ provisions, arm employers with at least some weapons to deter claims, which they did not have during the first three years of the Act’s operation.

As the amended Act is still in its infancy, and the effect of the Fair Work Commission’s new cost powers are untested, it is too early to determine whether the practice of paying ‘go away money’ can be eradicated or reduced. But what they hopefully will do is restore some balance to the process — in particular, so that employees come to appreciate that while they have rights, those rights must be exercised responsibly, otherwise there may well be adverse financial consequences for them.