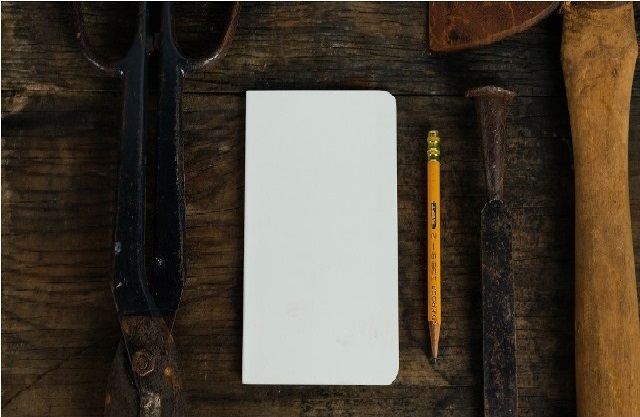 HR Policies that promise too much

Published on May 1, 2009 by Peter PunchPeter Punch

An employer’s human resources policies are not just a set of statements that no-one takes seriously … they can be enforceable contract terms, according to the Federal Court.

Background
Mr Peter Nikolich accepted an offer of employment with Goldman Sachs J B Were Services Pty Ltd (“the Company”) as an Associate Investment Adviser in May 2000. Prior to Mr Nikolich’s acceptance of the offer, the Company provided Mr Nikolich with a number of documents including a document titled ‘Working With Us’ (“WWU”), which was a significant document (119 pages) that covered many topics, such as employee health and safety, harassment and conflicts of interest.

A dispute arose between Mr Nikolich and his direct supervisor approximately 3 years after he commenced employment with the Company, which led to Mr Nikolich making a formal complaint to the Company’s Human Resources section in July 2003. An investigation was subsequently commenced, but it was not concluded until December 2003. During this period (approximately 5 months) the relationship between Mr Nikolich and his supervisor deteriorated rapidly, Mr Nikolich became extremely distressed and went on to develop a depressive disorder. Due to his illness, Mr Nikolich was absent from work for an extended period of time, and this resulted in his employment being terminated by the Company.

The decision at first glance
Mr Nikolich brought a case in the Federal Court where he alleged the following:

Mr Nikolich was ultimately only successful in relation to the second claim, in relation to which it was found that: (1) certain terms within the WWU document formed part of his contract of employment; (2) the Company breached those terms including by not urgently investigating the matter and resolving the dispute and by not ending the supervision of Mr Nikolich sooner; and (3) Mr Nikolich had suffered psychiatric injury as a result of that breach.

The relevant terms of the WWU that were held to have been breached were:

(1) Health and safety: the Company: “… will take every practicable step to provide and maintain a safe and healthy work environment for all people”;
(2) Harassment: “… all people within the JBWere team will work together to prevent any unwelcome, uninvited and unwanted conduct”;
(3) Grievance procedures: the Company is “… committed to make sure that anyone who makes a genuine complaint will be able to discuss his concern confidentially, will be supported by the firm and is not penalised in any way”.

The Court awarded Mr Nikolich damages for past and future loss of earnings, as well as general damages and his legal costs.

The Appeal
The Company appealed the decision at first instance to the Full Federal Court. Chief Justice Black and Justice Marshall dismissed the appeal, except in relation to costs, and upheld the decision at first instance. All members of the Full Bench disagreed with Justice Wilcox’s findings that the terms in the WWU relating to Harassment and Grievance procedures formed part of the contract of employment. However, all judges were satisfied that the term relating to Health and safety in the WWU document formed part of the contract of employment.

Their Honours reasons in support of this conclusion were mainly these:

(a) Mr Nikolich had been provided with a copy of the WWU when he was first offered employment, and prior to signing the letter of offer which referred to “office memoranda and instructions” that would be issued by the Company;
(b) Mr Nikolich had been required to read the WWU document and sign some forms contained within it, including an acknowledgment relating to the Company’s Health and Safety Statement;
(c) The term relating to Health and safety was expressed in promissory language (i.e. the language of contract), whereas other terms were expressed in the language of advice or direction;
(d) Employment contracts that do not have an express term regarding health and safety have an implied term that the employer will take reasonable care to provide a safe place of work and a safe system of work.

The last reason may limit the application of this decision in the future, as the Court noted that the term in the WWU merely extended the common law duty higher, but not significantly higher. The Court did not have to decide whether the common law duty would have been breached in the absence of the express term in the WWU. It was also noted by Justice Marshall that the fact that the WWU document contained an express term by which the Company reserved its right to change the information contained within the WWU from time to time, does not mean that the Company did not intend to be bound by it. Also, the fact that the Company had required Mr Nikolich to sign forms acknowledging certain provisions of the WWU document, did not mean that it was not the parties’ intention for other provisions of the WWU document to form part of the contract of employment.

What this means for your business
There is now a Full Federal Court ruling that a contract of employment may be found to have incorporated provisions contained within other documents (i.e. such as employee handbooks and other human resources documents), and if so, the employer and employee will be bound by those provisions. The same Court has already found a company was bound by its human resources policies to pay an employee a redundancy even though there was no term in his written contract of employment.

The significance of this recent Full Federal Court decision should not be taken lightly, as one can easily contemplate a matter arising where a similar provision relating to health and safety is regarded as incorporated into a contract of employment, and an employee is seriously injured at work. The employee may then have a number of potentials claims against the employer under personal injury laws, as well as a claim for breach of contract. There is of course also the potential for the employer to be prosecuted by state or federal authorities for contravention of occupational health and safety law(s).

Accordingly, employers should carefully (and regularly) review the wording used in their employment contracts and other employment or policy documents, particularly documents relating to harassment, grievance handling procedures, and health and safety matters. This of course may include documents that are stored electronically which are accessed by an employer’s intranet. It is critical that a line be drawn between obligations which an employer wishes to be contractual as distinct from merely “aspirational” and this involves careful drafting.