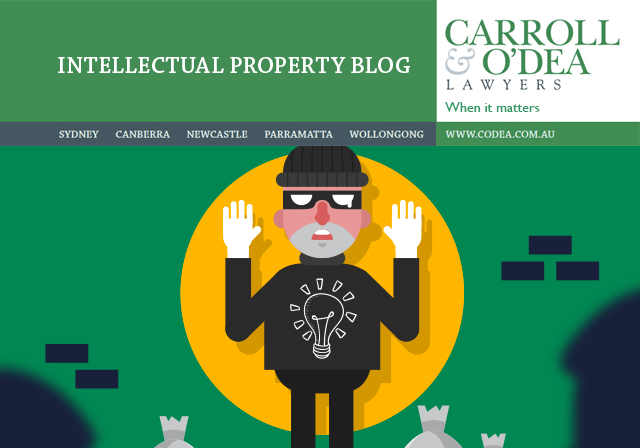 Published on June 29, 2015 by Patricia Monemvasitis and Kim Leontiev

Last month (13 May 2015), the UK Supreme Court handed down its decision in Starbucks (HK) Limited and another v British Sky Broadcasting Group plc and others (NOW Case) dismissing the Appellant’s case and upholding the requirement of actual business goodwill (as opposed to reputation)  as a necessary element in establishing the tort of passing off in the UK.

The ruling in this case effectively means that as far as the UK (and possibly other Commonwealth countries other than Australia) is concerned, having a business reputation alone without a customer base will not protect for passing off even where the overseas customer base is largely the same group that brings the reputation in the home jurisdiction (UK).

Factual Background
The case centred on an internet protocol television (IPTV) service known as “NOW TV” which was owned and operated by a substantial Hong Kong media group headed by PCCW Ltd (“PPCW”). The NOW TV service had been provided under that name in Hong Kong since 2006. By 2012, NOW TV had over 1.2 millions subscribers – around half the households in Hong Kong. PCCW had been considering expanding its NOW TV service internationally since 2009, and in 2012 launched a NOW player app on its website in the UK and via the Apple App-Store.  In the meantime, in March 2012, the Respondents, British Sky Broadcasting Group PLC (“Sky”) announced their intention to launch a new IPTV service under the name NOW TV, which was launched in July 2012. PPCW commenced proceedings arguing that Sky’s NOW TV IPTV service constituted passing off of its NOW TV brand.

The law of passing off seeks to protect a trader’s business “get up” (whether it be brand name, trade description, or aspects of labelling of packaging or other identifiers) from being illegitimately appropriated by another trader that misrepresents their goods and/or services as being those of the first trader. It is therefore an important protection of business goodwill in conjunction with (but also, as in this case, in the absence of) other protections such as under a registered trade mark. The problem for PPCW, however, was that whilst it had 1.2 million subscribers in Hong Kong, in other countries like the UK there were no subscription services being offered. This meant that the identifiable group of predominantly Chinese-speaking residents in the UK who knew of NOW TV from Hong Kong – even as subscribers to it there – would, in the UK, only access NOW TV content via the PPCW website and/or PPCW YouTube channel free of charge. As such, they were not “customers” of PPCW’s NOW TV in the UK.

Issue on Appeal
Without any UK customers, PPCW could not straightforwardly establish “goodwill” (i.e. reputation and customer base) in the UK as distinct from having a mere reputation (i.e. a reputation without a customer base) in the UK which it clearly did amongst the identified community, many of whom were even customers of NOW TV whenever they spent time abroad being domiciled in Hong Kong.  The question on appeal therefore was whether in the absence of UK goodwill, IPCW could nonetheless still claim passing off on the basis its UK reputation and the connection of that UK reputation to the international goodwill in Hong Kong?

In argument on Appeal, PPCW submitted that:

(i) Contrary to previous decisions and the decision of the lower court, the UK law should recognise significant UK reputation connected to the international goodwill in Hong Kong as sufficient for the purposes of establishing a passing off claim – particularly in light of the modern-day global-market commercial realities and jurisprudence emerging from other common law jurisdictions such as Australia, Canada, Ireland, New Zealand and Hong Kong;

(ii) The goodwill may be said to have existed in the UK because of the availability of the PPCW NOW TV service on a number of international flights (and some websites).

Decision of the Court
Lord Neuberger (with whom Lord Sumption, Lord Carnwath, Lord Toulson and Lord Hodge agreed) delivered the judgment dismissing PPCW’s arguments to confirm the requirement of goodwill (in the sense of a customer base) within the jurisdiction of the UK for the purposes of an action in passing off in the UK.

Lord Neuberger reiterated the decisions of previous cases that established the precedent on the law of passing off in the UK, highlighting that:

(i) “[good will] is inseparable from the business to which it adds value, and, in my opinion, exists where the business is carried on”. (Inland Revenue Commissioners v Muller & Co’s Margarine Ltd [1901] AC 217, 235,  per  Lindley LJ); and

(ii) “[g]oodwill, as the subject of proprietary rights, is incapable of subsisting by itself….[having] no independent existence apart from the business to which it is attached” (Star Industrial Co Ltd v Yap Kwee Kor [1976] FSR 256, 269, per Diplock LJ);

which would suggest that separate goodwill exists separately in each county in which a business is carried on.

Although cases like Baskin-Robbins Ice Cream Co v Gutman [1976] FSR 545 and La Société Anonyme des Anciens Établissements Panhard et Levassor v Panhard Levassor Motor Company Ltd [1901] 2 Ch 513 might have presented some questioning of the above propositions, they could not assist PPCW given that both decisions involved facts where goodwill was found in the UK, even if the goodwill was indirect (as in the La Société case where it was in the form imports to the UK under licences bought from third-parties). In any event, there were equally a number of recent cases confirming the traditional approach (see Alan Bernardin et Cie v Pavillion Properties Ltd [1967] RPC 581, Amway Corporation v Eurway International Ltd [1974] RPC 82, Athlete’s Foot Marketing Associates Inc v Cobra Sports Ltd [1980] RPC 343).

Although not separately discussed, in relation to the second argument relating to goodwill by virtue of international flights the same considerations would seem to apply. Interestingly though the Court did highlight as relevant the fact that the in-flight magazines of the international flights offering NOW TV did not make reference to it.

In relation to Commonwealth jurisprudence from decisions from Australia, Canada, Ireland, New Zealand and Hong Kong, Lord Neuberger found that only the Australian decision of Congra Inc v MCCain Foods (Aus) Pty Ltd (1992) 106 ALR 465 (‘Congra’) could provide assistance to PPCW’s contentions, whilst cases from other jurisdictions were sufficiently distinguishable on the facts to be of assistance.

In Congra, after a full review of common law authorities including those in the UK, the Federal Court of Australia decided that in the modern commercial context of increasingly globalised markets, modern mass advertising and the international mobility of the world population,  the traditional approach established by earlier UK decisions was too “hard-line” and in conflict with these commercial realities. Accordingly, it was held that the plaintiff’s reputation in Australia would be sufficient for arguing passing off and that it was not necessary for the plaintiff to establish business presence or sale of goods in Australia.

Lord Neuberger conceded the Australian divergence in Congra but noted that it was not a High Court ruling and thus subject to a future re-evaluation, and that whilst the reasoning in Congra might agitate for UK courts to reconsider UK precedent, any such proposal is outweighed by the considerable disruption to legal certainty that common law precedent system is intended to maintain and provide.

Finally, Lord Neuberger noted the jurisprudential importance of keeping goodwill distinct from reputation as demonstrated by analogy to trade mark law and copyright law. The online reputation of a trade mark would typically not suffice unless the online reputation is accompanied by sales (or offer to sell) goods/services under the trade mark either online or by physical presence in the jurisdiction. Likewise, in the modern age of advertising and online presence, the protection of reputation alone could potentially lead to a plethora of reputational rights being afforded protection which would disproportionately impinge on the value of free-market competition in favour of protectionism.

Conclusion
The decision of the UK Supreme Court has confirmed the UK’s adherence to the strict separation of goodwill and reputation in relation to passing off claims thus reinforcing the divergence between Australian and UK on this within Commonwealth common-law jurisprudence. Whilst it is yet to be seen whether this divergence will be resolved or further entrenched upon a High Court consideration of this question in Australia, the important lessons arising from the UK decision in relation to protecting business interests (including future interests) apply equally to Australia.

Businesses with developing reputations in foreign jurisdictions should act early to grow that reputation into a protectable asset. Even if there are no immediate plans for expansion or providing goods or services in that jurisdiction, the offer of some of the good/services online or the registration of a trade mark with evidence of intention to future use could secure an important advantage against a potential competitor brand and avoid costly litigation or rebranding. As PPCW discovered with taking measures to protect its NOW TV brand, in a choice between now and later, the better choice is now!

This strategy does not diminish the importance of securing trade mark registration in the jurisdiction in which the business intends to operate.