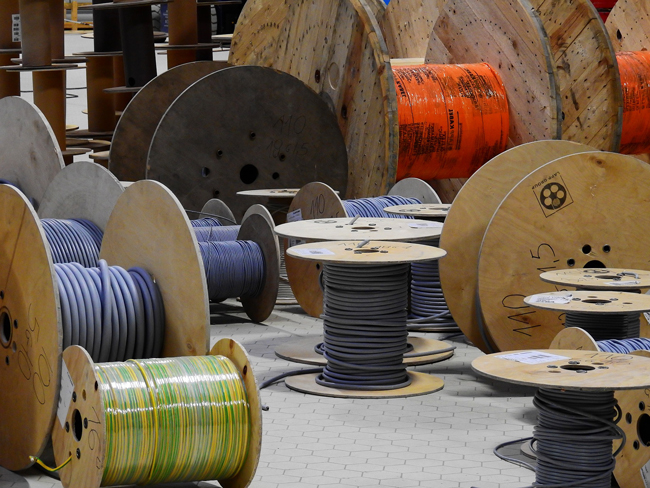 Whether it is faulty cables, flammable cladding or exploding glass balconies, potential liability as a result of non-conforming or non-compliant building products should not be underestimated, and building industry stakeholders should consider product liability insurance as a means of de-risking their businesses.

We live in a global economy that brings with it a number of advantages. It also allows the importation of cheap building materials into Australia, at times without the appropriate control mechanisms in place.

Global free trade has led to a very local problem when inferior products are imported. The impact of inferior imported products affects industry stakeholders along the supply chain within Australia, and while generally the buck may stop with the importer, if that business is wound up then other contractors along the supply chain will bear the cost of a product failure.

The use of non-conforming building products and non-compliant building products carries a risk of injury, death and substantial property damage costs. When an inferior or inappropriate product fails there can be complex legal issues to untangle, which can prove costly for consumers and building industry stakeholders who find themselves drawn into the issue.

The stakes can be high when there is a catastrophic product failure, seen recently with the fire involving combustible cladding in the Lacrosse Apartment building in 2014, which luckily did not involve any loss of life, thanks to a sprinkler system that performed above and beyond its specifications, a well-orchestrated evacuation, a timely response by firefighters and favourable weather conditions.

The Senate Inquiry has been told that the owners of the Lacrosse building have a damages claim in excess of $15m, with $6m having been spent to date on the building and an estimate of a further $9m to remove and replace the combustible cladding1.

Premature failure of the insulation of Infinity electrical cables, outlined in further detail below.

Spontaneous glass breakage in high-rise buildings due to the presence of nickel sulfide causing an inherent weakness when glass is subject to extreme variations in temperature4.

A recent example of a massive product failure has been seen with the importation of problematic Infinity electrical cables from China into Australia by Infinity Cable (under external administration) (ICC).

In August 2014, the ACCC instituted a recall of infinity electrical cables on the basis that the insulation of the cables was prone to premature failure resulting in electrocution and fire risks.

As at April 2016, from the 3900 km of the problematic cabling that had been installed nationwide there was still 2300 km remaining, with NSW containing the highest amount of the cable at 1657 km6.

At last count there were 38 cable suppliers in NSW who are affected by the mandatory recall7.

The director of ICC, Lu Luo, pleaded guilty on 14 September 2016 to selling the non-compliant electrical cables imported from China to Masters Home Improvement in breach of the Electricity (Consumer Safety) Act 2004 (the Act). Luo has been fined $18,000 and ordered to pay $15,000 in costs by the Supreme Court of NSW, but the economic impact on other stakeholders in the supply chain is far greater.

Those suppliers of the cable, which are not alleged to have been in breach of the Act, have been left with bearing the costs of the recall. And where the supplier cannot be identified by the electrician, then it is the electrician who is left with the cost.

With a huge amount of the problematic cabling remaining, contractors who have installed Infinity cables and not yet taken steps to remediate the cables in accordance with the mandatory recall may be subject to liability in the event of loss of life, injury or property damage as a result of any failure of that product.

Building industry stakeholders should give consideration to obtaining product liability insurance with a view to mitigating risks that occur with faulty building products.

Care should be exercised before purchasing insurance and professional advice sought to ensure that you understand the product that you are purchasing and the impact of any exclusion clauses.

By way of analogy, in the context of professional indemnity insurance the Australian Institute of Building Surveyors recently warned its members that insurers were looking to broadly worded exclusion clauses to decline indemnity under professional indemnity policies for claims based on failure of Aluminium Composite Cladding and non-conforming or non-compliant products generally.

Care should be taken with the purchase of a product liability insurance product to ensure that the risks you are seeking to mitigate will be covered in the event that you face a product failure that causes death, injury or property damage and a resultant claim on your business.

Consideration should be given to exclusion clauses and policy wording in order to ensure that your business has an appropriate level of insurance coverage for its business risk. By way of example particular regard should be given to how the policy approaches the points below:

the definition of your products;

use of non-compliant products vs non-conforming products;