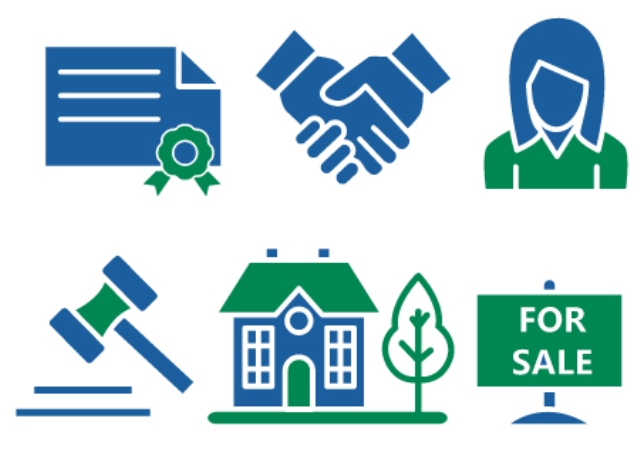 Renewing the Foundations: Reforms to Strata Laws in NSW

In their combined effect, the bills represent a major shake up of the existing strata system since the original Strata Titles Act was made in 1973 with more than 90 proposed reforms being contained in the bills.

In this article, we look at a hand-picked selection of some of these reforms that may have significant implications on strata schemes in NSW across various aspects of the strata law.

As this summary demonstrates the new bills introduce a great number and diversity of reforms targeting many areas of strata management as part of a modernisation process. It is yet to be seen whether these laws will commence as planned in mid 2016. However, all those currently holding interest in or living in strata schemes are encouraged to take a closer look at the particular reforms to consider how they may be affected. Seeking advice and attending to arrangements now can mean a more harmonious transition within your strata scheme upon commencement of the adopted changes.

Under the new scheme introduced by the reforms, the owners corporation will be able to hold votes at meetings by more modern methods such as electronically or by post as well as by secret ballot.

The absence of a quorum at a meeting will no longer necessarily result in the meeting being postponed. Instead, after half an hour of waiting the chairperson will have the option to declare the persons present constitute a quorum (Section 17 SSMD). This reform eases the administrative hassle in large strata schemes where quorums may be difficult to attain.

Likewise, the problem of proxy farming is also addressed by the proposed changes. There will be an imposition of a limit on the number of proxy votes that can be held by one person. A total of only one proxy vote for schemes with less than 20 lots or 5% for schemes with more than 20 lots.  This directly combats situations where one individual can put proxies together to control decisions made by the owners corporation.  Further, a representative of tenants in a strata lot will be able to attend meetings of the owners corporation but will not  be entitled to vote, unless they are a proxy holder, and may be excluded from the meeting during discussions of financial matters (see Section 21 SSMD).

Balancing the increased efficiency are a number of provisions seeking to enhance the thoroughness and accountability of a strata governance including: the requirement of a copy of the meeting agenda to be distributed to each holder of a lot at least seven days prior to the meeting, copies of the last financial statements to be attached to the notice of an annual general meeting, and the inclusion of considerations of building defects and rectification in the agenda of annual general meetings.

The reforms also target the financial management of strata schemes with requirements for key financial information and summaries of financial statements to be prepared for each reporting period for the administrative fund and the sinking fund. Sinking funds are to be renamed the capital works fund. There will be a requirement for the capital works fund plan to be reviewed at least once every five years and the powers of NSW Civil & Administrative Tribunal (NCAT) will be expanded to allow the Tribunal to make orders that an owner, or other person, concerned pay unpaid contributions.

The reforms also seek to target some of the current difficulties with maintenance and upkeep of strata schemes by introducing clearer procedures and requirements. There will be an obligation on the owners corporation, to maintain, keep and repair common property (Section 106 SSMD). The scheme also provides that owners of a lot may recover sums from the owners corporation as damages for breach of statutory duty. Including for a reasonably foreseeable loss suffered by the owner as a result of a contravention by the owners corporation. An example might be a situation where the owners corporation being aware of the need to repair or maintain common property such as a rooftop or pipe, fail to maintain and repair which eventually leads to an event of flooding in an owner’s lot. Any action however, must be taken by the owner of the lot within two years from the time that the loss became apparent.

The reforms also seek to clarify the procedures for alterations to an owner’s lot. A three-tier system will be introduced whereby cosmetic changes such as adding picture hooks or wallpaper will specifically not require approval. Minor renovations such as a change to the flooring will require an approval by 50% of those entitled to vote, whereas renovations affecting the external appearance or structural changes within a lot will require a special resolution approval (i.e. 75% of those entitled to vote).

Introduction of a Developer’s Building Bond

The reforms also address some of the problems in recent times with building defects and the pursuit of builders for repair and compensation. The changes affect buildings more than three storeys in height.  In particular, a building bond that will need to be maintained by the Developer to ensure their accountability for their work.  The bond will be 2% of the contracted price of the building work deposited as a form of security to fix any defective work. Developers will also need to inform owners of the maintenance obligations by providing a schedule tabled at the first annual general meeting. “Developer” is defined in the SSMD as the “original owner of the strata scheme; or a person, other than the original owner, who is the owner of a development lot (a lot in a strata plan identified as a lot to be the subject of a strata plan of subdivision under the development scheme) within a strata plan.”

Developers will also be required to engage independent building inspectors to carry out inspections and produce reports (paid for by the Developer) between 12 and 18 months after the completion of building. The implementation of these changes will enhance consumer protection in new buildings for defective work as well as helping to extend the life of the building.

The reforms also create new model by-laws to deal with some of the recurring issues disputed under current by-laws. Most of the by-laws will be optional for the strata scheme.

A new limit on the number of persons that may reside in a lot would be introduced. The owners corporation could prescribe maximum numbers of occupants for a particular lot so long as the number of occupants prescribed is not less than a total of two adults per each bedroom of a residence. For example a limit to 2 occupants in a 1 bedroom apartment is valid, but a limit of  2 or even  3 occupants for a 2 bedroom apartment would not be valid as it falls below the 2 per room rule.  This by-law reflects the issue of many apartments being overcrowded causing various risks to the strata and a greater wear and tear of common facilities and common property. Higher monetary penalties will also be payable for contravention of the overcrowding by-law.

A new proposed by-law as to pets with the ban on pets making the default position of owners having to ask the Corporation for permission to keep pets which would then be considered on a case-by-case basis but with a restriction on unreasonable refusal of permission to keep the pet. It would, for example, be unreasonable to refuse permission for an owner having a cat which is to be kept entirely indoors. Likewise, certain pets such as guide dogs and other assistance animals will not be prohibited under the by-law and will be allowed as a default position.

Issues with parking will also be reformed with the involvement of local councils which the owners corporation may now approach in seeking assistance to manage unauthorised parking on common property such as disabled car spots, visitors’ car spots or the blocking of an exit by a vehicle. A new section (Section 650A) of the Local Government Act 1993 (NSW) will allow Council to issue fines of up to 5 penalty units ($550) in respect of the unauthorised parking.

A specific provision about smoking within a lot will be introduced beyond the current prohibition on nuisances which has to date been relied on to restrict smoking where it affects another lot. Under the new by-laws, there will be a smoke drift provision.  Allowing smoke to drift into another person’s lot will be specifically prohibited and non-compliance by a resident can be actioned by the owners corporation.  A letter of a notice can be sent following which the owners corporation can apply to NCAT to get an order for the resident to comply with the by-law.

To assist with the enforcement of the by-laws, there will be an increase in penalties which will be doubled from the current maximum of $550 for each offence to a new maximum of $1,100 per offence. With harsher penalties for repeat by-law offenders within 12 months of previous breach. Balancing this will be a provision that a by-law must not be harsh, unconscionable or oppressive.

While these reforms do provide a much needed response to the current recurring issues in internal strata management, it is yet to be seen how widely these by-laws will be adopted and the nature of their implementation in strata schemes.

The reforms propose to lower the present threshold of unanimous support from all owners when it comes to the decision to terminate a strata scheme by collective sale. The reforms will set the threshold at 75% of owners (in other words, a special resolution). The lower threshold process for collective renewal and sale effectively empowers lot owners to realise the full potential of the strata building and pave the way for building renewal and upgrade.  There is, of course, concern that the laws may unfairly affect minority owners particularly those that are vulnerable such as elderly, long term lot owners in a strata scheme. As such, the reforms do seek to provide checks and balances such as compensation for lot owners to at least the market value of their lot plus moving costs as set out in the Land Acquisition (Just Terms Compensation) Act 1991 (NSW), a referral of renewal plans to the Land and Environment Court for final approval and for an order to effect the resolution passed by the owners corporation, and the establishment of a free NSW government funded advice and advocacy program to assist vulnerable owners.  It is likely that these reforms will lead to a stimulated construction industry – augmenting new, more dense high rise development in accordance with the current population growth and housing trends.

Finally, the reforms will increase the NCAT’s power to exclusively deal with the majority of strata disputes including offers to recover outstanding levies. In particular, the Tribunal will have a wider jurisdiction to deal with disputes between the owners corporation and owners, as well as certain types of security interests (mortgagees’ covenant, chargees etc.) and instances of a failure of the owners corporation to exercise a function under another Act.  NCAT will also be able to remove a person from a strata committee, or prohibit a strata committee from determining a matter and require it to be determined by the owners corporation. The owners corporation, however, will also be given the possibility of establishing a voluntary dispute resolution process which does allow for less involvement of NCAT where internal dispute processes prove effective.