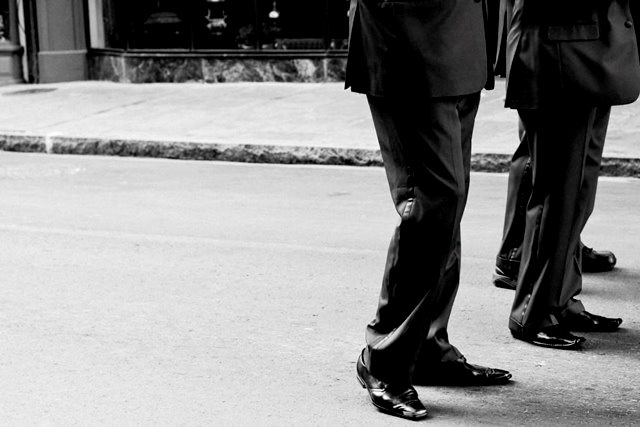 Saints or Sinners – Where to for Whistleblowers?

Following pressure from regulatory authorities to explain how and why the company duped the authorities on environmental tests, Volkswagen has called on its employees to volunteer information, offering an amnesty to junior employees who promptly respond.

This offer reflects the reality that often evidence, as opposed to suspicion, relies on a whistleblower.

In the Australian scene, it is difficult to consider the issue of “whistleblowers” without examining the case of Kathy Jackson.

Jackson received political acclaim, and campaigned as a whistleblower, on the back of her allegations of corruption by  then General Secretary of HSU East, Michael Williamson. Her action in assembling material and going to the police led to the subsequent prosecution and jailing of Williamson, and indeed to the later enquiries into the activities of Jackson herself.

How then do we reconcile the subsequent findings of the Federal Court against Kathy Jackson including as to  her dealings with the so-called National Health Development Account, with her role as the crucial whistleblower who (with encouragement from Michael Lawler) lifted the lid on Michael Williamson’s corrupt activities in HSU East?

In response to Jackson’s allegations, Michael Williamson counter attacked, if you like “blew the whistle on Kathy Jackson”. In doing so Williamson did not face up to the serious allegations against him, but rather turned on his accuser, and by doing so he effectively gave a warning against others who might give evidence against him.

This was reprehensible conduct by Williamson, but in the light of the recent Federal Court decision it seems that there was at least some truth in what Williamson insinuated about Jackson in late 2011.

So if Williamson’s conduct then in accusing Jackson was in fact whistleblowing but for an ulterior and self-serving purpose, what can we say about Jackson’s purpose when the potential consequences of her whistleblowing might have been that as a remaining senior officer she achieved more control of HSU East and its funds?

Was all or any of the Williamson/Jackson whistle blowing really part of a power struggle, rather than done in the interests of achieving good governance (as many assumed on face value)? Indeed, were Jackson’s calls for an inquiry into union corruption part of the same power struggle, or born of a self-righteous view encouraged by public support for a “whistleblower”?

One only has to think of Julian Assange, Edward Snowden or even the anonymous source of the federal cabinet leaks during the leadership of Gillard and then Abbott, to realise that one person’s whistleblower is another person’s traitor. With so- called whistleblowers we rush to judge them as either saints or sinners without applying some level of objective scrutiny as to their motives.

My own experience over many years of seeking legal accountability for a variety of organisations including corporates, industry regulators, associations and not-for-profit groups, is that whistleblowers often have less than pure motives. The classic example is the former employee who once dismissed, blows the whistle on improper practices of their employer which they previously tolerated.

The reality is that subject to the increased discovery and forensic opportunities arising from the digital evidence trail, and from the poorly funded efforts of enforcement authorities, we are often dependent on whistleblowers to reveal misconduct and to achieve recoveries from wrongdoers.

So let us protect whistleblowers from reports made in good faith, and listen carefully to what they have to say. However, the Jackson case indicates the dangers of believing everything they say and of elevating them to sainthood, simply by reason of their whistleblowing.

Perhaps we should dispense with the word “whistleblower” and substitute “informant”. Of course police have to deal with informants all the time and as a society we have policies that, for example, may allow a grant of immunity on the related charges to an informant who tells the whole truth, as well as providing sentencing concessions to those who have assisted the authorities. These are useful principles, and more sophisticated than the black and white views of Jackson that have been played out over the last 4 years.   They also seek to tread the difficult line between encouraging informants, and preventing informants from gaining a privileged position immune from scrutiny and sanction.

It seems that Fair Work Commission Deputy President Michael Lawler, who provided vital assistance to Kathy Jackson in the initial Williamson disclosures to the police, may now seek to defend the later time he is said to have spent assisting Kathy Jackson while on sick leave, upon the basis of his earlier good deed.   This again falls into the trap of treating Jackson’s initial actions as elevating her (and by inference, Lawler), to sainthood.

It may be best to approach these issues with a discussion of how much transparency there should be generally, and with what exceptions, rather than each player in the political debate calling someone a whistleblower or a traitor, according to whether or not their information supports the commentators’ political view.

There is little doubt that corruption has wide reaching and insidious consequences, including misallocation of organisational or society resources to the corrupt rather than the deserving. It also reduces the confidence of investors, and as a result has an adverse effect on the economic wellbeing of societies (particularly in those countries where corruption is more widespread).

There is important work being done by organisations such as Transparency International to try and increase transparency and reduce corruption, not only on economic grounds, but as an ethical or moral position.

In this context, it has been suggested that business and society as a whole would benefit if whistleblowers were compensated for the loss they may suffer, as a consequence of their whistle blowing.They can lose their jobs, and career prospects, as new employers may be reluctant to take on someone who might think they have a higher duty than to be corporate leader of the day.   There is also a risk of loss of work friendships, of counter-accusations and of consequential psychological trauma.

In an ideal world informants who blow the whistle for altruistic and ethical reasons rather than out of self interest, might be applauded and rewarded by new employers wishing to retain the services of such moral individuals. This has happened from time to time, including in the US where complainants of sexual harassment have been supported on occasion by subsequent employers. More commonly, anonymous reports may point the authorities and media in the direction of trouble, leaving an evidentiary gap which lawyers will find familiar.

A distinguishing feature of the Jackson affair is that it was played out in public.  However financial impropriety is not confined to unionists and politicians.   The reason we might think so is that between ICAC and the Trade Union Royal Commission, there has been a very strong focus on those two groups. My own professional experience as a lawyer demonstrates that there is a vast and unreported range of improper or corrupt financial dealings throughout business, the professions and throughout other not-for-profit bodies, including clubs and associations, that would benefit greatly from not only the actions of whistleblowers but also from a discussion of audit and other important reforms.

In many cases those business and other organisations choose not to report or pursue improper or corrupt financial conduct, because of reasonable concerns as to reputation. Yet as we have seen recently, governance reform that weeds out corrupt practices is often achieved only when the levels of external scrutiny are high.

The practical result is that outside the politicised areas, we often fail to discuss or vigorously deal with corrupt conduct, leading to a significant drain on the whole community.

The VW episode should be a wake up call as to the need to confront corrupt conduct across all sectors.

So the time has come to have a discussion about identifying how we best mange and support the actions of future bona fide whistleblowers in a way that encourages true candour, and gives them (and their partners) no more or less credit than they truly deserve. That discussion also needs to canvass how we prevent and detect corrupt and improper financial dealings throughout the whole community, rather than seeking to debate or legislate on the basis that it is only union officials or politicians (and those surrounding them) who are ever the culprits.