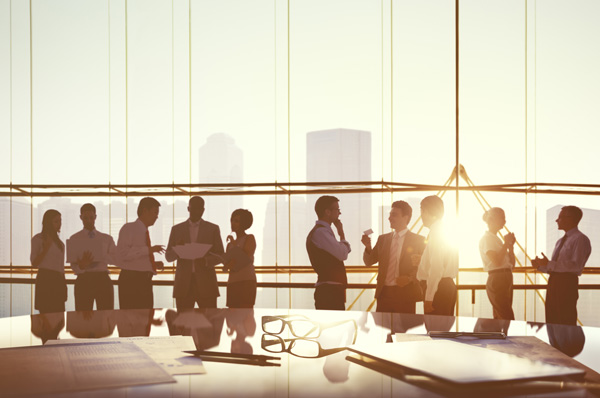 What is a company administration?

Can you take action during the administration period?

During the administration period the company has the benefit of a moratorium during which creditors are prohibited from taking any action against the company to recover debts, enforce security interests or have the company wound up, subject to a few limited exceptions such as where the administrator  consents  or the Court grants leave.

Directors cannot be sued on their personal guarantees of the company debts until the administration ends, except with Court approval.

What should a landlord do when notified of the appointment of an administrator?

What rent is an administrator liable for?

If the notice is given, it will cease to have effect if it is revoked by the administrator, or if the company exercises or purports to exercise rights in relation to the property.

If the notice is given and the company vacates the premises then with the administrator’s consent and a suitable lease the landlord can immediately re-take possession and should be able to immediately re-let, subject to filing documents to remove the lease from the title.

There may be difficulties in calculating amounts to be paid by an administrator where no lease has been entered into.

The administrator will not be personally liable for rent or other amounts payable after another party (eg the company’s bankers) appoints a receiver under a security interest, a secured party appoints an agent to enter into possession or to assume control of the property, or when a secured party takes possession of the property.  From then on the liability for further rent and other amounts owing under the lease will be an issue with the receiver or secured party.

When must an administrator pay the rent?

What if you commenced action against the company before the administration period?

A landlord is not prevented from giving any notices to the company under the lease relating to the property during the administration period.

If the company is holding over as a monthly tenant (eg because its lease has already been terminated or it has expired) then the landlord may (but does not have to) negotiate a new lease with the proposed purchaser of the business.  The key-money prohibitions of the Retail Leases Act 1994 (NSW) prevent the landlord from insisting on payment of any arrears or of a premium as a condition of the new lease of retail premises governed by that Act.  However, the landlord can demand a higher base rent for a new lease than applied under the old lease.

If the lease still has a period to run, the landlord should assess the proposed purchaser in the same way as a normal application for assignment of lease.  If consent is to be given and there are arrears of rent, any verbal and written consents should say that the landlord consents to assignment of the lease but proposes to terminate the lease for non-payment of the arrears of rent.  This will often bring a satisfactory result in collecting arrears!

The Retail Leases Act provides only five grounds for which consent to assignment can be withheld in relation to leases governed by that Act:

(a) if there is a change of use proposed;

(b) if the proposed assignee has financial resources or retailing skills that are inferior to the tenant (unlikely in the case of the outgoing tenant being a company in administration!);

(c) if the tenant has not complied with the procedure in the Act for obtaining consent;

(d) in relation to a lease of airside premises at Sydney Airport, the assignee has inferior skills for competing in the international airport retail market; or

(e) if the lease was awarded by public tender, the assignee fails to meet any criteria of the tender.

What happens at the end of an administration?

The moratorium of actions against the company and guarantors then comes to an end.  If the company enters into a deed of company arrangement, a landlord of property will be bound by any restriction on the landlord’s rights contained in the deed if the landlord voted in favour of the deed at the creditors’ meeting or the Court otherwise orders.  For that reason, landlords should give careful consideration to any proposal for a deed of company arrangement.  Legal advice may be appropriate.

The Court can still make an order that the landlord not take possession of or recover property, but only if it is satisfied it would have a material adverse effect on achieving the purposes of the deed and if, having regard to the terms of the deed, the terms of the order and any other relevant matter, the interests of the owner or landlord will be adequately protected.

A deed of company arrangement will normally treat arrears of rent in the same way as it treats other unsecured liabilities.  Except for preferred creditors (eg employee claims), these are usually paid at a uniform rate – eg five cents in the dollar.

Even though the landlord cannot sue the company for arrears whilst the deed is in effect, the landlord may still be able to terminate the lease for non-payment of the arrears.  In this way the right of termination of the lease may be used as “security” for the unpaid arrears.

Can a tenant use a deed of company arrangement to get out of a lease?

Yes.  This is a common use of the deed of company arrangement.  This is achieved by the deed providing effectively that a specific landlord, or all landlords of the company, cannot claim for future rents or arrears.  In our view the affected landlord can treat that deed as a “repudiation” of the lease so that if the landlord does not waive its rights or vote for the deed, the landlord can terminate the lease and resume possession of the premises at the end of the administration.

The Courts have accepted tenants using a deed to get out of leases on the basis that the landlord would be no worse off if the company instead went into liquidation.

Sometimes a company will enter into voluntary administration, seek to get out of the lease, and then enter into negotiations with the landlord for a new lease at a lower rent. This was the case for SumoSalad, which put its leasing entities into voluntary administration and sought to reduce the rent payable under a number of leases it had in Westfield shopping centres. If the previous lease was above market rent and the landlord is keen to retain the business of the tenant, the landlord may agree to this.

What about bank guarantees?

A landlord can obtain a substantially better result if its managers take special care in how they deal with any bank guarantees held in respect of the tenancy.

After the administrator has met their own liability, which is described above, the bank guarantee can be called to meet any earlier arrears deducted by the landlord in calculating the landlord’s claim as an unsecured creditor in the administration.

What if a deed of company arrangement is not signed?

If the deed is not approved, this usually means the creditors have resolved to wind up the company and it goes into liquidation. If the deed is approved but not signed within a fixed period after the approval meeting, the company also automatically goes into liquidation.  The position will then be similar to what happens if a deed is entered into except that the company will usually cease to trade and the landlord and other creditors will not be restricted by any deed of company arrangement.  However, permission of the Court will then be required to take any action against the company, and the liquidator might effectively repudiate any lease, if that has not already happened.  Also, the liquidator has extra recovery rights including a right to recover preferential payments to creditors and a right against the directors for any debts incurred during insolvent trading.

The administrator will still be personally liable for rent for the period commencing five business days after the start of administration and expiring on the earlier of the company vacating the premises or the administration ending.

Is administration always bad for landlords?

No.  Sometimes an administration will enable a tenant to get their affairs in order.  This will usually involve compromise by everyone, with the aim of achieving or maintaining a viable business.

Landlords should particularly remember to:

What about special circumstances?

Each case has its own special circumstances.  This summary should be treated as advice of a general nature and specific advice should be sought in every case.

One special circumstance was where a franchisor had taken leases in its name and then went into administration.  Many of the franchisees continued to perform the leases and pay rent.  Ultimately one franchisee wanted a new lease in his own name, but that could not be done without the franchisor (or the appropriate administrator) signing a surrender since the lease was still in the franchisor’s name.  Because the franchisee had paid all rental and arrears it was not possible to terminate that lease for default, but the administrator was happy to sign the lease surrender.