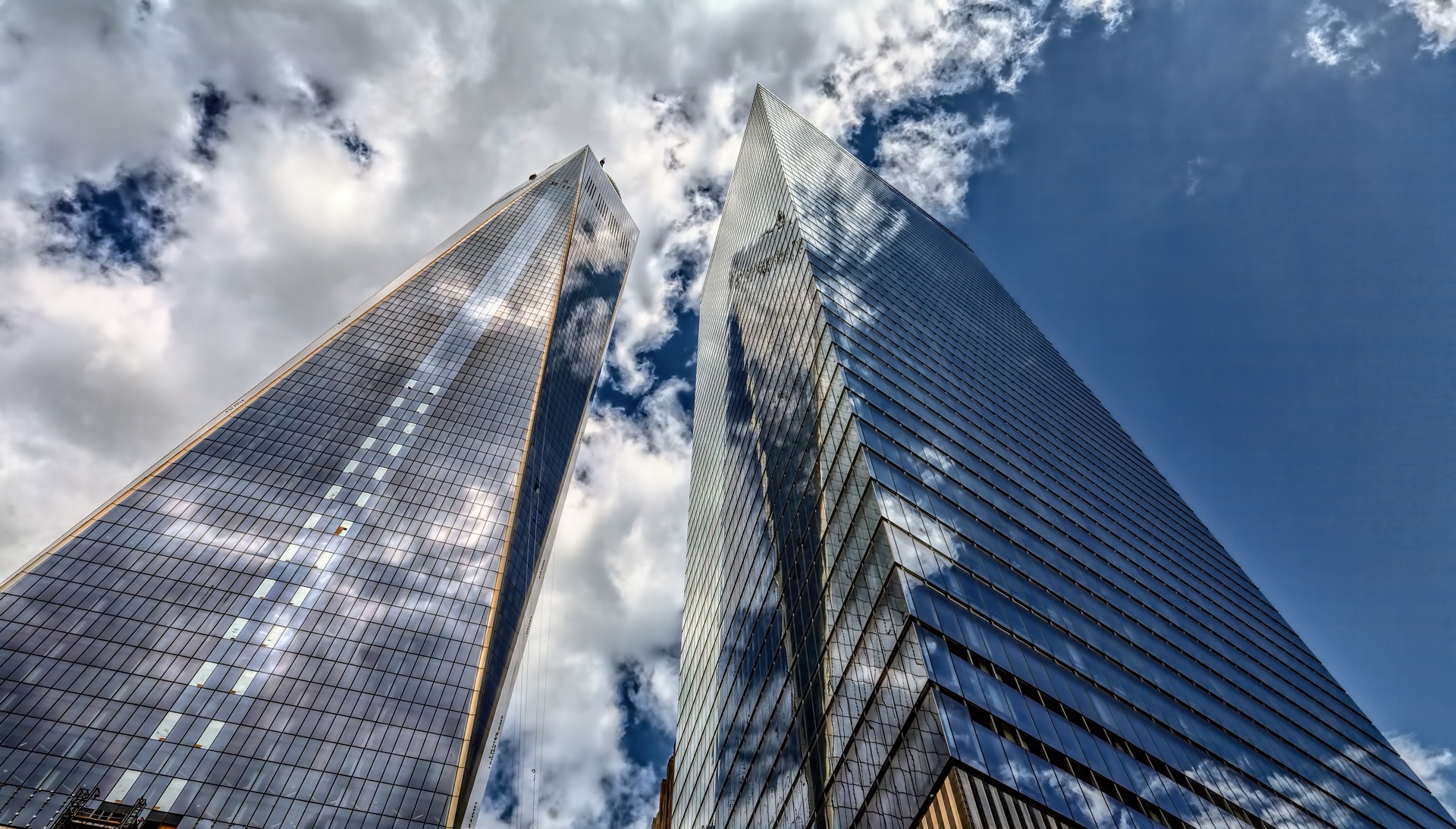 The involvement of aluminium composite panel cladding (ACP) in fires in multi-storey residential buildings in Australia and internationally, most notably in the Lacrosse apartment building in Melbourne in 2014 and the Grenfell Tower in London in 2017, has rippled a shockwave of concern amongst property owners, building industry participants, insurers and regulators.

The use of ACP in the facades of multi-storey buildings in Australia has resulted in many owners of buildings and strata units actioning the following:

ACP has been involved in a number of fires and while regulators grappling with issues surrounding the use of ACP in Australia following a very destructive fire in the Lacrosse apartment building in Melbourne, it was the Grenfell Tower fire that resulted in the tragic loss of 71 lives[1] that has given greater impetus to this issue.

This article looks at some of the recent legislative reforms that have been proposed in NSW and Victoria surrounding the use of ACP.

ACP products have been used in multi-storey residential and commercial buildings in Australia for the past 40 years, being a cost effective building material.

As identified above, two recent fires involving ACP which have been widely reported and commented upon are the Lacrosse fire and the Grenfell fire.

The fire spread in the Lacrosse building was rapid, having started from an unextinguished cigarette on an 8th floor balcony and spreading to the 21st floor within 10 to 15 minutes, penetrating adjacent internal rooms as it travelled[2].

The ACP product used, Alucobest, was found in the post-incident analysis conducted by the Metropolitan Fire Brigade (MFB) to have contributed to the rapid spread of the fire.

The fire caused substantial damage to property, however, through favourable weather conditions and good fortune the Lacrosse fire caused no loss of life[3].

During the MFB investigation it was noted that the Lacrosse Building was a Type A construction under the Building Code of Australia (BCA), and accordingly, the deemed-to-satisfy requirements of the BCA stipulated that external walls must be non-combustible, as determined by the AS1530.1 Combustibility Test for Materials[4].  The MFB arranged for the Alucobest ACP to be tested by the CSIRO for combustibility using the Australian Standard and the material failed dramatically.  The minimum test time for combustibility under AS1530.1 is 30 minutes and the sample failed within the first minute of the test, with the test being cancelled soon after to avoid damage to the CSIRO equipment.

In those circumstances it has been suggested that the use of Alucobest did not comply with the BCA and the Victorian Building Authority (VBA) issued an order to the builder, LU Simon, to replace the cladding.  LU Simon successfully resisted the VBA order in circumstances where the Supreme Court found that the Building Act 1993 (Vic) does not give the VBA power to direct a builder to rectify building work after an occupancy permit has been issued[5].

Since the Supreme Court decision as a gesture of “good faith” LU Simon has offered to replace the cladding, with litigation in VCAT currently underway to determine where liability will lie for those replacement costs[6].  Estimates of the cladding replacement costs that the owners would have incurred have ranged from $40,000 to $60,000 per apartment[7].

In addition to the Grenfell fire over the past 11 years, there have been at least 15 other fires in high rise apartment buildings in the United Arab Emirates, Azerbaijan, Russia, Turkey, France, China, South Korea, and the USA[8].

ACP – How Widespread Is It

Audits are being conducted by the States and Territories in Australia to ascertain how prevalent ACP is.

In Victoria, following the Lacrosse fire, an audit of 168 central Melbourne buildings was carried out and 51% of those buildings were assessed as being non-compliant with the NCC.  Risk assessments carried out on those buildings by the VBA, with the City of Melbourne and the MFB, found there was no risk to the safety of any occupants.  One other building, the Harvest Apartment building in South Melbourne which fell outside the scope of the audit was, however, found to be non-compliant and required immediate action[9].

The Victorian Cladding Taskforce in its November 2017 Interim Report identified that through the Victorian Centre for Data Insights up to 1,369 privately owned buildings constructed since 1997 in three specific categories were likely to contain combustible cladding.  The three categories of buildings considered were:

The VBA is currently carrying out an audit of those buildings and is contacting residents, owners’ corporations and owners.

In NSW it has been reported in the media that there could be as many as 2,500 buildings that are affected by ACP, based upon documentation obtained by the opposition under freedom of information laws, however, the NSW government has refuted that figure is accurate[10].

The NSW Data Analytics Centre have identified that 1,184 buildings may potentially contain combustible cladding and as at 4 June 2018 there were 412 buildings that had been identified as requiring further assessment as a high priority[11].

The Victorian government has introduced the Building Amendment (Registration of Building Trades and Other Matters) Bill 2018 into parliament.  The second reading of the bill occurred on 7 August 2018 and debate has been adjourned to 21 August 2018.

The key reforms to address the use of non-compliant combustible cladding that are proposed in the bill are as follows:

On 18 December 2017, the Building Products (Safety) Act 2017 (NSW) (the BPS Act) commenced.  Whereas the proposal under the Building Amendment (Registration of Building Trades and Other Matters) Bill 2018 specifically targets combustible cladding that is considered by the Minister to be a high risk to public safety, the BPS Act gives much broader powers to the Fair Trading Commissioner to ban any building product that is considered to be a “safety risk” by causing or threatening risk of death or serious injury to the occupants of a building.

On 10 August 2018, the Fair Trading Commissioner gave notice of an intention to impose a ban, to come into force on Wednesday 15 August 2018, of any ACP with a core comprised of greater than 30 percent polyethylene in any external cladding, external wall, external insulation, façade or rendered finish to:

There will be an exception if:

Accordingly, the owners of buildings which contain a banned product may be issued with a building product rectification order under the BPS Act requiring remedial works to be performed to address the safety risk associated with the banned product.

NSW is also considering introducing a mechanism for building owners to “self-report” any combustible cladding to the Secretary of the Department of Planning and Environment with a register to be maintained on buildings which contain this type of cladding.

The draft Environmental Planning and Assessment Amendment (Identification of Buildings with Combustible Cladding) Regulation 2017 (NSW) was on exhibition for public comment until 16 February 2018 and has not yet been approved.  Key features of the regulation are:

In NSW the Home Building Act 1989 has been amended so that any building product which is the subject of a ban under the BPS Act is defined as a “major defect”, essentially attracting a 6 year statutory warranty period.  In addition, cladding that causes or is likely to cause a threat to safety to occupants of a building if a fire occurs is now classified as a “major defect”.

Building industry practitioners, owners and insurers should be aware that regulatory reform is coming for combustible cladding and with costly rectification costs likely to be incurred, building owners will be seeking to recover rectification costs.  While it is beyond the scope of this article, those claims will involve issues such as the type of combustible cladding used, design responsibilities, products specified, products used, BCA / NCC provisions which applied at the time of construction, statutory warranties, contractual terms, and any representations made concerning the combustible cladding products.