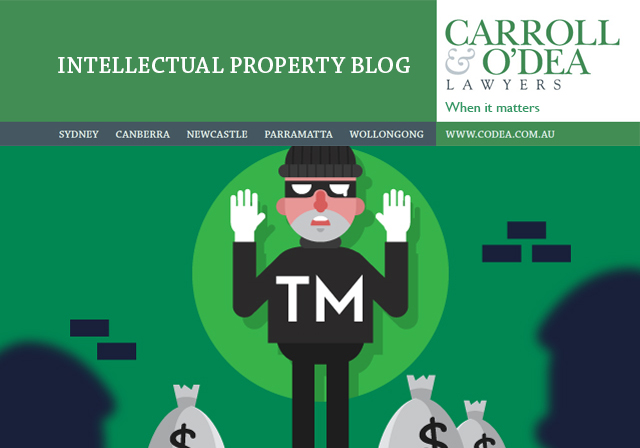 Published on October 3, 2014 by Patricia Monemvasitis and Kim Leontiev

If you hold an Australian Trade Mark registration, you are likely to receive unsolicited letters attempting to encourage you to engage the sender to carry out trade mark renewal and/or monitoring services.

These letters are sent by a number of companies (see list of the most common ones below) and whilst some of the companies are organisations which may actually provide the services offered by their letters, others merely represent themselves as legitimate trade mark authorities or service providers and will not actually provide the services offered even where fees are paid.

Therefore, it is important to be aware of such letters and note that even though they may look official and use accurate trade mark information like registration numbers, descriptions and images, they are not official letters from IP Australia – the Australian Government Agency that administers intellectual property rights and legislation in Australia.

If you, as a trade mark owner, find yourself a recipient of such a letter, do not contact the sender or make any payments prior to verifying the authenticity of the letter by contacting us or checking with IP Australia.

The following organisations have been identified by IP Australia as the common sources of these unsolicited letters:

It should be noted that this list is not exhaustive of all organisations and there may well be other organisations engaged in similar practices but not listed here.  Please contact us if you have any concerns or suspicions about the authenticity of unsolicited correspondence received in relation to your trade mark.