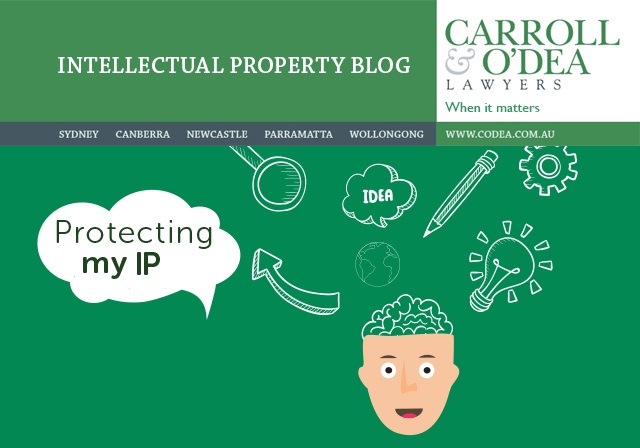 Published on November 6, 2014 by Patricia Monemvasitis and Kim Leontiev

What’s in a name? A short survey of the possibility of protecting personal names as IP

“What’s in a name?” asked William Shakespeare in Romeo and Juliet.  Not all the much was the bard’s own answer: “That which we call a rose / By any other name would smell as sweet” he wrote. Well clearly times have changed. In the buzzing commercial world we now inhabit it seems that few famous people will let their name lay idle amidst all the commercial opportunities from sponsorship and product deals to endorsements and entire enterprises. Any mall is replete with examples: there is Jaime Oliver cookware, Kardashian fashion, Lleyton Hewitt sports apparel, and Dick Smith has a range of foods and electronics. And it isn’t just products: there are hundreds of famous name charities and not-for-profit organisations, and even names on their own. The marketable value that can be gained by the use of famous personal names cannot be overstated.  Indeed, it seems that which we call a Jaime Oliver frying pan by any other name would not smell as sweet (or fly off the shelves as much). And that calls out for legal protection. But what kind of legal protection? And how is it obtained?

In a recent matter handled by Carroll & O’Dea, legal protection of a personal name of a deceased person was being sought by the legal representative of the estate of the famous person. In their lifetime, the deceased had risen to local prominence through his work and general involvement and leadership within the community. As shall be seen, the facts of the matter posed interesting questions with respect to which (if any) would be the most effective and appropriate legal protection for the personal name of the deceased.

Since every person has a name, the traditional legal protection for names has been the law of defamation. The law of defamation has and continues to protect persons from damage caused by the publication (written or verbal) of any untrue statement that harms their reputation unless there is a valid defence. Whilst a solid area of protection in many instances, defamation law is nonetheless burdened by its traditional limitations: tied to protecting the reputation and not the name itself, defamation law cannot offer protection to personal names where, for example, what is being said about the name relates only to the name or its use and not the person behind the name.  And of course, there is also Section 10 of the Defamation Act 2005 (NSW) which precludes action in defamation of or against deceased persons (and their estates).

Sometimes where a name is associated with goods and services, other torts like injurious falsehood or passing off and consumer laws may lend protection. The tort of injurious falsehood which protects against false statements about goods or services requires an element of improper motive often difficult to establish and like defamation will not be effective against publications which are proven true. The tort of passing off and statutory consumer protections like Section 18 of the Australian Consumer Law are broader in scope, but do ultimately hinge on consumer protection which means that unauthorised use of a personal name with a strong disclaimer can circumvent the protection as the consumers will not (or will not likely be) deceived or misled. Selling frying pans labelled “better than Jaime Oliver’s” or “Jaime Oliver could only dream of this” would not be the kind of misuse from which the consumer law protections apply. In the matter at hand, the consumer element was largely missing and so other options needed to be considered. In particular, Intellectual Property law protections were a promising prospect.

There is no specifically designated area of IP law that deals with personal name protection such as what Patent Law is for inventions or Designs Law for registered designs. Whilst once a possibility, the use of copyright law in protection of a name this was decidedly extinguished following the Exxon Case in which the English Court of Appeal ruled that copyright did not subsist in a name which despite the originality and inventiveness was too short and insubstantial to be a “work” for the purposes of copyright law.

This has meant that protection of names as IP has been left to trademark law. As an area associated with branding names and logos on products we buy, it often surprises people to read of personal name trademark registrations, but in the last few years celebrity names have led the way with Kylie Minogue, Sarah Palin and 50-Cent all getting trade-marked.

Like other signs under the Trade Marks Act 1995 (Cth) personal names are registrable subject to the Section 41 requirements of being capable of distinguishing the goods or services in respect of which registration is sought.  It is here then that the exact name and the goods or services begin to really matter. IP Australia’s Trade Mark Manual (the Manual) prescribes a Search For Australian Surnames (or SFAS) whereby prima facie acceptance will be granted to surname trademark applications where the search produces fewer than 750 results. The Manual also specifies that combining a first name and surname will typically make a personal name more distinguishing in relation to others, however goes on to warn that highly common names in relation to general categories of goods (e.g. John Smith for clothing) would still fail to meet the threshold of distinctiveness under Section 41. The likelihood of other people with these names wishing to trade in respect of those goods or services typically precludes registration.  The inherent commonality of most personal names is a well-known factor as demonstrated by the exception to registration with ASIC of a business name if that name is the holder’s personal name.

So it seems that whilst possible, personal name registration may not be so easy to attain. This is of course no different to the position with any other trademark which cannot be something incapable of distinguishing, that is, something that others might wish to use. Yet, it must be remembered that with the exception of invented personal names (like those used as product labels or stage-names), most personal names are not chosen. In most cases, the name we are given remains with us for life and, should we need to protect it, choosing a different more distinctive name is simply not a sensible option as in the matter being dealt with.

So what could be done?

To overcome the objection to registration under Section 41, evidence of use that has led to distinctiveness of the name in respect of goods and services for which registration is sought must be supplied. Yet, this can be a long and expensive exercise unless one’s name has already become prominently used (and thereby associated) with the goods and/or services for which registration is sought. A further problem, as was in the matter at hand, is that the use needs to be use as a trade mark as opposed to use which is merely descriptive. This requirement is not easy to satisfy particularly with personal names which rise to prominence through use which was not originally commercial or intended that way. This is further complicated by a personal name of a deceased person whereby posthumous use needs to be shown as use authorised by the estate. So much evidence of use can suddenly become irrelevant because although the estate might have had no objection, there was also no specific authorisation of the use.

Finally, it must always be remembered that as with other trademarks, registration does not guarantee ease of enforcement. Therefore even if a personal name is registered as a trademark, the owner must continue to use it as a trademark to ensure it can be enforced. It must also be noted that per Section 120(1) of the Trade Marks Act, one necessary component to succeed in enforcement action is that the infringing use must be use must be against the goods and/or services or such similar goods/services in respect of which the personal name trade mark is registered.

In the end, while the matter was able to meet Section 41 requirements, considerations like these show the special status and legal complexity of personal name protection. What’s in a name? A lot of law it seems.