How can we help? Not-for-profit - Australian Charity Landscape

Back to "Community & Associations Newsletter - June 2016" 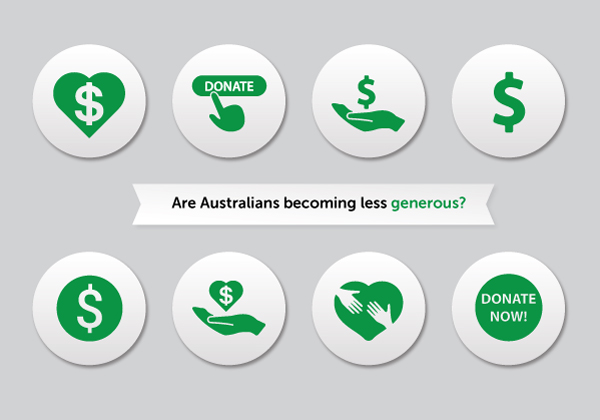 In 2012 Australia was, according to the World Giving Index, the most generous country in the world. In 2015 Australia’s global ranking dropped to fifth.

So, are Australians becoming less generous? According to a recent report released by JBWere Philanthropic Services, there is certainly more that Australians can do to support the country’s Not-for-profit sector.

Who gives to What

JBWere’s 2015 snapshot of Australia’s “third sector” revealed which Australians donated to what causes over the last year:

PAFs, according to a money manager quoted in Mike Seccombe’s Saturday Paper article on the Report, are designed to “allow individuals to make tax-deductible donations in a trust vehicle, and to control the direction of those funds.”

According to the Report, there are 1,400 PAFs in Australia, 43% of which are located in NSW. Welfare, followed by culture and education, were the most popular causes for PAF philanthropic donations.

In exchange for being granted tax exempt status, PAFs are legislatively required to donate 5% of their net assets yearly to philanthropic causes. However, the Private Ancillary Fund and Public Ancillary Fund Amendment Guidelines 2015 (Cth), as the Saturday Paper reports, proposes reducing the percentage PAFs are required to donate to only 2% per year. Seccombe estimates that this change “would potentially cut [the] annual income [of charities] from these trusts by 60 per cent.”

According to JBWere, “10 new charities [are] established every day.” In both Australia and the UK the “proliferation and duplication of charities” has been criticised. In Australia, World Vision’s CEO Tim Costello has said that “fewer charities… might actually mean more and better services if we can build our effectiveness and reduce duplication”, while Susan Pascoe says that the ACNC “encourage[s] people to consider working with an already established charity, rather than starting a new charity and using valuable resources on a set up.”

In his summary of the Report, Mike Seccombe succinctly writes, “The message from the sector is this: If you are not donating to charity, start doing it. You can afford it. And if you are thinking about starting one, ask yourself if it is the best way of addressing the cause, or is it better to work through an existing organisation. And if you’ve already got one, consider to what extent it’s about ego or the outcomes.”

It certainly seems that more can be done by both Australians, and Non Profit institutions themselves, to improve the effectiveness of Australia’s charitable sector.