Back to "Community & Associations Newsletter - June 2016"

First there was cake, but now there’s no venue – more developments in gay marriage discrimination cases 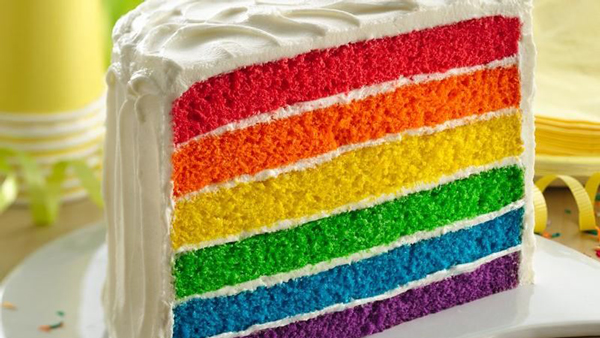 Readers might recall our article in the September Newsletter last year concerning the Asher’s Bakery case before the European Human Rights Commission. The Commission found that the bakery could not avoid penalty under Northern Ireland’s equality and fair treatment laws on the basis that the Christian faith of its owners precluded it from fulfilling an order for a cake decorated with slogans in support of gay marriage.

Several months (and several other gay marriage discrimination cases later) yet another discrimination case has been decided. Gifford v McCarthy or Gifford v Erwin (NY Sup Ct Appellate Divn, 3rd Dept; 14 Jan 2015, no. 520410) (“Gifford Case”) concerned the proprietors of a large barn used for wedding ceremonies who declined to host the ceremony of a gay couple in Schaghticoke, Rensselaer County USA. The Court’s findings that the proprietors could not validly rely on religious justifications for the discriminatory conduct reveals the far-reaching effects of anti-discrimination laws in relation to sexual orientation as expressed through gay marriage.

Central to the Gifford Case was the New York Human Rights Law statute that declares it unlawful for any “owner, lessee, proprietor, manager, superintendent, agent, or employee of any place of public accommodation, resort or amusement” to deny to any person the accommodation, advantage, facility or privilege of the place on the basis of (amongst other things) sexual orientation. The facts of the case are that Ms McCarthy inquired about the use of the farm for an upcoming same-sex marriage ceremony. It was alleged that the Giffords told Ms McCarthy that they do not host and conduct same sex weddings on their farm, on account of their Christian belief that same sex marriage is not Biblically permitted. Ms McCarthy and her partner filed a complaint with the Division of Human Rights which found the Giffords had discriminated on the basis of sexual orientation in contravention of New York Human Rights Law statute. The Giffords appealed this finding to the New York State Supreme Court.

On appeal, lawyers for the Giffords argued that the refusal to host the same sex marriage ceremony due to their religious convictions did not constitute unlawful discrimination on the basis of sexual orientation. There were two main bases for the argument:

The Court dismissed this argument holding that the close and inextricable correlation between sexual orientation and the conduct engaged in (same-sex marriage) meant that the distinction argued by the Giffords could not be sustained. The Court also rejected the First Amendment claims, noting that US precedent dictates that the First Amendment protects only against government interference with or regulation of the exercise of religious practice. Meanwhile, the protection of free speech was found not relevant here in so far as a “reasonable observer” would not perceive the use of the venue for a same sex ceremony to be an endorsement of same sex marriage.

The Court’s approach in the case moves judicial precedent towards a view that acceptance of, or refusal to, providing artistic and creative support for same sex weddings is inextricably linked to acceptance and discrimination on the basis of sexual orientation, and that reliance on freedom of religion grounds are not sufficient in themselves as a defence to a discrimination.

With no decided cases of this nature in Australia we can only speculate on the approach of the law here. Anti-discrimination statutes in the States and at the Federal level prohibit discrimination on the basis of sexual orientation in relation to the provision of services and feature express exemptions for “religious organisations” (e.g. church run schools or retirement villages). This exemption would arguably not extend to small and medium commercial enterprises. Further, unlike in the US, Australia does not have a Federal Bill of Rights and the Constitutional protections as to religion under Section 116 and the implied freedom of political communication would only protect against Federal statutes curtailing these freedoms. These protections would also not apply at State level. Perhaps the most important factor is the definition of “sexual orientation” under Section 4 of the Federal Sex Discrimination Act 1984 (Cth) which is not expressed to cover “conduct” or “behaviour”, but rather only the “orientation” itself. Whether this will prove to have a material effect on establishing a defence on the distinction between discrimination as to the message/conduct and orientation itself is yet to be seen. Until then, cakes and venues may remain quite uncertain.